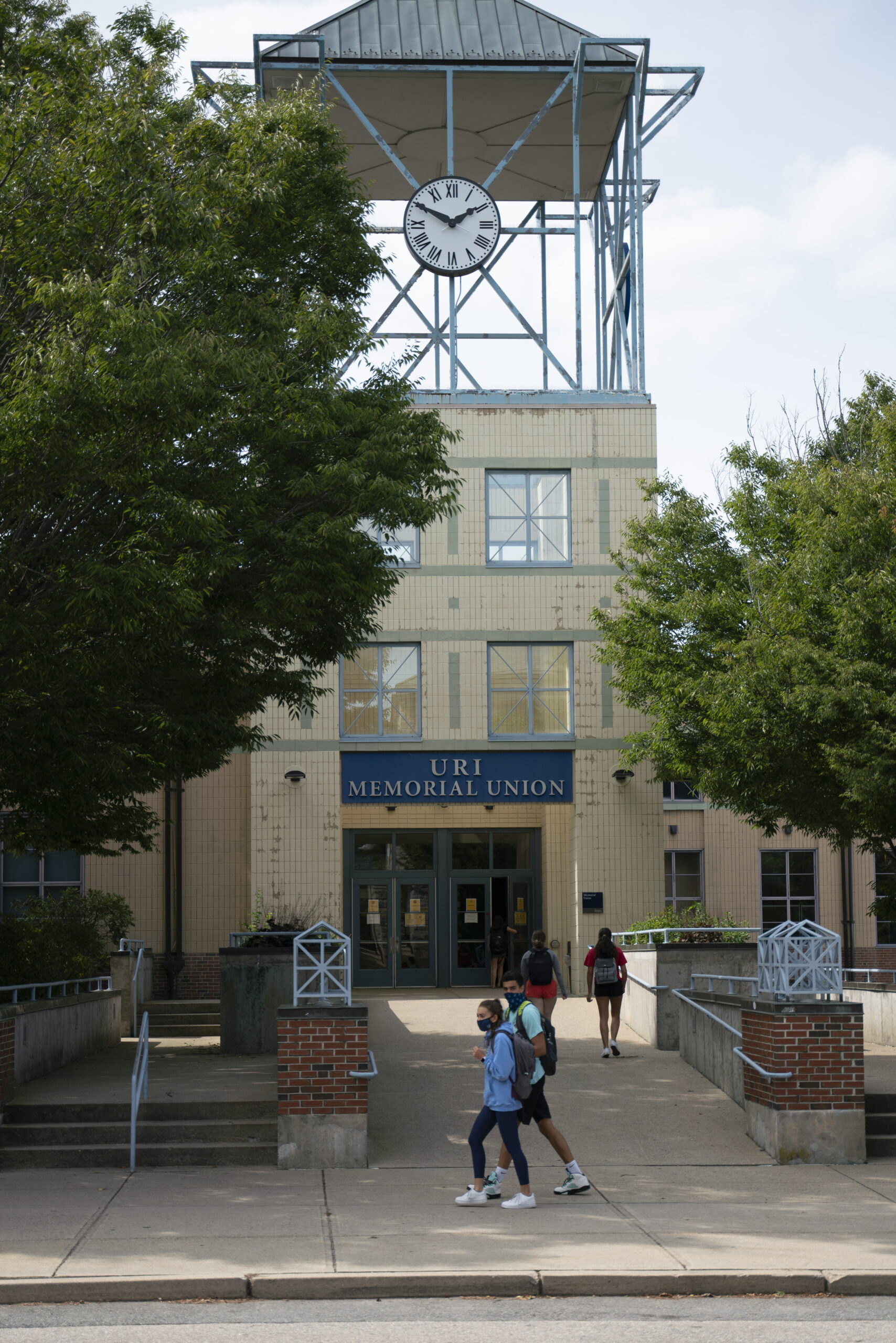 The Memorial Union imposes limitations on student organizations due to COVID-19. Photo by Ethan Pellegrino.

Walking into the Memorial Union this semester, it is easy to see that things are different: there’s tape on the floor directing how students walk, hand sanitizer dispensers at every corner and plexiglass at service desks.

The coronavirus has changed every fundamental aspect of our lives within a matter of months, all with the goal to slow down the spread of the virus. Life in the Memorial Union has changed dramatically, resulting in a lowered capacity for every room.

Carl Stiles, director of the Memorial Student Union, has worked diligently alongside the rest of the Memorial Union staff throughout the spring and summer to make the necessary accommodations for this semester.

“We began the process while students were still doing remote learning in March and April, recognizing that we had to change how we did our business, meaning providing safe distancing between people,” Stiles said.

Part of this process was determining the number of people that could occupy each space in the building. Stiles says that the Union used a simple formula to determine how many people would be allowed in each room.

“Each room has a set square footage and what we did was took that number and divided it by 36 square feet, which gives you six feet around yourself, and that gave us a number,” Stiles explained.

The room occupancy restrictions make things much more difficult for clubs that heavily rely on their spaces to conduct business. Stiles acknowledged the challenges these restrictions present, but also that keeping the community safe is the priority.

Angel Vega, the president of the multicultural organization Latin American Student Association (LASA), expressed how vital the Memorial Union is to her organization.

“90 percent of the things that we do involve the Memorial Union,” Vega said. “It also helps us when it comes to getting to know our members and interacting with them.”

Typically, LASA holds the first large-group gathering of the semester in the Memorial Union as well as its annual ‘LASA Week’ during the fall semester. With the new restrictions, these events can no longer occur, making it harder for the organization’s executive board to plan for a great semester.

“I’m extremely concerned because we are not allowed to have in-person meetings,” Bove said. “We aren’t going to be able to take advantage of the energy of an election year, typically when we get most of our new members.”

In a traditional election year, the club would have hosted one or two special events every month in the Memorial Union, ranging from debate watch parties and voter registration drives to give potential voters an opportunity to understand each candidate and the importance of voting.

For now, both clubs will opt for virtual meetings and events and hope that the pandemic is slowed to allow some changes within the Memorial Union.

“It all depends on what the COVID-19 taskforce says what we can and can’t do,” Bove said.

Vega echoed Bove’s statements, but stated their number one priority is keeping everyone safe.

For students that are still looking to meet new people and get involved, the Union has sponsored several socially-distanced events at Meade Stadium and put together a virtual student organization fair to give them this opportunity. According to Stiles though, they shouldn’t expect large-scale social gatherings anytime soon.

“We are currently looking at a variety of programming options,” Stiles said. “We are doing larger scale programs that students can drop by. We’ve done Stuff-A-Ram, zen gardens and some larger events at Meade Stadium that have all been spaced out, but it’s going to be all virtual pieces and grab-and-gos.”

Any future changes within the Memorial Union will be determined by the university as well as what state and local officials learn about how the state is progressing during the pandemic. To learn more, visit health.ri.gov/covid or uri.edu/coronavirus.