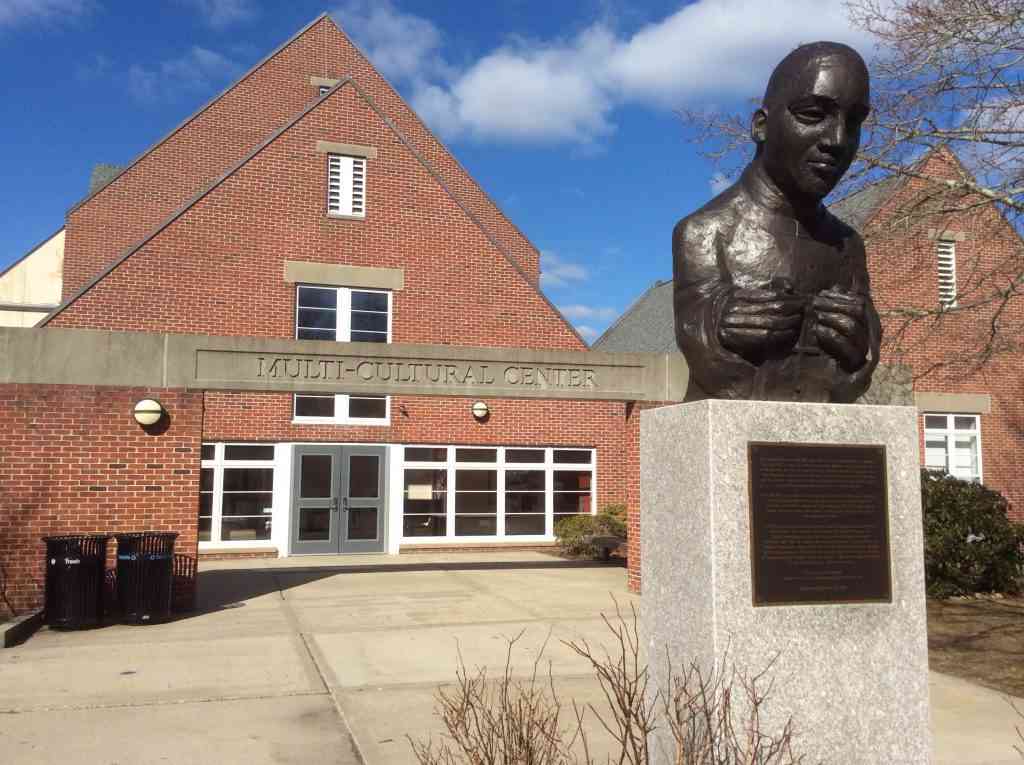 The Multicultural Student Services Center, located next to the Memorial Union, welcomed Joshua Segui as its interim director earlier this year. Photo from uri.edu.

The University of Rhode Island Multicultural Student Services Center (MSSC) recently appointed Joshua Seguí, a former director of the Brown University Center for Students of Color, as  interim director for the 2020-2021 academic year.

The position initially opened up in June when George Gallien, the previous director of the MSSC, left.

Vice President for Student Affairs Kathy Collins said that when the position opened up, she wanted to make sure it was filled as soon as possible.

“This is such an important position that I did not want the position to be empty long, in light of the services that the center provides for our students,” Collins said. “A full search would take much longer to do, and a full search would certainly be really difficult in COVID.”

The MSSC helps organize events involving social justice on campus, as well as supporting other multicultural organizations on campus.

One of Seguí’s top priorities as interim director is to further develop connections between the center and student leaders.

“I want it to be unapologetically student-centered,” Seguí said. “I want students to feel like this is their home. I want this space to be warm. I want students to know that we’re going to be responsive to them, both in moments of joy and celebration and in difficult moments.”

Seguí highlighted an event that the MSSC hosted on Oct. 1 for students to talk about and honor the life of Breonna Taylor, a victim of police brutality, in collaboration with the Multicultural Unity and Student Involvement Council (M.U.S.I.C.) and Powerful, Independent, Notoriously, Knowledgeable (P.I.N.K.) Women. He said that this was an example of the Center getting involved with similar student organizations and building up relationships with them.

Seguí also said that he was currently planning events to get more students involved in the MSSC, even if they aren’t as involved in activism or social justice causes.

“I’m planning to host, this semester for sure, an event titled something like ‘Black, Brown and Nerdy,’ which is going to be about people of color who really enjoy fantasy, or cosplay, or play Dungeons and Dragons, who are really into video games, and to see what it’s like to be involved in these spaces that are often predominantly white,” Seguí said. “People who may attend that event maybe wouldn’t necessarily be involved in these other [organizations], and this event is going to be touching on something that they may be passionate about, but it’s also going to talk about justice topics.”

Before coming to URI, Seguí worked at Brown University as the director of the Brown Center for Students of Color for four years and was an assistant director at that center for three years before that. Seguí said that the main difference between Brown and URI that he had noticed so far was that the URI community was a lot more local.

“It feels way more connected to Rhode Island,” Seguí said. “Even in terms of my activities outside of work, I feel like there are so many alumni who are present in Rhode Island and who are involved, whether it be in local politics or activism.”

Collins also said that Seguí being local really helped in URI’s search for an interim director.

“A lot of people right now don’t want to relocate, and certainly people aren’t going to relocate for an interim job,” Collins said.

Seguí will serve as interim director through June 30. After that, Collins said, a permanent director will fill the position, although she noted that both Seguí and Interim Assistant Director Bobby Britto-Oliveira are welcome to apply for their positions full-time.

“We’ll start a search in January, we’ll do a national search to fill the position with the goal of having the permanent director in place by July 1,” Collins said.