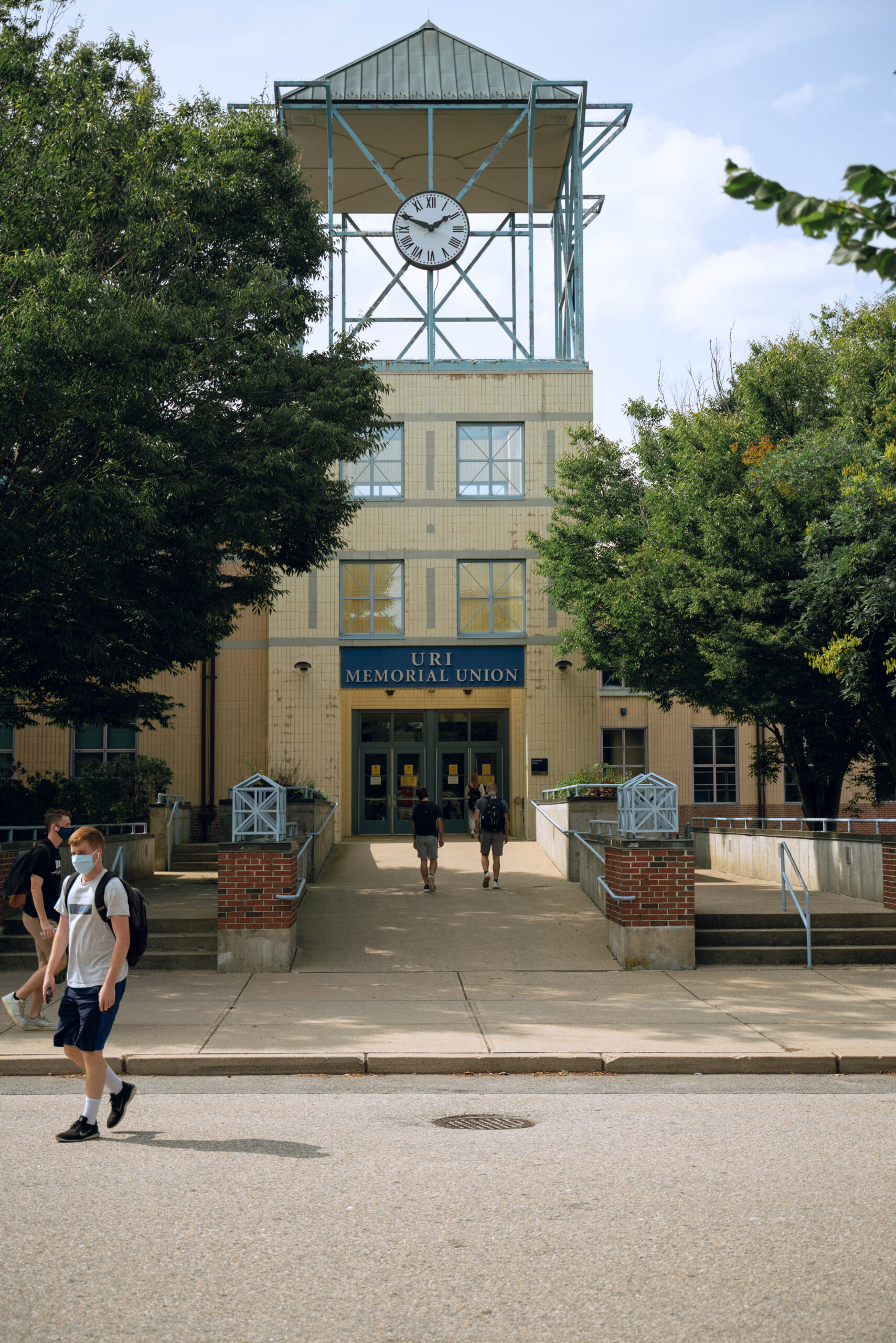 The Memorial Union as it stands today has not been renovated since 1992. Photo by Ethan Pellegrino.

Renovations to the Memorial Union have been indefinitely delayed due to construction of a new health and counseling center taking priority.

According to Memorial Union Director Carl Stiles, the University has been discussing renovating the student hub for at least two years. Although no plan has been finalized yet, some of the proposed renovations include the creation of more student organization spaces, unifying the appearance of the building’s exterior, replacing the roof, creating storage space and raising the courtyard outside the Ram’s Den so it is more level.

Director of Planning and Real Estate Development Ryan Carillo said that the main goal of the renovations is “compartmentalizing” sections of the building, so similar services are located in certain wings, and are open for different hours. He described initial plans for construction as “broad brush,” and adding about 9,000 square feet to the existing 133,000 square-foot building.

“A lot of it is moving space around so it’s more accessible for students,” Carillo said. “We’re thinking of moving dining services downstairs, repurposing that area as a larger function space near the pool tables, repurposing sections of the building into zones with different hours and providing outside vendor and retail space. And an addition would provide more space for activities, but also outside of the bookstore there is the depressed courtyard area.”

The Memorial Union was originally built in 1954. In 1964 the University added an expansion that includes what is now the Ram’s Den and the bookstore, and in 1992 they opened an addition to the western side of the Memorial Union, creating atriums and offices.

The renovations are expected to cost between $60 million and $70 million dollars and would take approximately five years to complete, according to Stiles, since the University wants students to be able to use parts of the Union even when others are under construction. However, the project, as well as construction of a new health and counseling center, could not be funded by the state since both are considered “supplementary services” to the University.

“Both Health Services and the Memorial Union are both classified as auxiliary services, meaning we receive no money from the state or from tuition,” Stiles said. “The funding is all based upon student fees. So, to do both projects we have to increase the fees. And we didn’t want students to have both increased in the exact same time because it’s a lot. So we delayed the Memorial Union [renovations]. “

University President David Dooley explained that particularly during the COVID-19 pandemic and its impact on the economy, the University wanted to keep student fees low.

“We had a great deal of money on hand and cash that we were going to use to get both those projects started,” Dooley said. “And one of the outcomes of COVID is we’ve had to use a lot of that money both to give refunds to students halfway through spring break and a number of other things that were necessary because of the pandemic. So that is going to delay the start of the project a little bit because it will take us time to rebuild that cash back up so that we can make those essential down payments on the design and construction of both those buildings. And the point there is to keep the amount of borrowing we have to do and therefore keep the student fees as low as we possibly can.”

Stiles also explained that the University is taking initial steps to give parts of the Union a small facelift, including repainting walls and installing new projectors.

The aftermath of the COVID-19 pandemic will definitely impact the final design of the renovations, according to both Stiles and Carillo.

“[Heating, ventilation and air conditioning] will be very different post-COVID and whether or not we have ionization systems that can disinfect air streams will definitely be impacted,” Carillo said. “How we lay out retail, social spaces being impacted in layout, that can all change due to COVID. But I think we’re too close to the pandemic to understand exactly what that will all mean, because frankly, that’s to be determined.”

Carillo concluded that renovating the Memorial Union is important because it is a tentpole for many students’ campus experience.

“I think it’s a wonderful project that will have an effect on the whole student body,” Carillo said. “Unlike some of the other projects we do, for example [Housing and Residential Life] projects, they only impact those who live on campus. But the Memorial Union impacts all students, all students have equal access to that building, and it’s an exciting project to do, and we’ll produce student space we don’t currently have on campus.”