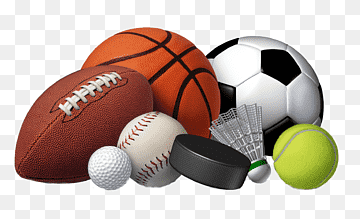 The circumstances brought on by COVID-19 this semester has made it difficult for students to be active and join-in on different activities on campus, yet intramural sports has been an exception.

Sean Butler, the coordinator of intramural sports at the University of Rhode Island, believes that these events have become especially popular with students who feel limited by virtual events and want to seek out a more personal connection with their peers.

“We’re one of the places where we can still really still have social engagement and interaction safely,” said Butler. “People are craving in-person, social interaction.”

For the fall semester, there are a variety of different events being offered. These range from virtual experiences such as e-sports and virtual trivia, to in-person activities that provide competition while maintaining minimal contact between players. These events include soccer, volleyball, spikeball and more. Butler said several teams still have open roster spots, and interested students are still able to sign up until the end of October.

As with all sporting events this fall, several new safety protocols have been put in place in order to prevent the spread of COVID-19. Butler said players must complete the University’s daily health assessment before checking in, and start times of some events have been staggered in order to limit contact between students.

Teams will now have smaller roster limits when it comes to larger events this semester. Instead of having seven players on most teams, Butler said teams are now limited to only three or four. This will particularly affect soccer, which typically involves lots of students playing in a small space, changing the tournament from its usually 7v7 format to 4v4.

“Things like soccer, we’re doing it a little bit differently where there’s no goalies and we’ve got teams on opposite sidelines,” Butler said. “Anyone who played in the past would know that it was kind of like a big gathering of people in the middle of the field that we can’t really do anymore.”

Arguably the biggest and most notable change when it comes to intramurals is the requirement of face coverings at all times, which includes during the game. Butler acknowledged that this may be a difficult thing for students to get used to, but emphasized that it is essential in order to play.

“While it’s hard sometimes to play with those face coverings, we know that when you’re active the particle dispersal is much higher,” he said. “Even in our fitness centers, we have to have face coverings while working out.”

The regular season for most events lasts until Oct. 28, with playoffs taking place the first two weeks of November. Although in-person intramurals for the semester will be completed following the playoffs, the addition of e-sports and other virtual events will give students lots of options, even beyond when URI goes completely remote after Thanksgiving break.

“Those are meant to be kicked into high gear in November, right around the time that we’ll be going home,” Butler said. “The virtual options are a great way to still stay engaged when we are going home around Thanksgiving.”

E-sports offerings this year will include Madden NFL, NBA 2K, Mario Smash Bros. and potentially Mario Kart. Registration will begin in a week or two and a full list of offerings will be available soon on IMLeagues.com.