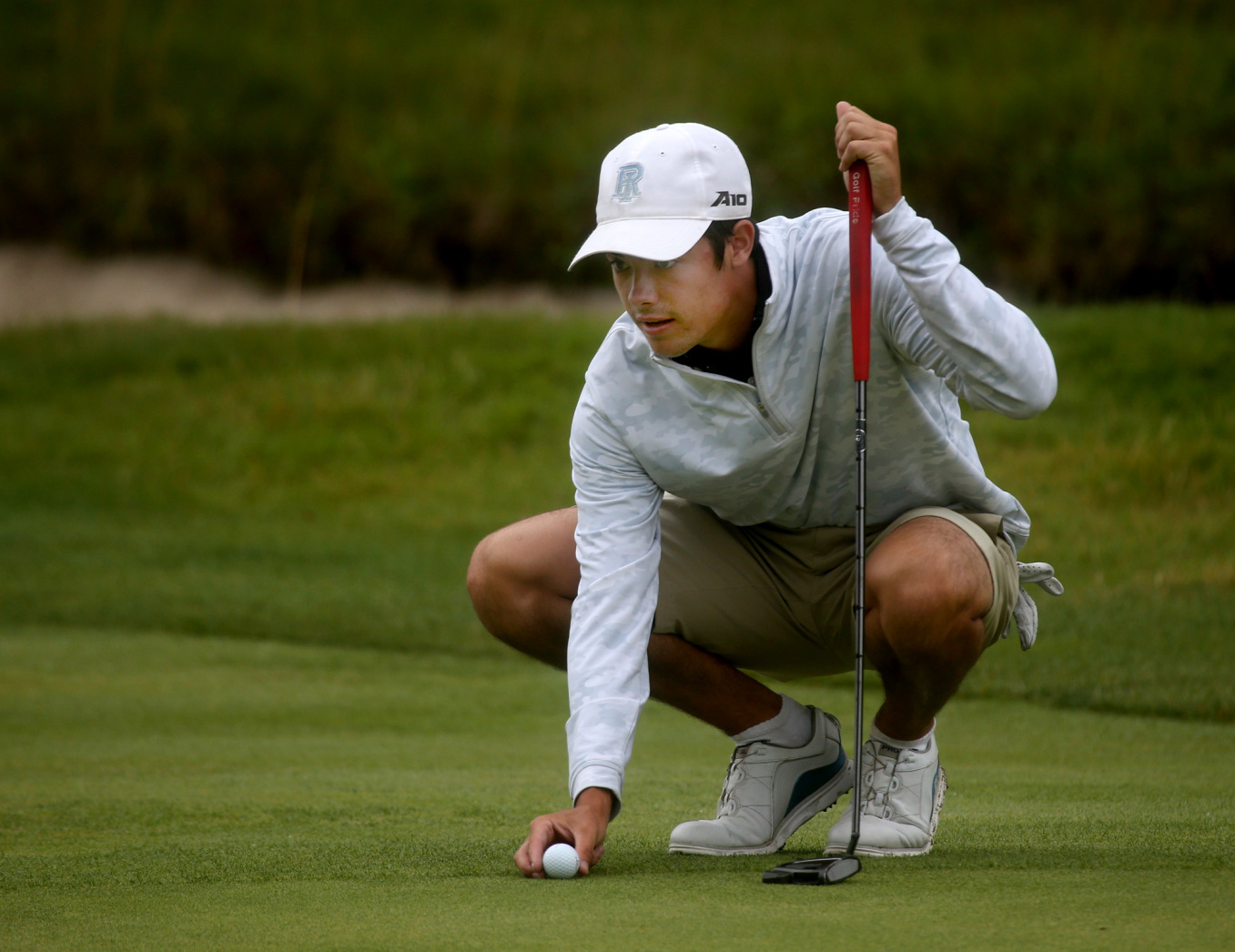 Senior golfer Chris Francoeur has been preparing for the upcoming season despite challenges stemming from the pandemic. Photo from the Boston Herald.

Senior Chris Francoeur made headway over the summer for the upcoming fall golf season that ended up being nonexistent.

Following his departure from Kingston in the spring due to the coronavirus pandemic, Francoeur found it difficult to continue practicing. All courses in his vicinity were shut down due to the virus. As such, the 2020 New England Golfer of the Year turned to Amazon to acquire a few pieces of equipment to turn his backyard into a new green.

In due time, May came around and Francoeur headed straight to the tee box.

Over the summer, Francoeur bulked up his resume. He acquired four titles to hold under his belt, finishing in first place in 112th Mass Amateur Stroke Play, the Ouimet Memorial Tournament, the Bay State Shootout and the Gately Cup.

“I had a pretty good summer,” Francoeur said. “I won a professional event and that was one of my highlights overall.”

Francoeur’s first competitive appearance on the links took place in the Ouimet Memorial Tournament, hosted by the Woodland Golf Club this summer. Here, he shot 10 under par with two birdies in his final two holes. This was only the beginning of his dominant summer.

The Bay State Shootout was a professional U.S. Challenge Cup stroke play event hosted at the Ledgemont Country Club in Seekonk, Massachusetts. Three golfers in the field had played on the PGA Tour and two are now playing in the senior tour: Jim Renner and Fran Quin Jr.. Francoeur shot better than all of them, 10 under in two rounds, and won the title by a single stroke.

More recently, last Tuesday he competed in the Ledgemont Amateur and shot 72-72 to win by two shots over his teammate at Rhody, Brandon Gillis.

While the eight-membered men’s golf team roster will have no season this fall, they hope to have their season moved to the spring. In preparation, Head Coach Gregg Burke setup tee times for the team to play on local courses in groups of four to accommodate their differentiating schedules.

Francoeur graduated from St. John’s Prep in Danvers, Massachusetts in 2017. As an Eagle, he was a dual-sport athlete participating in both baseball and golf, and struggled to separate the two sports.

“People don’t know this about Chris, but when he was in high school, he was a better baseball player than he was a golfer,” Burke said. “He didn’t know how to play golf, he knew how to hit a golf ball.”

Under the reign of Coach Burke, Francoeur learned how to practice, how to play and how to be committed. The bond between the two grew tremendously over the course of three years.

Over the summer, Burke attended two of the tournaments that Francoeur participated in and the two golf together outside of practice for the Rams.

“Chris has become a son to me,” Burke said. “He’s a better person than he is a golfer.”

The outlook on continuing the golf season in the spring is unclear, but Francoeur is ready to make his senior season his best one yet.