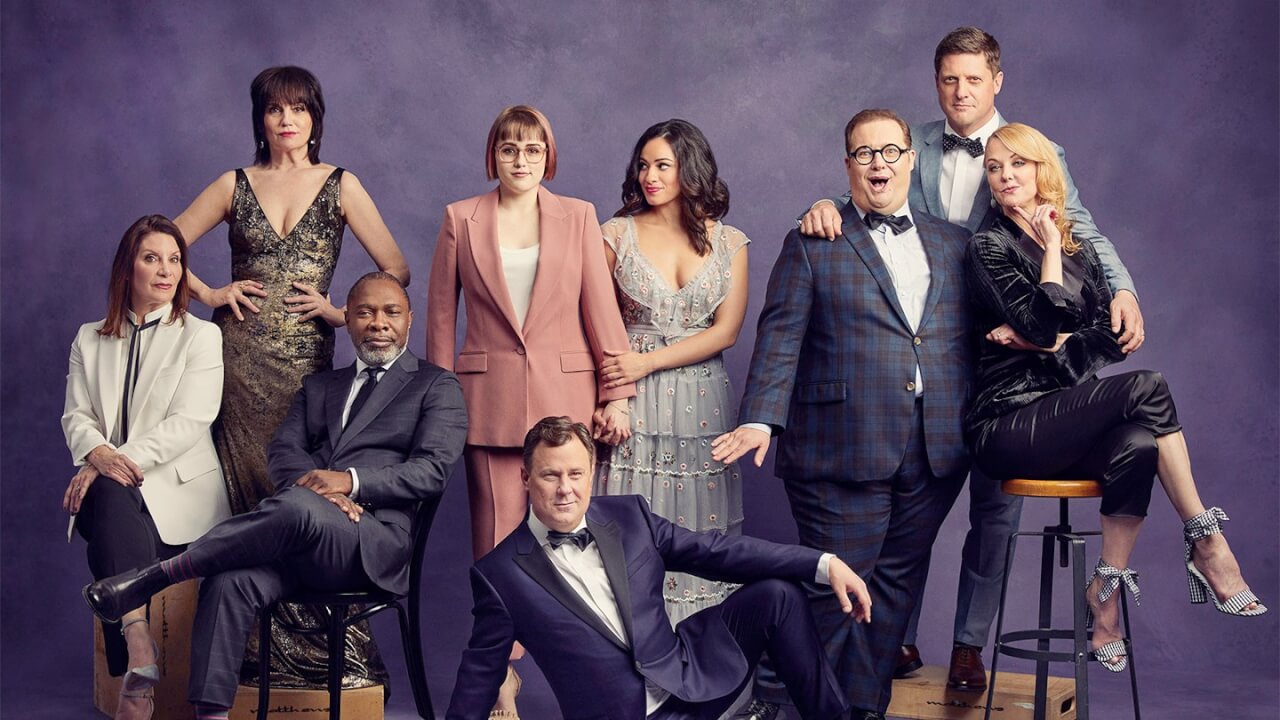 When I listened to the song “Tonight Belongs to You” from the soon-to-be-released Netflix film “The Prom,” I wasn’t transferred back to the Longacre Theatre where I saw the original stage show live in January 2019, nor to watching the Tony Awards performance on television that June. Instead, I was left with a feeling of disappointment and confusion regarding the choices Ryan Murphy made to not only change parts of the song, but the casting as well.

In April 2019, following a special charity performance of the musical benefiting the Hetrick-Martin Institute, GLAAD and the Trevor Project, “Glee” and “American Horror Story” creator Murphy announced that he’d be adapting the Tony-nominated show into a Netflix movie. Two months later, the producers announced the surprising closing date of “The Prom” on Broadway. Less than a week after that, some of the star-studded cast members for Murphy’s film, including Meryl Streep, James Corden, Andrew Rannells, Nicole Kidman, Awkwafina and Keegan-Michael Key, were announced.

Following that casting announcement, Paul Wontorek, editor-in-chief of Broadway.com, took to Instagram to say, “I’ve been kind of dreading the day that the super awkward news about the movie cast of @theprommusical would come out since I can’t remember another original Broadway company having to learn of movie casting of their roles while still performing eight times a week.”

Original Broadway cast members Angie Schworer and Isabelle McCalla liked the post and commented to thank Wontorek for his message. Many fans also took to the comments to express their frustration and disappointment at the timing of the news, especially because the show would be closing at what seemed to be a premature time, leaving the show with just a ten month run. It’s not easy to mount a production that recoups its investment, especially when the show failed to win all six of the Tony awards they were nominated for, going up against the biggest hit of the year, “Hadestown.”

While I was excited for some of the big names announced, I couldn’t help but share that feeling of disappointment. Not only was this show that I had fallen in love with unexpectedly closing, but the timing made it feel like Netflix and Murphy were completely disrespecting the original Broadway cast. It didn’t help that he’d made the movie announcement at a curtain call, meaning the entire cast was in attendance for the news.

I was only made more frustrated by the post Caitlin Kinnunen, who originated the leading role of Emma in both the debut production in Atlanta in 2016 and on Broadway, earning a Tony nomination, made on Instagram in September of this year.

“The truth is, I’m very sad about this movie,” Kinnunen wrote. “It hurts every time I see something about it on my feed. This show has a large piece of my heart (it always was) and to be done and celebrated (by many industry peers) without so many of the [Original Broadway Cast], including people who these roles were written for, hurts. One minute you’re nominated for a Tony, and the next you’re told ‘no.’”

She then edited the post to add, “This is not about me being the only Emma. Not at all. It’s about respect and how it was handled. We have to do better. This industry has to do better.”

To know that Netflix and Murphy had original cast members audition for parts that they had created, ahead of the end of their run, only to have the roles be given to others, made me not even want to watch the film at all. It wouldn’t be the first time this type of casting decision has been made. In fact, movie musicals have been doing this for decades.

For the 1969 film, “Hello Dolly!” Barbra Streisand was cast in the title role, fresh off the success of the “Funny Girl” film, while Carol Channing, who had won a Tony for originating the role on Broadway, wasn’t even considered. It didn’t help that Dolly Levi is meant to be an older widow and Streisand was just 27 as opposed to Channing, who was 48.

In 1994, Channing told the Miami Herald of the casting of Streisand in the film, “it was suicidal for me. It’s like somebody taking your baby. I was there when it was created. I’ve never really dwelled on it; it’s painful to me.”

While the way the casting was done was extremely upsetting to me, it is not the fault of the cast itself. “The Prom” tells the story of Emma, a teenage lesbian in a small town of Indiana who just wants to take her girlfriend Alyssa, who is still in the closet, to prom. Alyssa’s mom, Mrs. Greene (Kerry Washington in the film), the head of the Parent-Teacher Association, cancels the prom to keep her from attending. Washed-up Broadway stars Dee Dee Allen (Streep) and Barry Glickman (Corden), who had their show, “Eleanor!: The Eleanor Roosevelt Story” close after just one performance, decided to make this prom a cause to help rehabilitate their reputation and status.

I was very excited to see both of them bring the characters to life, knowing that they’re queer actors making big strides in their careers with this Netflix film. In a show that made history having the first same-sex kiss broadcast at the Macy’s Thanksgiving Day Parade, having LGBTQIA+ characters represented by those in the community was very important to me as a community member myself.

Yet when I watched the trailer, they were barely in it; it seemed like they were shoved to the side in their own story. Alyssa does serve as much more of a supporting role, but Emma is the clear lead. Instead, I watched flashy Vegas-like scenes that looked completely out of place in the story full of shots of Streep and Corden, effectively sidelining the teenage characters. As Dee Dee sings, “this is all about Emma and not about me.” Murphy must have missed that lyric.

With Broadway shut down and those working in the industry remaining unemployed for over a year, it’s even more disheartening to see roles they originated being taken over on the big screen by big name stars. As Kinnunen said, the industry needs to do better and they certainly can do so by either releasing pro-shots instead of adaptations or working to cast the Broadway talent that’s already there.

I’ll be watching “The Prom” in December when it’s released, hopeful that I’m wrong in my assumptions that it’s not going to even remotely live up to the Broadway production, but for now, I’ll be streaming the original Broadway cast album in hopes that when Broadway returns and the next wave of movie musicals come along, the hard work the actors put in will be properly recognized in Hollywood as well as on the stage.