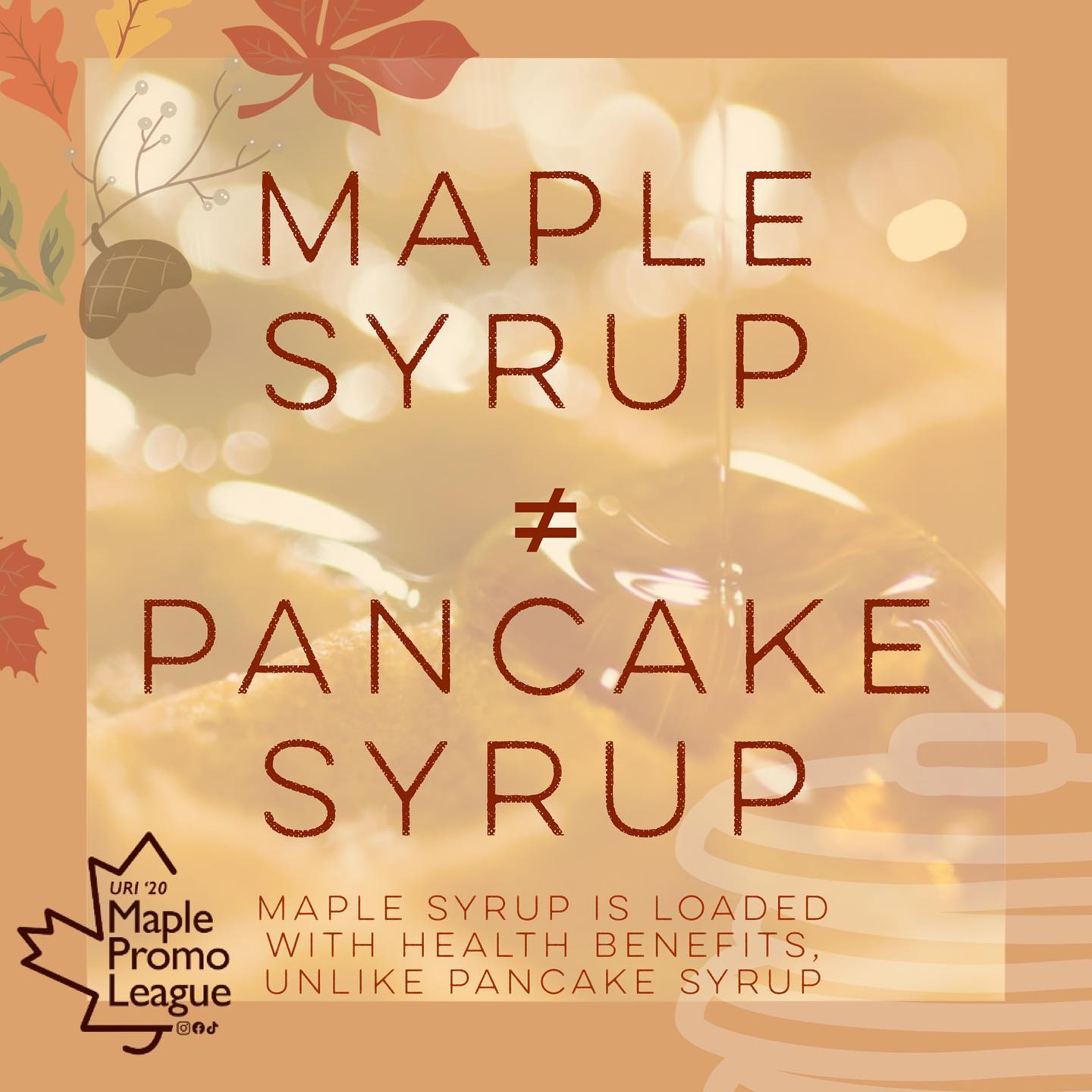 The University of Rhode Island’s BUS 475 students, specifically those involved with the Maple Collaborative, have gained interdisciplinary experience with marketing and social networking through professor Christy Ashley’s course.

Ashley is a trailblazer for URI’s Maple Collaborative which assists in promoting the benefits of maple products to the public while engaging students in social networking techniques. With the help of a grant from the United States Department of Agriculture (USDA), students are given the opportunity to use marketing tactics via Instagram, Twitter, Facebook and other social media platforms to inform consumers about the health benefits of maple products. This is designed to expectantly contribute to the rise of the maple industry. BUS 475 is cross-listed as MKT 475 and encourages small group collaboration in conjunction with individual strategizing.

“My class has been charged with engaging the end consumer,” Ashley said. “They have different target audiences in mind on social media to try to increase the likelihood that they consider purchasing or using more maple.”

This small group of 15 students are provided with a $3,000 budget directly from the USDA grant which assists them in attacking their task from numerous angles. From infographics to advertisements, the students publish content on various channels to later interpret engagement results and alter their operations moving forward. According to Ashley, this behind-the-scenes analysis takes up approximately 30 percent of the overall course.

Ashley also offers simulations to the class which assists them in developing mature customer service skills. Students are presented with scenarios where they must respond to faux patrons and create dynamic relationships with consumers.

Although those participating in maple promotion at URI are not the sole contributors to the industry, Ashley believes that their hard work has made an impact, especially on those who have been reached by the students’ online promotions.

“The course itself is making an impression by reaching a lot of people and sending the messages to different audiences, but we are only a small piece of a much larger project,” Ashley said.

Due to the COVID-19 pandemic, students have observed unique challenges faced by the maple industry while they conduct their work. Maple sales increased during the peak of the virus, therefore increasing the supply demands. Ashley’s class has watched as local distributors alter their manufacturing and sales which has contributed to their perspective of working within an ever-changing industry.

The maple promotion students have also taken to new sites in order to broaden their outreach. Most recently, this group has utilized TikTok as a marketing strategy, recreating the viral video of a man skateboarding to Fleetwood Mac. The student sipped on maple water instead of cranberry juice in their version in order to promote the product.

This semester, two other groups of the course have participated in BUS 475, approaching the subject from a different viewpoint. Rather than maple, these students focus their studies on hate-based violence prevention and protection, and their efforts are funded by the McCain Institute.

The creativity and intuition demonstrated by both groups of students have made a great impression on Ashley.

“These groups, they’ve been really resilient and really creative with getting the message out there, and so I’m really excited about the work that they’ve done,” she said.

According to junior Audrey Hammond, the material covered in BUS 475 has provided insight on topics which are often overlooked. Working with paid promotions, for example, has taught Hammond that when advertising, the students must consider which time of day an advertisement should be released in order to reach a broad audience.

“The psychological science of it is something that I never really thought about,” Hammond said. “When you post in between certain times, you might get a higher reach, but if you post between different hours, you might not get as much. It’s very interesting.”

The course has not only influenced people via social media. Hammond noticed that through promoting maple in class, her liking for the product has grown as well. The versatility of maple is what draws Hammond in, from using it as a coffee sweetener to using it as an anti-inflammatory product.

Hammond attributed the course’s success and enjoyment to the guidance the students receive from Dr. Ashley. Hammond believes that Ashley’s work with the Maple Collaborative has positively impacted the abilities of her students.

“Dr. Ashley has absolutely been a delight in terms of the class,” Hammond said. “She truly does care about her students and cares about the projects that we work on which is always really nice to have in a professor.”