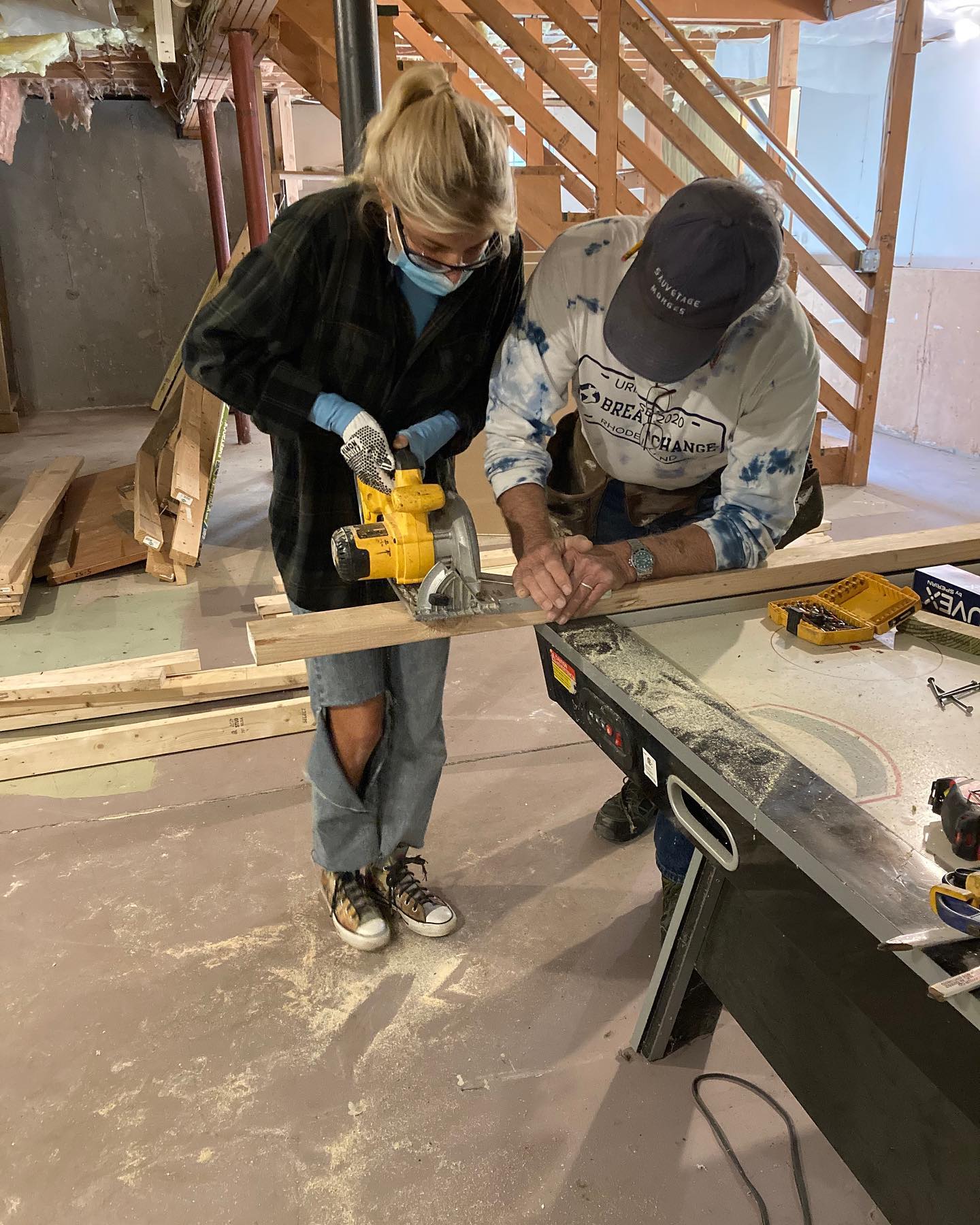 The University of Rhode Island’s chapter of Habitat Humanity remains devoted to its mission of building affordable housing and raising awareness for housing insecurity.

“We do absolutely anything in a home that doesn’t require professionals; so we don’t do the plumbing, we don’t do the roofing or any electrical work, but other than that, we do basically everything,” Ware said.

Those who move into the homes, according to Ware, can be anyone who needs affordable housing.

Habitat’s efforts allow these families some security for a couple of years as the organization lets them allocate their money towards other needs such as health care, food or transportation. Ware said these families still pay towards the house but pay at a lower rate and raise children in a safe home.

“A misconception is that they get this house for free and that’s not the case,” Ware said. “They have to put in some equity hours, like 400 hours, helping to build homes and volunteering and then they still have to pay the mortgage, but just at a much more reasonable rate.”

During Ware’s sophomore year at URI, she was able to see a duplex in Exeter get built from the beginning of the foundation to the completed home. She was able to actually see the family move into the home at the end of the process.

The family that moved into this duplex had been living in an unsafe house that was too expensive to maintain. Ware met the family when they moved in and described this as an incredible feeling.

She recalled a little girl who was moving into the house who brought her upstairs to show her her new room. She showed her the two closets in the room where she told Ware she wants to make one a clothing closet and the other a “magical closet.”

“She was the cutest little girl, but just the fact that she can finally have a home and her own room, and she has space to have her own ‘magical closet,’ like that was just such a great moment, knowing that I helped with that and knowing that she has a safe place to grow up,” Ware said.

This year, due to COVID-19, Ware said volunteering has been cut down considerably to adhere to COVID-19 regulations. Instead of sending 16 volunteers out each weekend, the organization has been limited to five volunteers.

“It’s been a little frustrating because we don’t have as many spots as we do have volunteers,” Ware said. “So people who usually volunteer each weekend, it’s usually every other weekend or every three weekends now.”

Fundraising efforts have been hindered by the pandemic as well, as the organization hasn’t been able to host booths in the Memorial Union, nor have they been able to conduct dine-and-donate events at local restaurants to fundraise either.

Over the past few years, Ware said the money fundraised by Habitat for Humanity has been put towards homeless shelters, making meals for the homeless or adopting and supporting a family for Christmas.

Both Ware and O’Brien said that the ReStore, a non-profit home improvement store and donation center affiliated with Habitat for Humanity, is an important part of their operations, as it helps families acquire affordable furniture, home accessories and more.

Since COVID-19 has put URI Habitat for Humanity slightly behind where their usual operations would be, Ware hopes to teach members more about advocacy and why affordable housing is so important in this time.

Getting involved with Habitat for Humanity has helped Ware see the impact she has been able to make on the surrounding community.

“I think that’s given me a really cool opportunity in college to step outside of just normal [URI], what most students experience, and see the impact that we can make on the community,” Ware said.