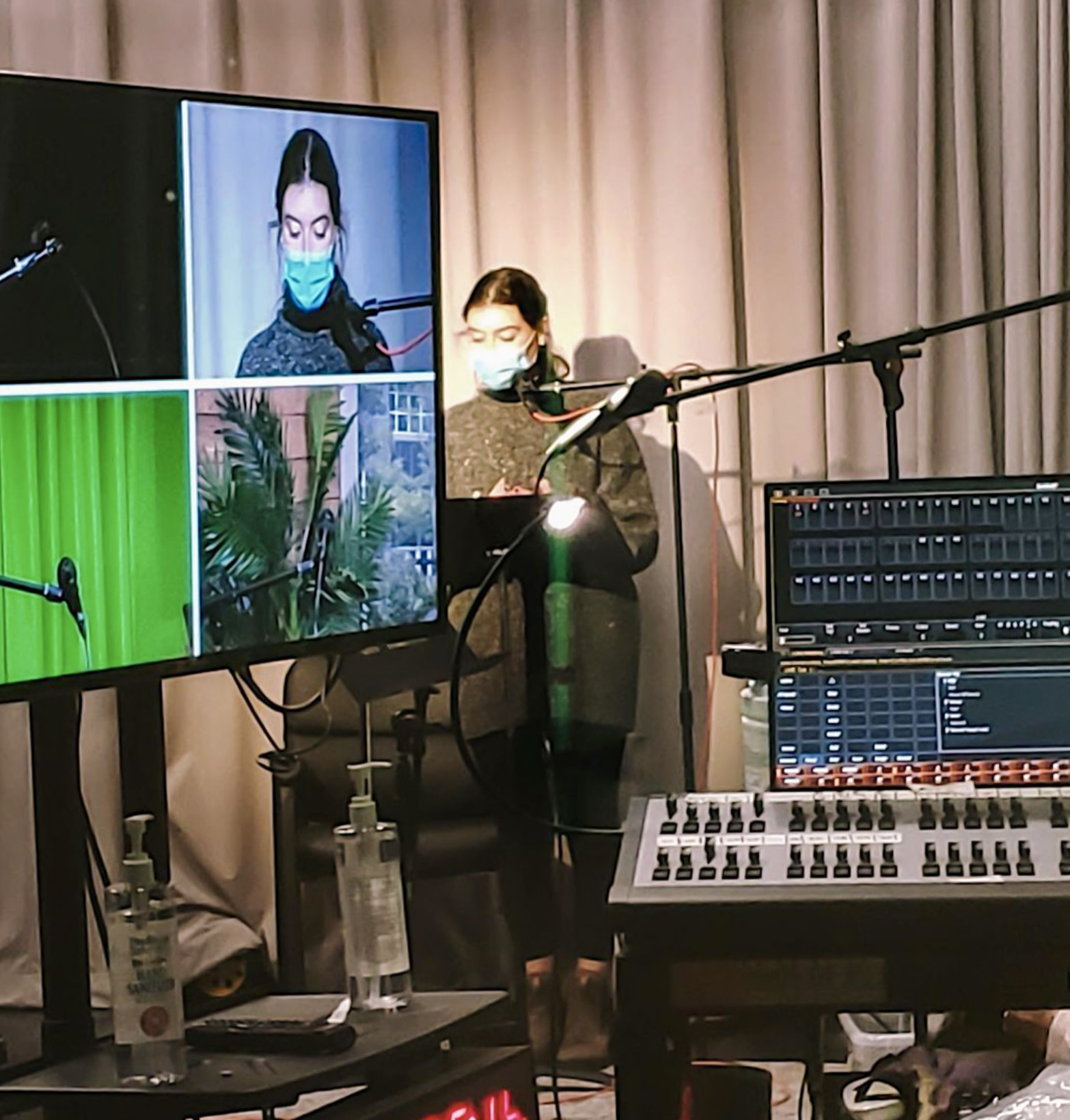 As COVID-19 hinders the University of Rhode Island’s theatre department’s ability to put on live performances, students and staff created Volume Up!, a collection of five radio plays as an alternative for students to develop their audio and acting skills.

Volume Up! first premiered on Nov. 21 through a Zoom listening party and was available on the Broadway on Demand website for 24 hours. There are also plans for them to be posted on YouTube. These radio plays offered students firsthand experience in working under new circumstances.

The plays featured in Volume Up! were “The 39 Steps: A Live Radio Play,” “It’s a Wonderful Life,” “The Monkey’s Paw,” “The Journey Out” and “Vic and Sade Discuss a Close Friendship.” The theatre department paired with the Harrington School of Communication and the Media Broadcast Center to create the plays.

Liam Horne and Audrey Visscher, two theatre students who worked as sound designers for the plays, said that the experience was beneficial in helping them learn how to adapt their creative pursuits to the circumstances of the semester.

Visscher, a junior, who said she has been a part of at least one, if not every production put on each year she has attended URI, was glad an opportunity arose for her to get involved and further her skills in sound design. She also stated that the radio plays gave her the opportunity to safely work with others in the department, an aspect she was missing due to the pandemic.

While Horne said that sound design is not his primary focus, he had previous experience working as a sound board operator for a play and wanted to expand his knowledge on a new aspect of theatre. He felt that it helped him become more multifaceted in his understanding of theatre and design and that it was a really important experience for him.

Horne also stated that it was inspiring seeing how the department came together to provide students with the opportunity to further their skills and to come up with a new form of performing, which likely would not have occurred if not for the pandemic.

“Theatre is very hard right now and I think that with the pandemic a lot of avenues were closed, but so many more opened for creative new ways to work,” Horne said. “This was definitely one of them and I think that it gave a lot of people hope.”

Visscher shared how lucky she felt to be a part of the theatre department and that it gave her a nostalgia for past experiences while also being grateful for gaining new skills.

“In a way, doing this show reminds you of what you’re missing but it also feels amazing that we got this opportunity,” Visscher said. “The theatre department pretty much bent over backwards to make sure that we as artists had something to look forward to and something to create this semester, which was definitely lifesaving because if we didn’t get to do something creative, I don’t know where our department would be.”