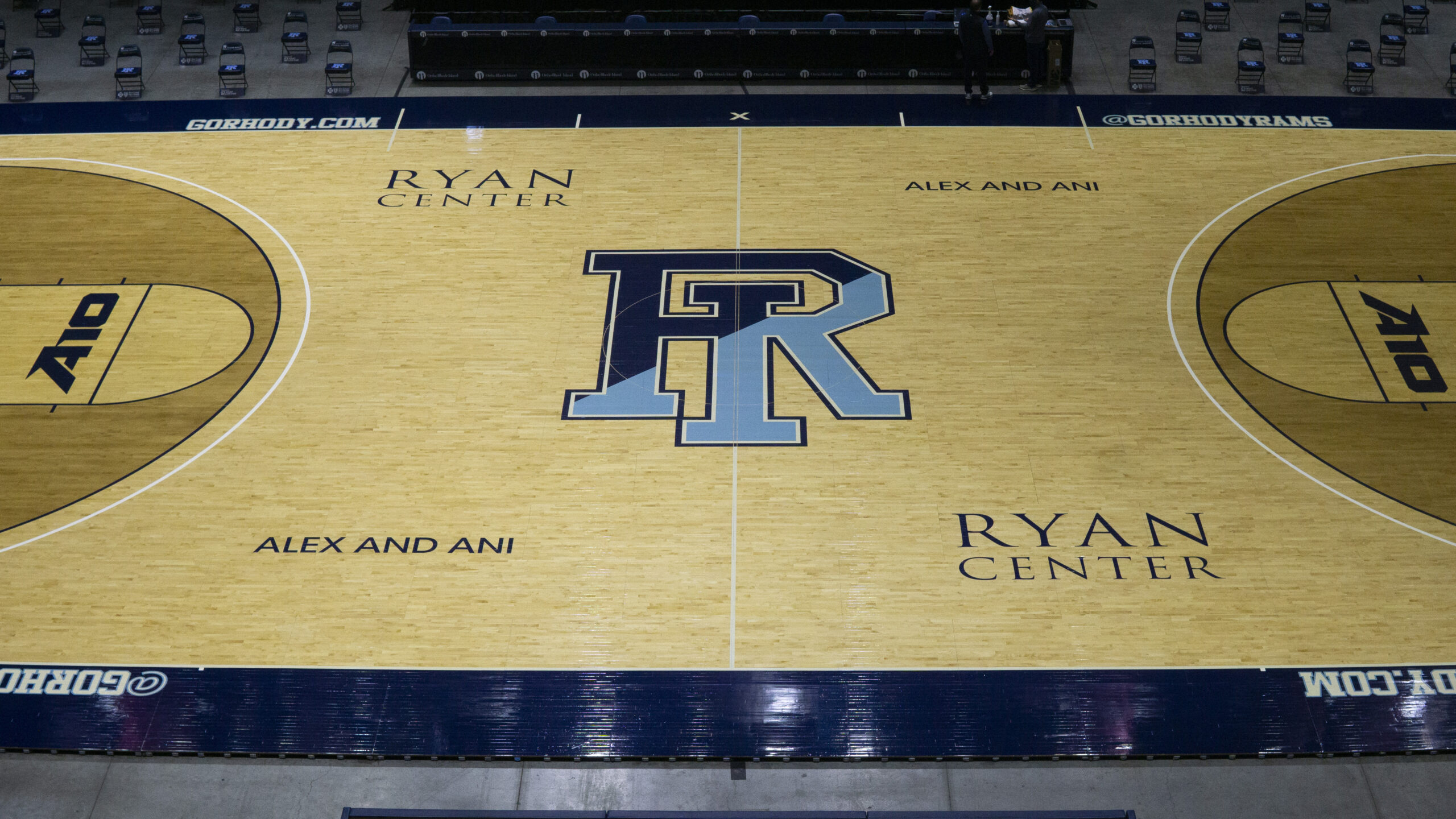 Rhody basketball fans who purchased season tickets can be compensated due to Covid-19. Photo by James Singer.

There’s just going to be a different buzz inside the Ryan Center this year.

There won’t be the typical chants of  “Rhody, Rhody, Rhody” or the looks of excitement as children and students grab mini basketballs during the Newport Propane Minute of Mayhem.

Like many college basketball arenas around the country, cardboard cutouts will replace fans in the Ryan Center as the state continues to reduce the spread of COVID-19.

There’s still hope that fans will be allowed in the Ryan Center at some point this season. According to the athletic department’s COVID-19 ticket policy, fans could be allowed to return to the Ryan Center as early as next month depending on how the pandemic progresses in the state.

In the meantime, longtime fans have been finding other ways to stay connected to the teams they love.

Stephen Page, a season ticket holder for over 10 years for both the University of Rhode Island’s men’s and women’s basketball teams, has been accustomed to attending every home game and making the occasional trip to opposing conference rivals, but this year, he has had to adjust to make sure that he can still follow both teams.

“We actually bought the next package up so that I can get ESPN2, ESPN3, CBS and NBC Sports Network, so I can watch the games on television,” he said.

Like Page, Robert Alvine, who is a URI graduate, a season ticket holder and corporate sponsor for the men’s basketball team, has also been watching the games on television and following the team through social media. He hopes to return to the Ryan Center when fans are allowed and says he’ll miss the camaraderie formed with the people that sit in his section.

“When you have season tickets, everyone becomes family,” Alvine said. “You’re seeing people you haven’t seen since the last game or since the last season. There’s usually lots of hugs and pats on the back, and everyone’s fired up, and I’ll miss that a lot.”

“The thing with URI is there’s a familiarity with the students, the athletes and the coaches,” Page said. “I can walk by and see Coach Cox or Tammi [Reiss] and have a conversation with them whereas in most places, you can’t do it.”

Page and his wife, Ann, have even made it a habit over the past few years to bring cookies for the women’s team after home games.

Anna Zacharias, an alumna of the University and a men’s basketball season ticket holder since 2017, has decided to do the opposite of Page and Alvine. She’ll wait until next year to use her season tickets.

“I deferred my season tickets to next season, but if they are offering games, I’ll probably attend one or two depending on COVID safety protocols and how many people they can have,” she said.

Zacharias also said she will miss the atmosphere and the energy that Rhody Ruckus brings to games.

For now, fans will have to play the waiting game hoping that things improve, but many also acknowledged how difficult this situation is for the players and coaches.

Excitement builds as A-10 tournament tips-off