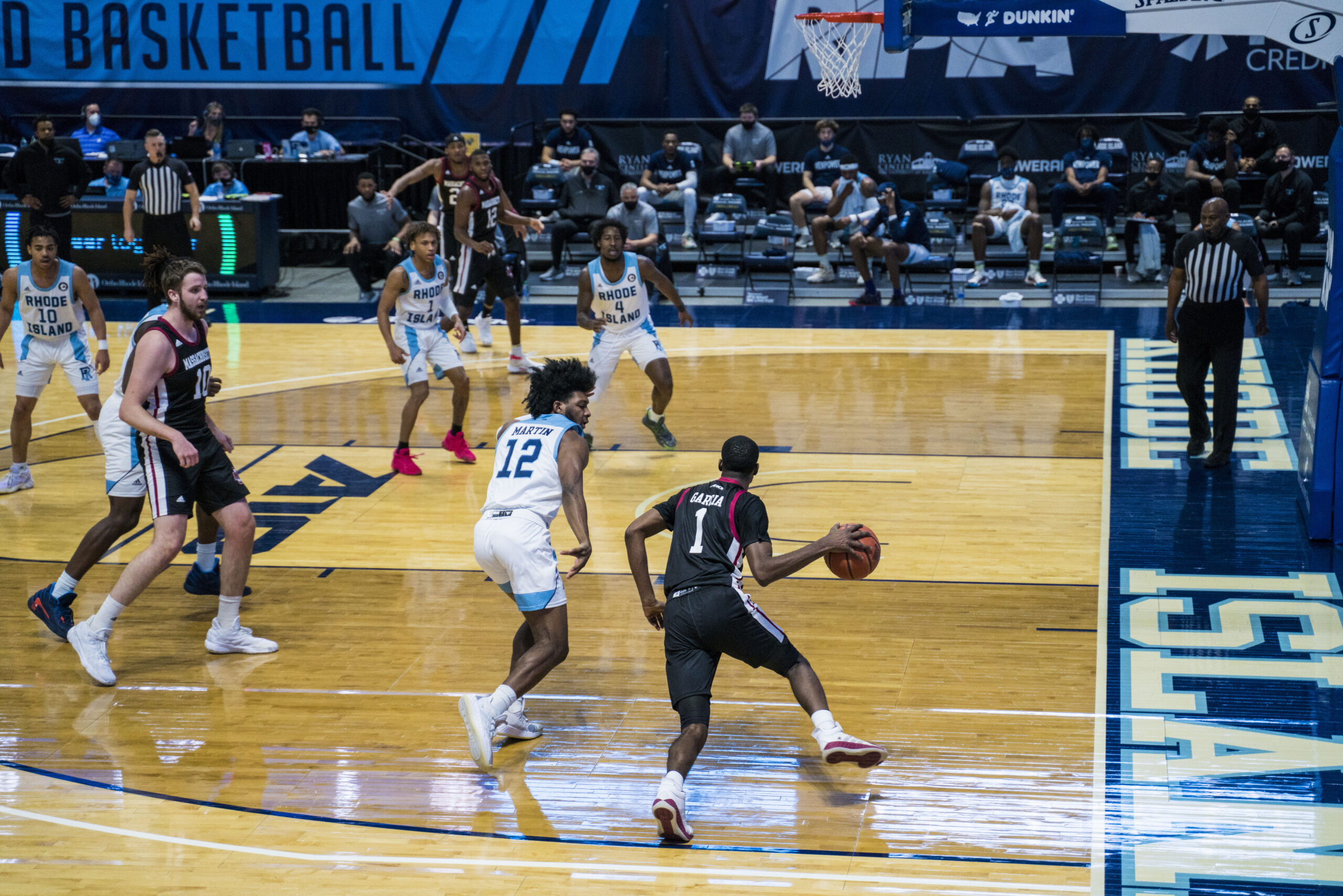 It was a familiar story for the University of Rhode Island Men’s Basketball Team vs. Saint Louis University on Wednesday, with inefficient shooting leading the Rams to a fourth straight loss.

Following one of the worst losses of the David Cox-era last Saturday vs. the University of Massachusetts, a trip to the Chaifetz Center to take on preseason favorite Saint Louis was the last thing the Rams needed to break the slide. The Billikens showed why they could be playing the NCAA Tournament next month in a 67-60 win over Rhody.

Even without senior Yuri Collins, who turned his ankle in the first half and did not return for the second, URI could not get past the length of SLU. The Rams shot 33 percent from the field, and weren’t able to score a single point in transition. Coach Cox complimented the Billikens on their ability to capitalize on the team’s mistakes.

“I was pleased with our competitive spirit tonight,” he said. “It’s a good team. They’re a really good team. Whenever we gave them an opening, they exposed it and took advantage of us.”

Wednesday’s result has the Rams 9-12 on the season and with a 6-8 record in conference play.

Jordan Goodwin put on a performance that made him a Preseason All-Atlantic 10 First Team Member with an all-around display in only Saint Louis’s 12th game of the year. His 17 points, 11 rebounds and six assists were a big reason why SLU came out with their ninth win of the season.

“He’s a problem,” said Cox. “He handles the ball, obviously now he’s shooting in tune from the line, can hit open threes. He’s a bully in the paint, and he’s a bully on the glass.”

The Rams came out with the sense of urgency a team on a three-game losing streak needs, going up by eight points midway through the first half thanks to a Malik Martin three-point basket. That was the highlight of the half for the visitors though, who only scored five points the rest of the way, and went into the break down 27-21.

Jeremy Sheppard led the team in scoring with 16 points, the fifth time in the last six games he has scored in double figures. Center Makhel Mitchell had 10 points in 18 minutes before fouling out in the second half.

Up next for URI is a needed break, with Coach Cox saying as much postgame. The team has played 13 games in the last 43 days, and their game on Saturday vs. Davidson was cancelled earlier on Wednesday due to COVID-19 protocol issues within the Wildcats program.

“We’ve played enough games right now where we need and deserve this break,” Cox said about a possible addition to the schedule this weekend. “We’ll regroup, and be ready to finish this thing strong.”

Rhode Island’s next game will now be against the Dayton Flyers next Tuesday in the Ryan Center. Tip-off is at 7 p.m.