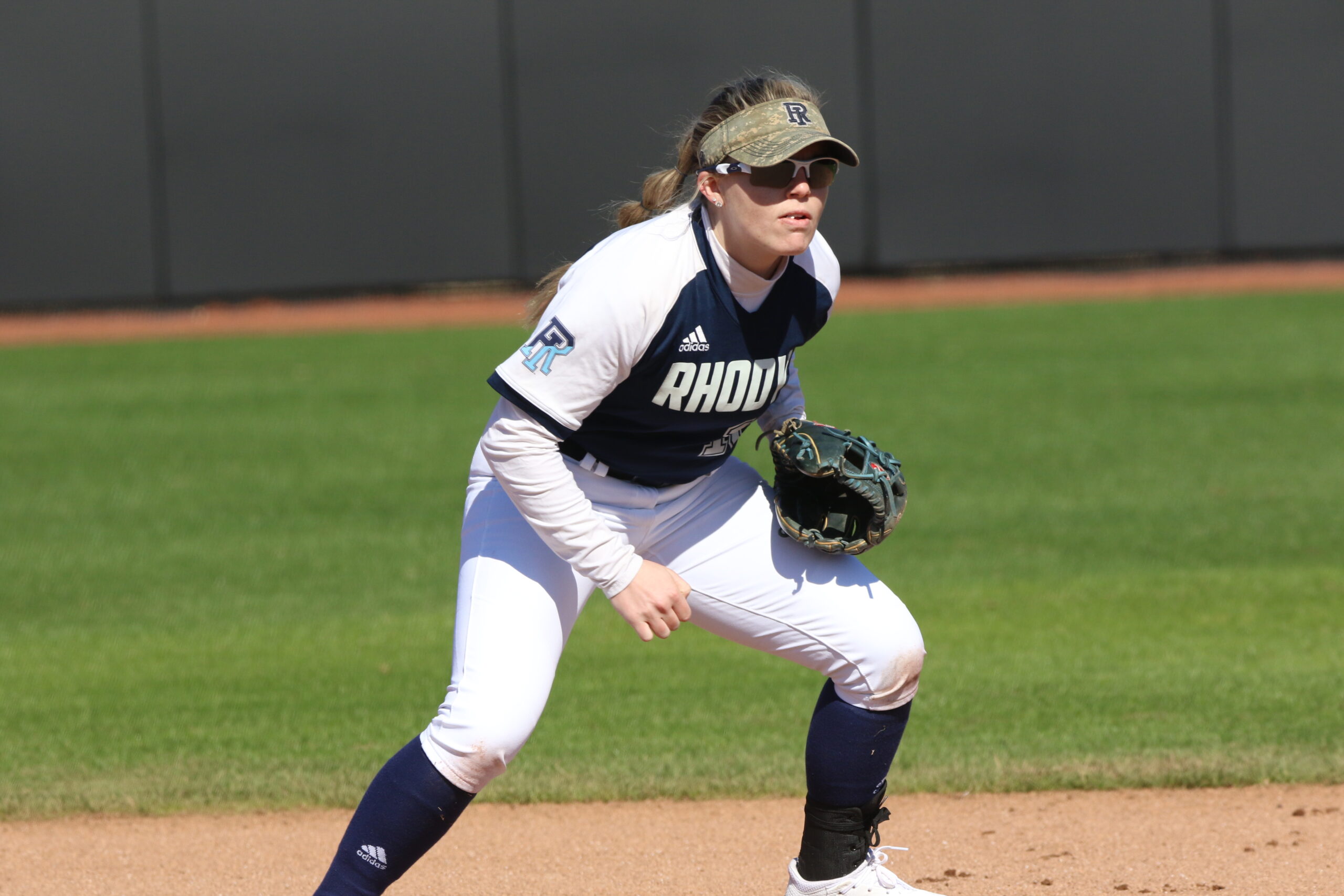 Rams set to resume season on Saturday vs Elon following months on the sideline. Photo by James Singer.

University of Rhode Island Softball Head Coach Bridget Hurlmann has the motto “for the dogpile” for this season. This mantra embodies the championship mentality every day in order to jump into the dogpile, and her team is finally set to play for the first time this weekend vs. Elon.

The team’s schedule is looking a little different than previous years. Rhody is staying in the region playing their competitors six times each instead of the usual three. Due to COVID-19, they are also not traveling via plane to tournaments in locations such as Florida, California or Texas. The farthest trip for this year is a bus ride to North Carolina.

Prepared for their upcoming games this weekend, Coach Hurlmann is confident her players are ready to perform. With the NCAA ruling last year that spring athletes would get an extra year of eligibility, seniors from the class of 2020 were able to return to play another year and add roster depth.

“It’s been amazing,” said Coach Hurlmann of the returning experience. “They have been a huge asset. They know exactly what we expect and have been a wealth of experience for the younger players.”

In addition to having more quality up-and-down the roster, the pandemic has minimally impacted the format of practices and training. There have been no on-campus positive cases that have resulted in pause in playing time, and working in small pods has been effective for the team.

“It has been similar to what we normally do,” said redshirt junior Abby Fenbert. “It’s the most normalcy I have in my life.”

This sense of normalcy comes from the drills and practice that the team participates in just like any other season. Practices run pod-style and incorporate both drills and live play scenarios. They have not yet had full team scrimmages but their 24-player deep roster will be able to easily field teams when the time comes.

Having a roster this deep and diverse is something that’s a privilege for the team and that they’ll use as an asset, especially during a season that has uncertainty.

“If we have to put a whole pod into quarantine, that could really hurt us, but fortunately we have a lot of girls,” said Fenhert. She noted that the Rams are eager to utilize their strong defense and “killer” infield.

The infielder from Atlanta did say the team misses the bond built outside of softball related activities. Due to COVID-19 guidelines, congregating in a large group is restricted so they can’t meet outside of practice to strengthen their relationships with one another. However, the team has found other ways to unite and have actually used the challenges of the pandemic to grow closer through the time of uncertainty.

The goal for the team this year, just like any other year, is to win a championship. With a 4-16 record last year, the team is fired up, awaiting the moment to jump into the dogpile.