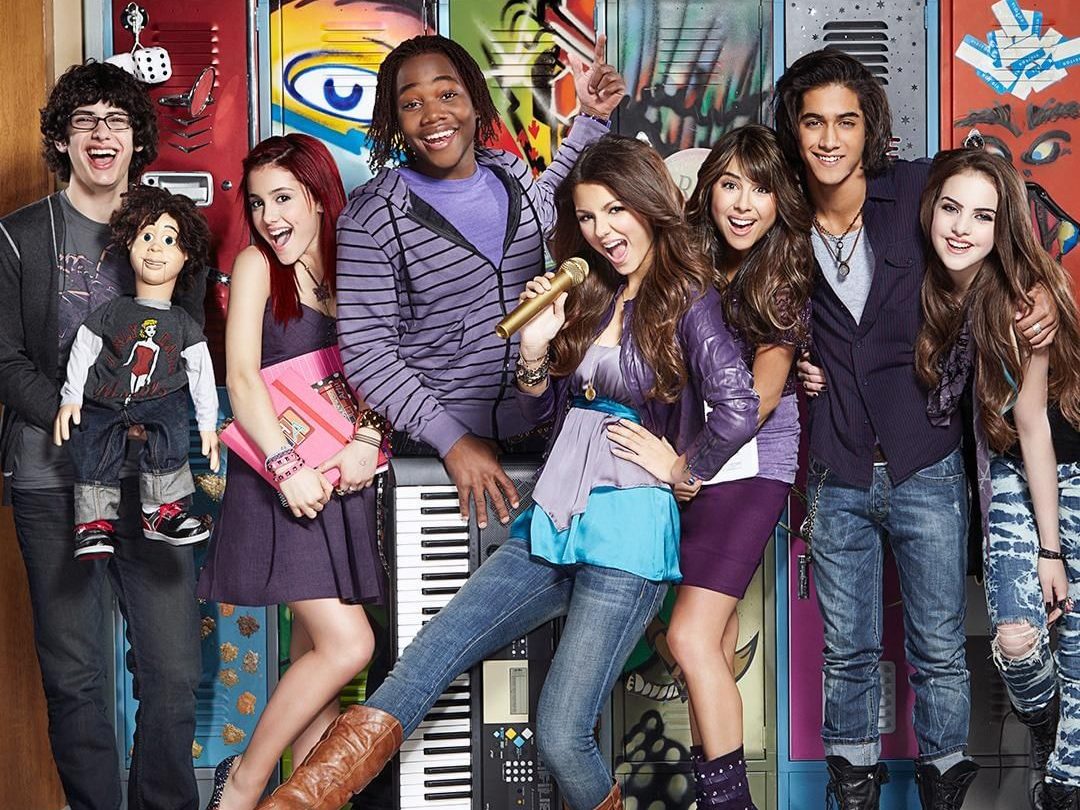 Nickelodeon’s “Victorious” is looked back on fondly by most, but how does the show fare when one rewatches it nearly 8 years after its cancellation? Photo from upaaquila.org.

Despite the extremely concerning videos circulating on TikTok from behind the scenes of “Victorious,” a since-cancelled show that was once near and dear to my heart (as I’m sure it was to many others), a few friends and I mistakenly gave it the rewatch.

Dan Schneider was an executive producer and writer for Nickelodeon from the 1990s up until very recently in 2018 when he was let go after a slew of sexual misconduct allegations arose from the set of “Sam and Cat,” the spin-off show of “Victorious” and “iCarly.”

I’m not going to divulge the explicit details of the already-viral personal trauma of young women in this article purely because they are famous. If there is personal interest on the end of the reader, information about Schneider’s creepy behavior on-set is available online, but there is no need to further any exploitation that at the very least seemed present in the previously mentioned videos.

Schneider’s shows (“Zoey 101,” “Drake & Josh”) have always featured some select jokes designed to go over the heads of the target audience, children. However, since rewatching, I’m honestly appalled that some of the things featured in “Victorious” alone were allowed on a kids’ television program. The amount of innuendos may seem innocent upon initial viewing, but once one considers the source of it all, it becomes anything but.

The first episode of “Victorious” we watched for the night was the episode where Tori and Cat fight over Cat’s boyfriend (all Tori’s fault by the way), and everyone else gets the dead skin eaten off their feet by some little Puerto Rican fish that Trina buys from a man in a van; you know, as one does.

Anyway, there were a lot of footshots in that episode. Extended foot touching. It was definitely something I found funny at the time it came out because it was wonky and I didn’t understand it.

At least until I found out Dan Schenider has a foot fetish.

Shows going as far back as “The Amanda Show,” which was on Nickelodeon in the late 1990s and early 2000s, also featured questionable content wherein extended shots of young actresses’ bare feet played a central role. For a clearer picture of what I’m describing, look up “My Beautiful Big Toe,” a short segment from “iCarly,” which was even criticized at one point for the same reason.

It’s clear that with time Schneider became even more confident in his untouchability, and this extended the scope of lascivious content he could get away with producing and marketing to children.

The next episode we watched was “The Diddly-Bops” where the main cast of characters reluctantly has to dress up and perform a song for a bunch of kids, and in doing so their embarrassing performance unwittingly goes viral.

This episode definitely features some of the show’s more redeeming qualities when it comes to both humour and art. Andre, who is played by Leon Thomas III and is arguably one of the most talented cast members featured on “Victorious,” both loses and regains a deal with a record label that was very important to him, and overall this is a great episode for his character development (though no one really had much of that in this type of show). In addition to that, the episode features Robbie’s “Broken Glass” song, which always has been and always will be hysterical.

However, as with everything in life and television, there were bad parts to go along with the good. A joke about a character’s “boobs fitting in the hamburger costume” – recurring to the point where it was no longer funny – was a detriment to the episode. Especially, once again, considering the source of those jokes.

I took away three major points of questionability over the course of the 15 or so episodes that my friends and I watched.

As has also been pointed out online, Cat makes a massive transition as a character from the first season to the last, whereas the others’ base traits stay more or less intact throughout the show. She makes a shift from a girl who, though casted as a bit ditzy, is relatively normal compared to some of the other eccentric characters featured on the show, to an extremely infantilized version of that. As time goes on, her signature high-pitched voice ramps way up and even her costuming becomes more childlike in a very uncomfortable, Lolita-esque way.

The second overarching and recurring theme that was poignant to me, was really just the feet. Once you realize why feet are mentioned so often, it becomes inescapable in almost any of Schneider’s shows. I think that’s quite sad actually, the fact that such relevant pieces of media from my childhood have forever been distorted in such a repulsive and incredibly dark way.

My last takeaway was really just a series of questions. Why was this allowed to happen? Why were the young actresses targeted by Schneider not protected and how did the innuendo complicit in their exploitation pass through all possible screenings before being aired? It’s the type of outrage incensed by both the passage of time and the fact that nothing was ever done about it.

While some parts of the show are still nostalgic and funny to me, and I can get at least some enjoyment out of it, the experience of watching “Victorious” has been forever tainted.

The 78th Golden Globes: A lack of diversity in voters, not in winners