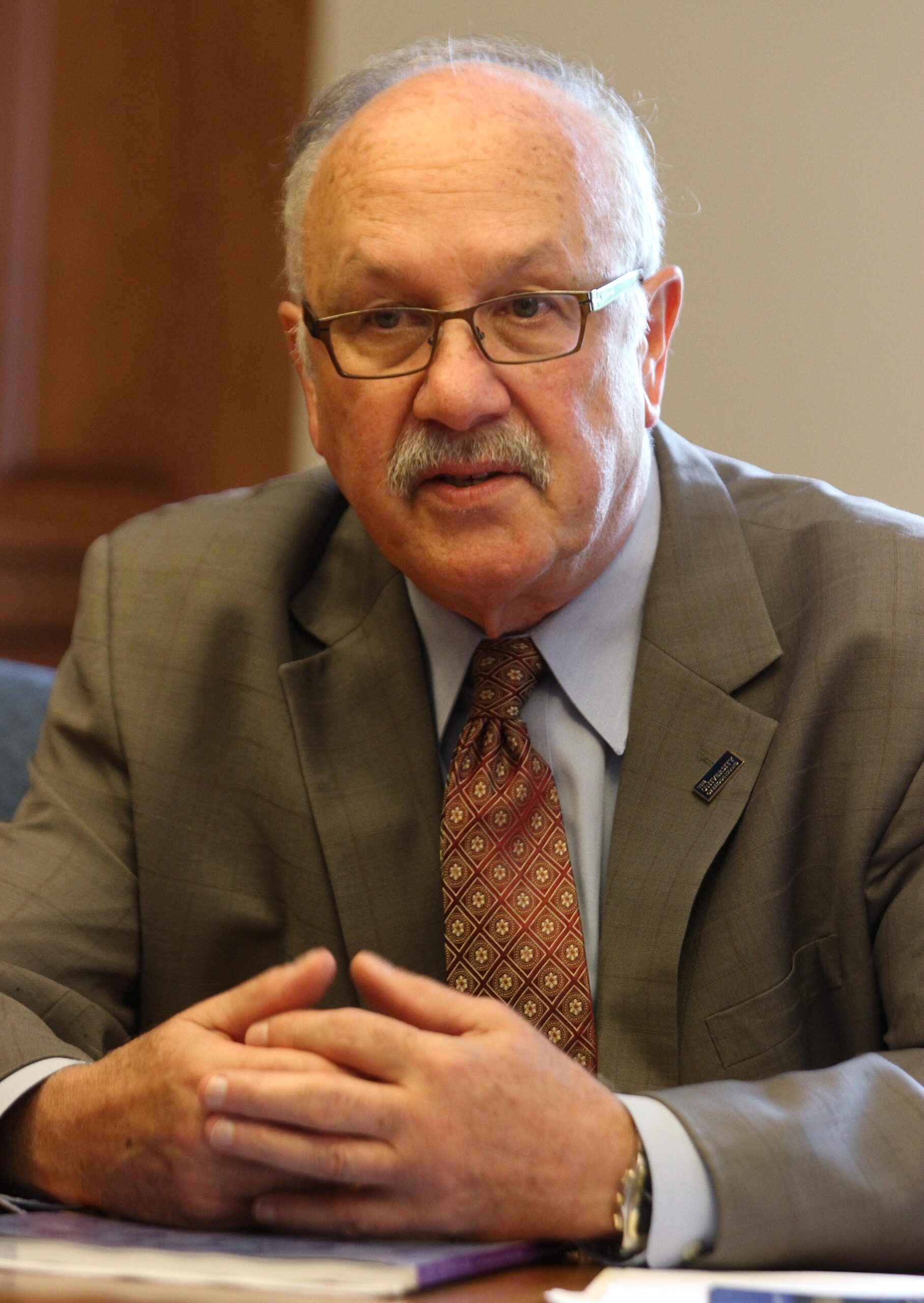 The ‘right time for new fingerprints’ has come

The University of Rhode Island’s Provost and Vice President for Academic Affairs Donald DeHayes announced he will step down after serving in the position for the past 13 years, as his close colleague President David Dooley retires.

The provost believes it is the “right time for new fingerprints” at the University as he prepares for new leadership to arrive in the next academic year.

According to DeHayes, the Board of Trustees has asked him to be flexible in his departure from the University to help the new president transition to URI.

On average, DeHayes said provosts tend to serve in their respective positions for three to four years. After 13 years in the position, DeHayes believes it is time to bring in new leadership at the University.

“I’ve had an opportunity to put my fingerprints on many aspects of the University over the last 10 or 12 years, and somebody new will bring a whole new perspective,” DeHayes said. “[They] will bring new ideas, new energy and maybe bring us in some different directions, and that’s good for the institution.”

As Dooley prepares to retire at the end of the academic year, DeHayes felt his departure from the University to be appropriately timed. These two worked “hand-in-glove” for the past 13 years “to do what is best for the University,” according to DeHayes.

As his time as provost comes to an end, DeHayes said in the remaining time in the position he will focus on advancing an antiracism agenda at URI. DeHayes differentiated this agenda from the past model of “supporting and celebrating diversity” as “more aggressive, more action-oriented and identifying particular areas of investment and of focus.”

“I actually believe that the future of the University of Rhode Island at-large will depend on us making significant progress on advancing an antiracism agenda that relates to student learning, faculty development [and] recruitment of faculty and staff,” DeHayes said. “It’s really a piece of the heart and soul of the institution, and it’s an area where we have work to do.”

Throughout his tenure, DeHayes has had a hand in many different initiatives at URI; from hiring academic deans and vice provosts, to focusing on interdisciplinary studies, to globalizing the University, he’s done it all.

Even through times of financial constraint, DeHayes said that investing in faculty while simultaneously developing a “laser focus” on student success were some of the greatest accomplishments during his time at URI.

Working with student representatives from organizations across the University, including the Student Senate, has been a special opportunity for DeHayes. Interacting with motivated young people as part of university leadership and faculty has been a unique experience one would seldom find in a corporate career, DeHayes said.

Student Senate Academic Affairs Committee Chairman Thomas McGrath, said that as a student representative, he has enjoyed working with DeHayes.

“He was a really great resource and an awesome person to work with,” McGrath said.

Before joining administration at the URI, DeHayes worked at the University of Vermont. There, he climbed from assistant professor up to dean of their College of Environment and Natural Resources.

While his future remains uncertain, DeHayes said he might be interested in returning to a career in the academic world, perhaps at URI as a faculty member in environmental studies or exploring the nuances of effective and genuine leadership.

Being in a position to both lead and learn the past 13 years as provost has “been a privilege” for DeHayes alongside the leadership, faculty and students at the University.

“I got to work with some of the smartest people on Earth every day,” DeHayes said of his time at URI. “These brilliant folks who are the masters of their subject matter and their discipline, and it’s just inspiring, and I got to learn just a little bit about all of that.”