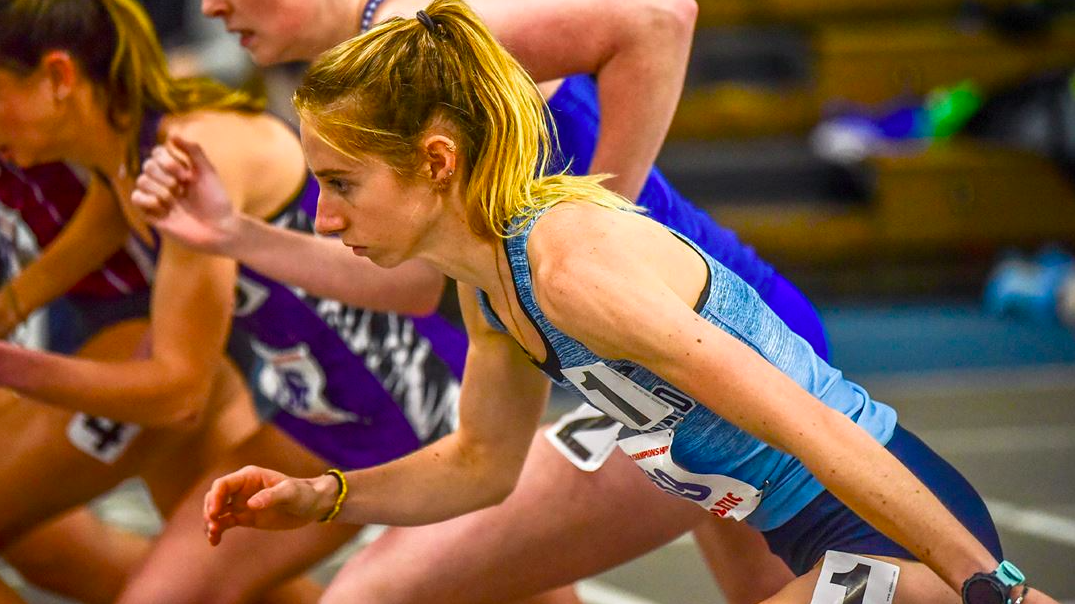 In the wake of a frustrating loss to George Washington, the Rams are on to Richmond. Photo by Greg Clark.

With an opportunity to improve her positioning for next month’s NCAA Indoor Track and Field Championships, Lotte Black finished seventh in the mile run this past weekend at the Camel City Invitational in Winston-Salem, North Carolina.

Black finished as the top collegian with a season-best time of 4:38.26. Once converted to a banked track time, her time moved her up 13 spots from 20th to seventh nationally in the mile run. The top 16 runners nationally qualify for next month’s Indoor Track and Field championships in Fayetteville, Arkansas.

“It was just an outstanding performance considering that we are living in a pandemic and it has only been her third race in basically a year,” University of Rhode Island Women’s Track and Field Head Coach Laurie Feit-Melnick said.

Due to the ongoing coronavirus pandemic, Black has had very few opportunities to run against other elite competition this season. She was able to run in the 3000 meters at the Virginia Tech Invitational last month, but besides that, the rest of her meets have been close to home. Feit-Melnick said that she has spent the past month calling opposing schools to see if she could get Black into one of their meets.

“I’ve called around, and they don’t let you in because of all their COVID protocols,” she said. Feit-Melnick named Arkansas as an example.

The Camel City Invitational at the JDL Fast Track, dubbed “the fastest 200 meter flat track in the country,” gave Black the unique opportunity to improve her times and compete amongst some of the best professional and collegiate runners in the country. This year’s field featured Rachel Schneider, who won the mile in 2018 and won the 3000 meters earlier in the day, Josette Norris, Sarah Edwards and Kaley Richards, among others.

“It’s such a great experience to go to an elite meet like the [Camel City Invitational] and that will be a valuable experience for [NCAA Indoor Track and Field Championships] and for everything down the road,” Feit-Melnick said.

One final meet remains before NCAAs for Black and the rest of the URI Women’s Track and Field team. They return to the track on Thursday, Feb. 25 at 5 p.m. for a home meet against Providence and Northeastern.