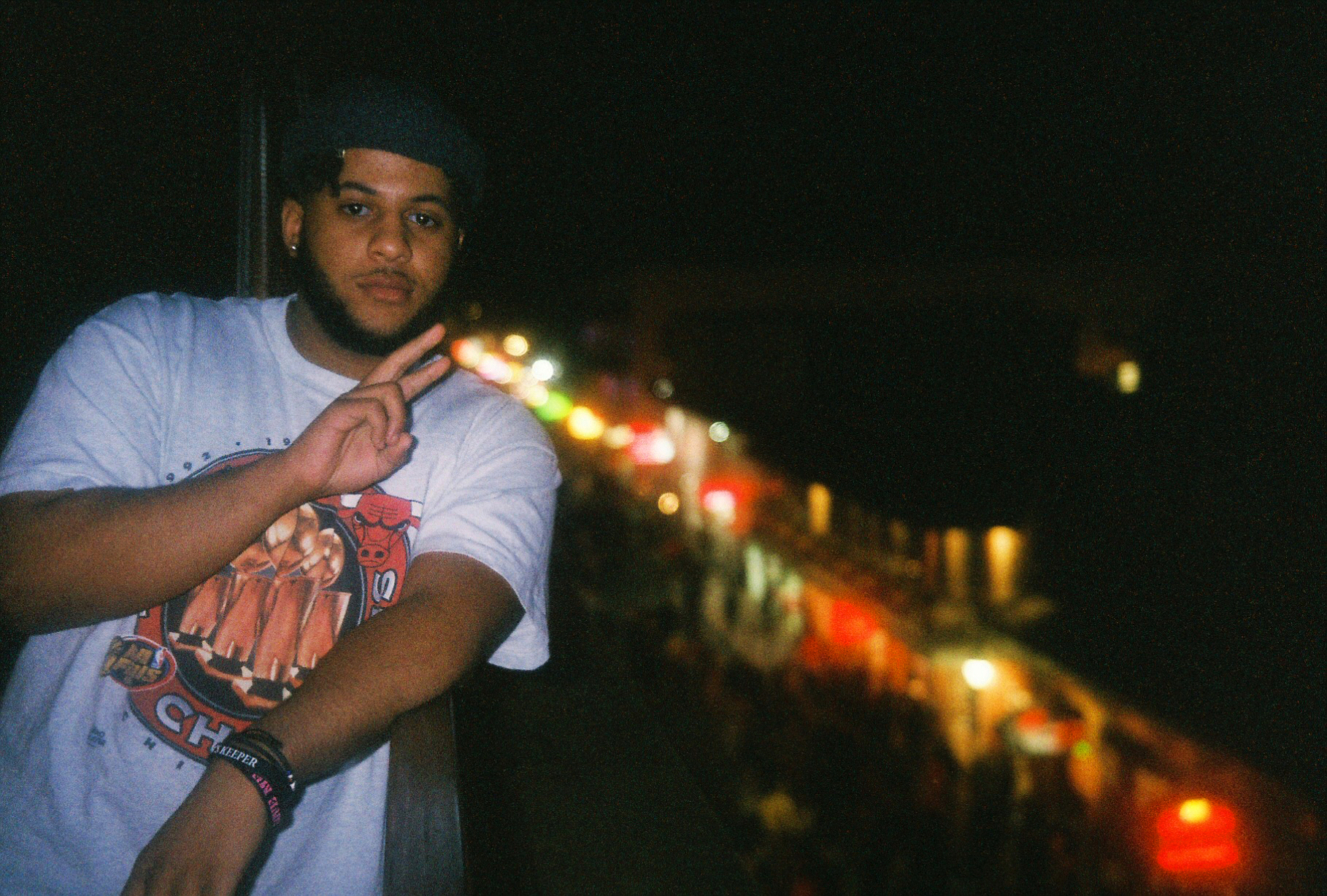 Markeem Vee Rodrigues, a sophomore at the University of Rhode Island, has established himself as a Black student leader on-campus through his involvement in classes and clubs.

Rodrigues is a triple major in textiles, fashion merchandising and design, film media and computer science, with concentrations in design, art and audio engineering.

He is a part of the Black Student Union (BSU), the National Society of Black Engineers (NSBE), Brothers on a New Direction (BOND), the Student Entertainment Committee (SEC) and is the Resident Academic Mentor (RAM) for the Harrington School.

Rodrigues said that he has found himself being equally passionate about every organization he is in, as he has found meaning in each one.

“Each and every single one has given me a purpose and has fulfilled a different role in my college career, and just overall life,” Rodrigues said. “So that’s why I’m a part of everything.”

He said that BOND is like a brotherhood, one where like-minded, multicultural men on campus can connect and grow together. Reflecting on the opportunities and relationships BOND has provided him with, Rodrigues said that he felt “blessed” to have the experiences he has had as a sophomore.

Growing up in a school where a majority of the students identified as Black, Indigenous and people of color, Rodrigues was able to make connections with people who looked like him in high school. However, he noticed that when he was presented with opportunities in high school, he was typically the only Black person. He said that this gave him a preview of what going to a predominantly white college would be like, which is why organizations like the NSBE and BOND have been so important to him.

Through the NSBE, Rodrigues said he has gotten the opportunity to travel for conferences and other trips where he has met many other Black scholars in the STEM field and networked with many companies.

The SEC has allowed Rodrigues to experience many once-in-a-lifetime opportunities at a young age, such as working hands-on at concerts at the Ryan Center. Being able to go backstage and see how backstage operations are run as well as experiencing that “energy” has been an amazing experience, according to Rodrigues.

However, the true experience comes after the fact for Rodrigues. He said that creating bonds with dozens of other Black and brown men, through the SEC, has allowed him to make relationships with people that he can rely on and motivate himself with in the future.

Rodrigues said that he wants to work in the entertainment and music industry in the future, which makes opportunities like these extra special to him.

Alexa Potamianos, a freshman film student, is one of the students who has Rodrigues as a RAM.

“Every time I see Markeem, I instantly get good vibes from him,” Potamianos said. “He sends out monthly newsletters to his residents, which have helped me stay organized, and he has actually inspired me to apply to be RAM for the 2021-2022 academic year.”

It’s unexpected and humbling to see someone like Rodrigues, who has so much on his plate, work as hard as he does, Potamianos said.

Rodrigues described himself as someone who does not have time to waste, yet he still finds time for each of these organizations. What motivates him is his desire to change the world in a way that will help others.

“Growing up, my environment was very toxic and very hard to live in, but because of that, I grew up with the sense that I will not be told what I can and cannot do,” Rodrigues said. “I’m not supposed to be here to begin with, so being here already means that I have defied so many odds, so why not defy more?”

He said that the affirmation “be the change, leave a mark, set a precedent always” has also played a key part in his motivation. He said that that affirmation has led him here and without it, he wouldn’t be here.

Setting a precedent is important to Rodrigues because he is a Black man who is pursuing higher education, and understands the struggles that come with that.

“No matter how sucky things are right now, you don’t want someone to go through the exact same thing,” Rodrigues said. “Why am I going to make it harder for other Black and brown people when they should be able to feed off of me, to not have to go through the same barriers I have. It’s for the other people after me that are going to see what I’ve done, and understand that they can do whatever they want to do because I’m doing that. That’s what’s keeping me going.”