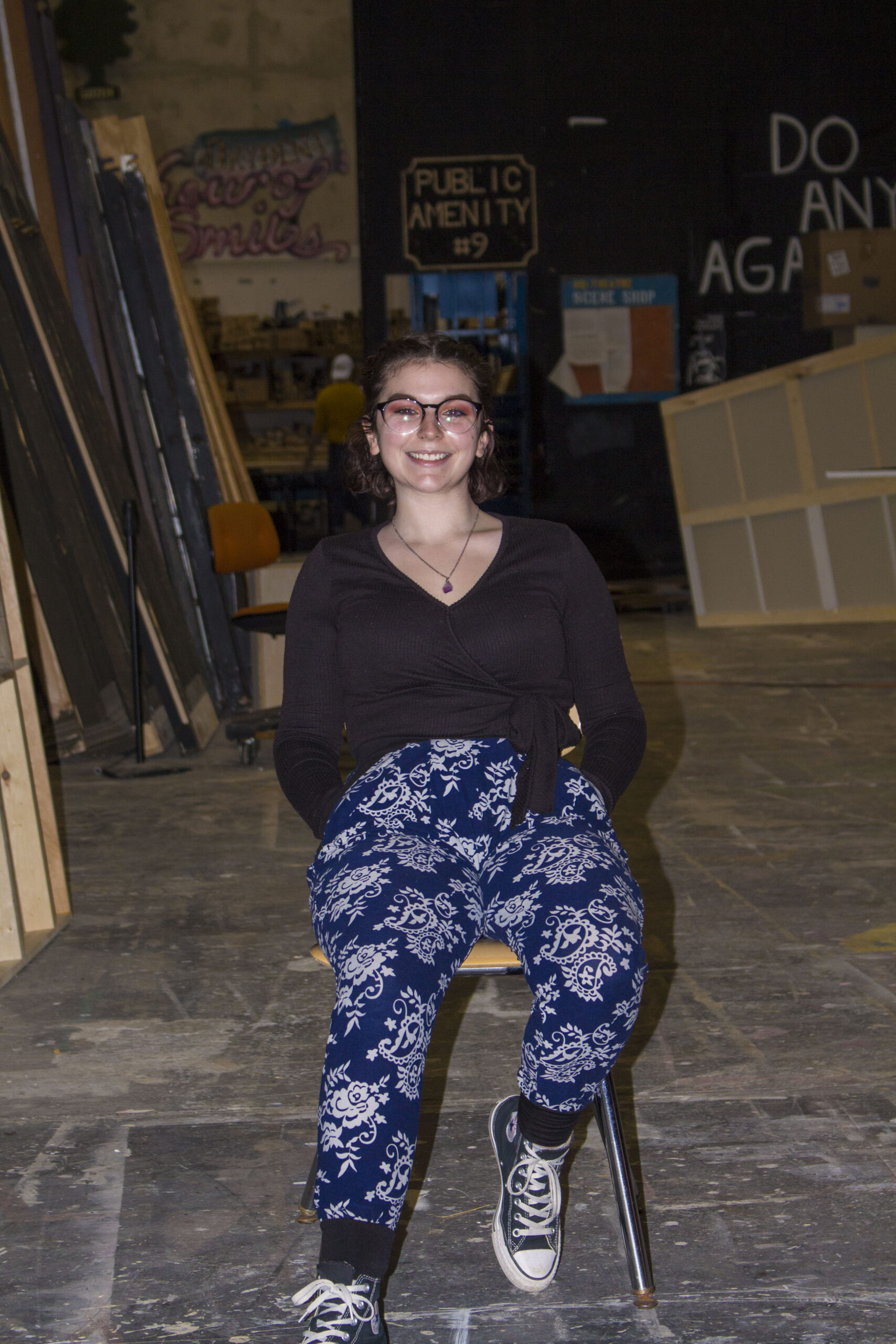 Shannon Donnelly recently received a URI grant to put on her own interactive theatre experience. Photo by James McIntosh.

University of Rhode Island senior theatre major Shannon Donnelly is directing a unique theatrical experience for all students to take part in this semester.

In order to complete the requirement for her THE 420: Directing Independent Study class, Donnelly is directing her self-written true crime play “Goodbye, Santa” to bring interactive theatre back into the arts after a long drought brought on by COVID-19.

The funding for the production comes from the (URI)² Office, which Donnelly applied for in November, after writing the entirety of the play in that month.

“Goodbye, Santa” is based on a true crime story, and the exact story is revealed to the audience as the plot develops. The play also deals with ethics of media involvement in true crime cases and the realities of whether coverage of such events helps or hurts those involved.

“I definitely am a part of the [true] crime junkie community,” said Donnelly. “I’ve always had an interest in the macabre, especially in entertainment. True crime always has that element of suspense and drama that is easy to put into theatre.”

The play tells the story of Bill and his wife Janet, portrayed by URI students Liam Roberts and Allegra Levone respectively, and how, according to Roberts, they get involved in an unthinkable situation.

However, the distinctive plot isn’t the only intriguing thing about this production; it also brings modern day technology into play as a way to safely bring theatre back into people’s lives and onto their screens.

“It’s giving us that sense of community [again],” said Donnelly. “But also, it’s something that’s never been done before and hopefully it’ll help others think outside the box.”

The production will be available through a website where viewers can take part through interactive video and audio clips to develop the plot in their own time and in an individualized way. It gives a similar feel to the “Black Mirror: Bandersnatch” film special, while still creating the audience-actor connection that makes theatre so enjoyable.

“I was getting so tired of [productions] being recorded and people calling it theatre,” Donnelly said. “That’s just a movie. But this is something you can take a part in, and that is something I wanted to capture — the feelings between actors. I wanted it to be very consumable in every way.”

The actors used the Broadcast Center and TV Production Studio located in Chaffee Hall to record the audio for the website just this past week.

Roberts, one of the leads in the performance and a freshman double majoring in secondary education and Italian with a minor in theatre, said he thinks people should give “Goodbye, Santa” a chance because of how different it is from many other forms of theatre.

The ability to take part in a semi-real live theatre production is something extraordinary for theatre students, and it’s no secret being away from the stage can cause hardships for them.

“At first, not being able to perform was very difficult,” said Roberts. “I went through a bit of a drought.”

He had been cast in the University’s production of “Spamalot” as a senior in high school, which was meant to be put on in the spring of 2020. After a delay to the fall, it was eventually cancelled. However, taking part in a few of the radio plays the department put on last semester, Roberts said he feels almost more exposed to the art of theatre because of the different mediums he’s been introduced to; “Goodbye, Santa” representing the newest one.

“I know a lot of my peers and classmates felt kind of stuck not having the opportunities we’re used to,” said Donnelly. “I think [this is] going to be something that theatre makers look at and say, ‘I didn’t know this was possible’ and that’s something really exciting to me.”