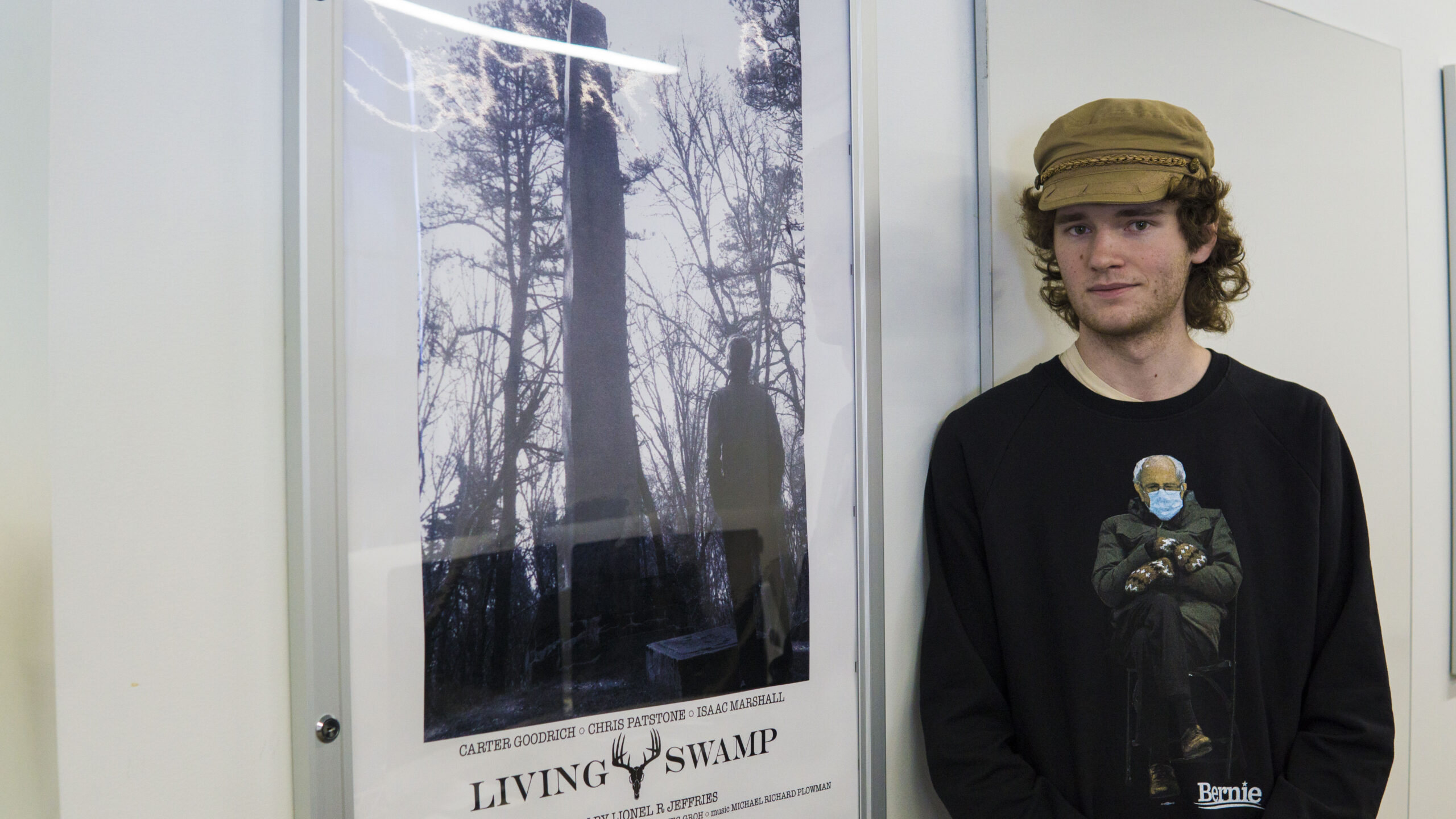 Hidden in the woods off South County Trail, just over four miles away from the University of Rhode Island Kingston campus, lies the Great Swamp Battle Monument.

The stone monolith is a memorial to the hundreds of Narragansett people who were killed by English settlers on Dec. 19, 1675. The landmark, and the history behind it, are largely unknown, even among life-long Rhode Islanders.

His film, “Living Swamp,” recently aired on Rhode Island PBS on a program called “Double Feature,” which is run through the Rhode Island International Film Festival. The piece ran in Vortex, a “sub-festival” of the RIIFF, and has gotten into the Mystic Film Festival as well.

It tells the story of Enoch Miller, a fictional high school student in Narragansett who is assigned to write about one of the statues in the area. As Miller conducts his research, he learns about the horrors of the Great Swamp Massacre, which begin to plague him as he realizes his ancestors were responsible.

Jeffries first heard of the massacre in a University of Rhode Island political science class in the fall of 2018. Over his months of research and then the film’s production, Jeffries was in contact with the Medicine Man of Narragansett Tribe, John Brown, promising to “walk away and never try and make this film” if he didn’t have his approval.

“Once I gained his permission, that was the moral clarity I needed to make the film,” he said.

Jeffries produced the film for an analog filmmaking class in the fall of 2019. It was shot on 16 mm and Super 8 mm – real, physical film. The film itself is very delicate.

The cameras that they used were also quite noisy. Jeffries and the small crew made all of the sound effects artificially in post-production. Working with the unfamiliar technology made an already demanding project that much harder.

“We really didn’t know if anything was going to work at all,” said Jeffries. “I consider it kind of a miracle that we even were able to make it and finish it. It was this wild concoction of stuff I’ve never tried before, so I really learned a lot during it.”

Carter Goodrich, a fellow URI film student who starred in the film, added that another technical challenge that the team faced was trying to incorporate special effects into a scene where Goodrich’s character has a vision and communicates with the spirit of the Great Swamp.

“I honestly respect that he tried to incorporate any sort of special effects into this film, especially on 16 mm where you can’t manipulate anything digitally,” he said.

Despite the many challenges that came with making the film, Jeffries is glad that he was able to make it. Through telling a largely forgotten story, he hopes that others will become aware of the tragedy that happened so close to our campus.

“I feel like I did justice to the scene where the actual story of the swamp massacre is told, and that was really important to me,” he said.