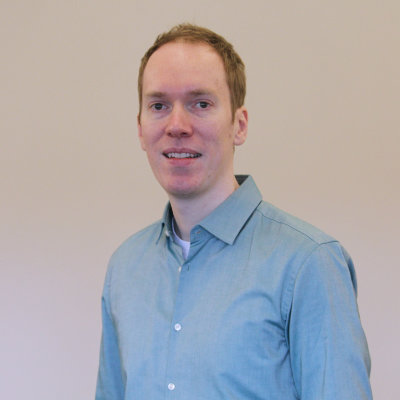 Associate Professor Niko Tracksdorf is changing the fundamentals of teaching language at the University of Rhode Island with his innovative instructional strategies and desire to make an impact on his students.

Born and raised in Germany, Tracksdorf began his academic career at the University of Duisburg-Essen where he studied a variety of disciplines, including mathematics, social sciences and English as a second language.

He was initially drawn into education by his love for the teachers that he had throughout his childhood.

“I felt like I had really good teachers who supported me, and who kind of pathed the way for me to become the person I am,” Tracksdorf said. “I’ve always wanted to become a teacher to do the same.”

This, combined with a passion for cultural exploration, led Tracksdorf to the University of Connecticut, where he hoped to hone his English skills.

Although he never planned on completing another degree, Tracksdorf graduated from UConn with a master’s in German studies and in 2017, he received a Ph.D. in literatures, cultures and languages.

Still, Tracksdorf maintained an interest in engineering and mathematics during that time. While he was still at UConn, he, with the help of his colleagues, was able to integrate these subjects into one curriculum.

“I thought, maybe I don’t have to choose,” he said. “Maybe I can combine both of these things, just like my students do. I observed what a difference it makes as students learn the language through the means of other subjects.”

This commitment to students and academics led Tracksdorf to URI’s German International Engineering Program where he teaches a variety of courses. He admitted that this path was not the one he planned, but he still feels at home in Kingston.

After teaching multiple entry-level German courses, Tracksdorf took initiative to redesign the course structure and focused his instruction on proficiency development for a diverse group of students. He began prototyping new ways of teaching by throwing out typical textbooks and redesigning the program from the ground up.

Along with his colleagues at URI, Tracksdorf began to rethink how language is taught and jumped into the creation of new teaching methods.

“It was a crazy process,” he said. “Sometimes on a Sunday night, we would be writing out a lesson plan, and then Monday morning I would stand in class and teach it to students. To me, those were the most fun classes, because we were pushing boundaries.”

Tracksdorf has gone on to assist in the creation of URI’s German STEM Immersion Summer School in Berlin, Germany. The six-week program was made for students to merge their studies of STEM and the German language and culture while studying abroad. Students are required to speak German for the entirety of their trip as they explore various fields, such as car manufacturing and other modern technologies.

Tracksdorf believes that this program has reignited student interest in foreign languages, and he hopes that other schools adopt a similar approach.

“The material that is out there didn’t show any real application of using the language, or show the students that their own passions and identities are a part of language,” he said. “We can only enrich students if they can connect to what they are learning.”

Some of the subjects that Tracksorf’s textbooks focus on are physics, science, sustainability and art. Moreover, the text includes comprehensive lessons involving different races, genders and sexualities.

Tracksdorf’s overall approach to writing the textbook is to represent all students and cultivate a classroom where everyone feels embraced.

“We didn’t just write about these things from an outside perspective,” he said. “We invited people from different backgrounds to share their experiences so that expert voices can be heard.”

This past November, Tracksdorf received the Nelson Brooks Award for Excellence in the Teaching of Culture. This national award is one of the highest honors for educators of language.

While Tracksdorf feels honored to be the recipient, he also feels as though this award should be shared with his students and collaborators.

“Awards are awards,” he said. “I think seeing the students learn and watching changes in their lives from education is worth much more than any plaque.”

Tracksdorf hopes that receiving this award will raise awareness for the material which he has brought to the table and encourage other universities to try similar curriculums.

Senior German and French double major Reed Reed has taken numerous classes with Tracksdorf throughout their time at URI. They have already experienced the benefits from Tracksdorf’s curriculum, they described the classes as very hands-on with a strong focus on current issues.

Reed said that Tracksdorf truly cares about his students, both academically and personally. They believe that learning German is always exciting when utilizing Tracksdorf’s teaching style. By being a tester for this curriculum, Reed hopes the program can continue to improve for students.

“It’s really nice to have a multifaceted approach to language learning that is not just focused on the language itself, but also culture and comfort,” Reed said.