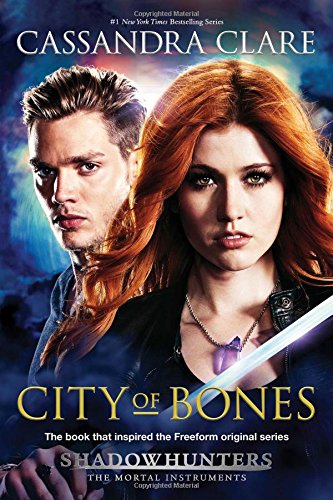 If you’re looking for something new to read during quarantine, take a look at the ‘Mortal Instruments’ series. Photo from amazon.com.

It’s a big trend to ask people what they’ve learned how to do in their free time during the nearly year-long pandemic we’ve all been stuck in, and I, for one, have perfected the art of escapism.

Rather than pick up a new hobby, I’ve honed in on my favorite one that already previously existed: reading. I love reading and constantly wish I had more time to do so, and when I was handed more time on a platter by the universe last March, I took that “This isn’t exactly what I meant when I said it” situation by the reins.

With the inability to buy books in bulk while neglecting the ones that had been sitting on my shelf for more than an acceptable amount of time, last March I had to succumb to the list I had bought and never read.

On April 3, I chose the book for my fifth read of quarantine. I rummaged through the stacks (literally, stacks on the floor) of books in my room and unearthed a small paperback with a glossy red cover.

The book: City of Bones by Cassandra Clare. This moment would ultimately shape my quarantine experience.

Now, I know what you’re thinking, “Oh no, she’s writing this week’s column about some ‘Twilight’ want-to-be fantasy shindig,” and I thought that too when I heard about the premise of the book, but just hear me out (no offense, “Twilight” fans).

The “Mortal Instruments” series, in which “City of Bones” is the first, is all about 15-year-old Clary Fray. Clary is a pretty normal kid: she goes to school; she likes to draw; she lives with her mom in Brooklyn; she hangs out with her childhood best friend Simon. One night, Simon and Clary go to a club for teens called Pandemonium, and Clary sees someone get murdered, but when she tells Simon to look at what’s happening, Simon tells her that he can’t see what she’s seeing.

Clary finds out from a boy named Jace that it is because she is what is called a Shadowhunter, like him and his friends. Shadowhunters are human and angel hybrids that can see demons and must protect the world by killing them.

Clary also finds out that “all the stories are true,” and things that are supposed to be fictional – vampires, werewolves, demons, fairies, and warlocks are all real.

The series consists of six books, all about Clary and her new group of Shadowhunter friends, plus Simon, having to save the world from a whole bunch of evil (that I will not disclose here because that will ruin the entire story for you, and I will not give you that instant gratification) by finding the mortal instruments. These are the three divine items – a mirror, a sword and a chalice – that the Angel Raziel gave the first shadowhunter.

I was hooked on these books for the majority of April and May, and I ended up finishing the entire first series and second “Shadowhunters” series, called “The Infernal Devices” by the time the fall semester started.

These books are the type of books you read and wish hadn’t ended. And the good thing about them is that they kind of never do end. Clare has written four series about the shadowhunter world and all of the books intertwine. She’s currently in the midst of writing the fifth series and a sixth series has been confirmed. I really don’t know how the woman does it.

Trust me, these books are good, and I don’t even like fantasy novels, but I loved these. I know they can sound cheesy at first, but they’re so detailed and so much of the folklore and biblical references made in these books are actually true, so it feels like you’re learning something while reading – you know, in a cool way.

So if you’re looking for an enthralling, captivating book or series to read that makes you feel like you’re reading John Milton’s “Paradise Lost” if it were written for young adults in modern-day English, I could not recommend “The Mortal Instruments” enough.