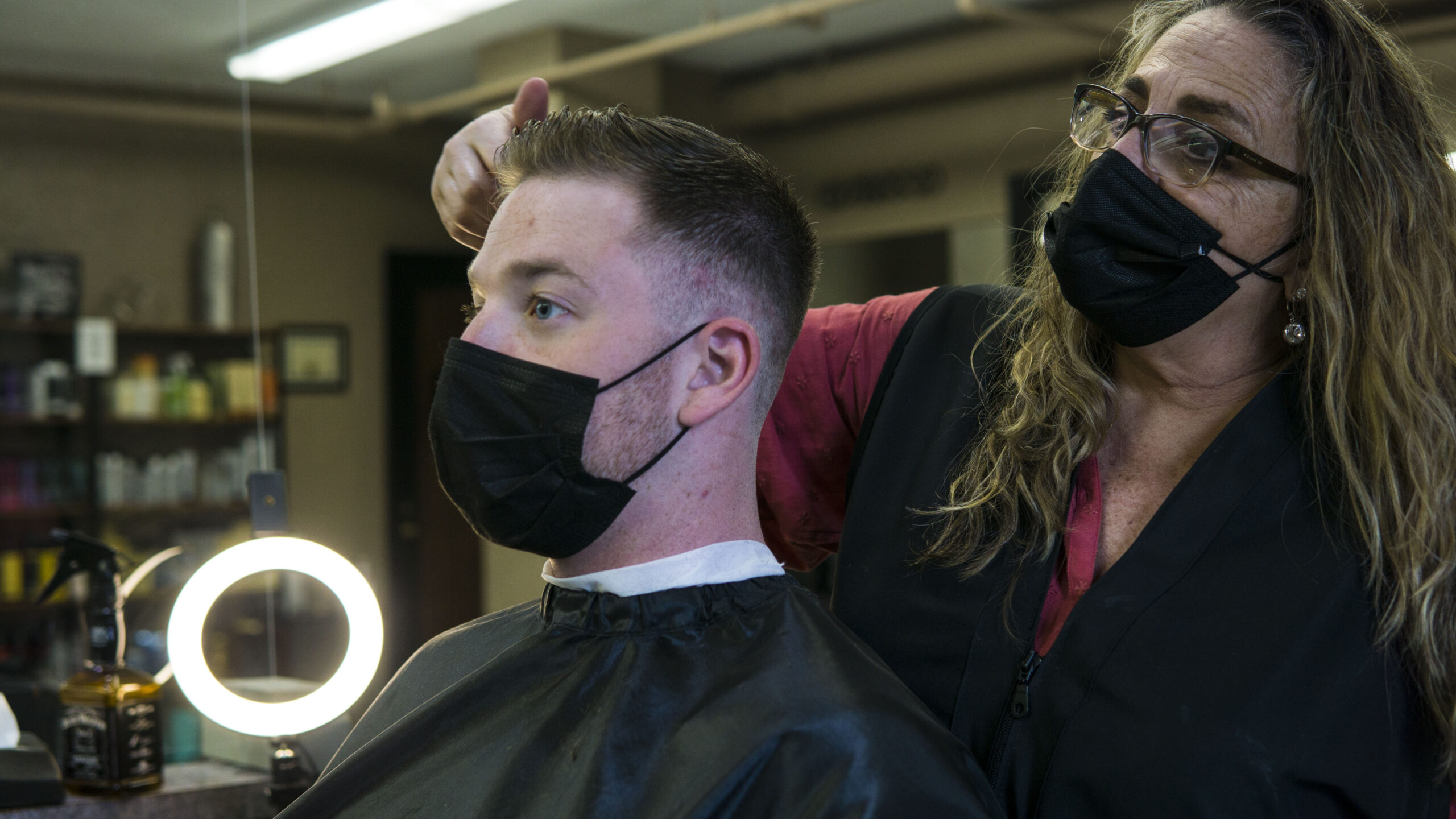 Total Image Hair Salon has had to adjust throughout the pandemic but it has still been able to provide service to members of the University of Rhode Island community and beyond.

Brenda Celona, the owner of Total Image Hair Salon, located on the bottom floor of the Memorial Union, has been working at the salon for 33 years and has been the owner for 13 years as of this June.

Many of the clients at Total Image are URI students, though many clients come from surrounding communities.

The pandemic has also made Celona change her marketing strategy of promoting the salon at First Night. She has had to shift gears, relying on word-of-mouth to get new clients into the salon.

At the outset of the COVID-19 pandemic, the salon faced uncertainty and has been faced with numerous challenges since then. Celona said that she has had to make decisions with an uncertain future ahead.

“When I had to close that day, I had no idea how long,” she said. “[I was] thinking for a couple of weeks, but it was unknown, so I had no idea about finances.”

She also wondered when she would be able to see the students who came to her salon, especially graduating seniors.

Celona said that one of her favorite parts about her job is meeting all of the students that come in and forming relationships with them throughout their time at URI.

“You can’t beat the students, they try to keep you young,” Celona said. “They’re just so high energy. They are uplifting.”

Before the pandemic, Celona had two other employees working at the salon, but now it is only her and Madison Ferreira, a recent URI graduate who has been working at the salon for six years.  Celona said she met Ferreira at First Night when Ferreira was a first year student at URI.  She had just got her hairdressing license.  At the time, Celona wasn’t looking to hire, but a month later, one of her employees moved and Celona called up Ferreira.  They have been working together ever since.

Because Ferreira has experience at URI, she can offer many students advice and resources that they may not have known about.

“I’m able to give these kids advice and tell them how many different things and tools are on this campus like the Academic Enhancement Center and all of these things that people don’t know,” Ferreira said. “I’m a great tool for a lot of these kids.”

Celona hopes that soon, the salon will go back to the fun, high-energy salon that it was before the pandemic.

“I want my fun salon back, I want the magazines out, I want people in here, waiting with their friends and cheering them on when they’re shaving their head or doing something crazy like that,” Celona said. “It’s so boring. This place is normally so much fun, but I try to make it fun still.”