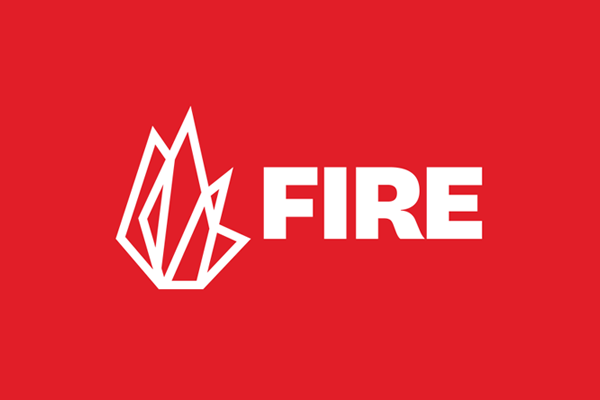 URI student Tim Hecker spoke for the masses in a rather strongly worded statement in response to his receiving a parking ticket for parking in the wrong FAC lot. Photo from thefire.org.

The University of Rhode Island Parking Services recently became involved in a controversy after violating a student’s constitutional rights, related to what one student described as Parking Services’ “predatory” behavior.

Tim Hecker, a senior music education major at URI, was threatened with punitive action by the Department of Transportation and Parking after sending a passionately worded appeal for a parking ticket he had gotten in the Fine Arts lot.

Like many student commuters, Hecker purchased a parking pass for the Fine Arts lot — one of the commuter lots that has remained open through the pandemic. Before purchasing the pass, Hecker received three parking tickets. URI’s Transportation and Parking Department (TAP) told Hecker to buy a permit, and he would be free to park in the Fine Arts lot.

After buying the pass, Hecker was shocked to find that he had gotten a ticket even with the parking pass in a nearly empty lot, this time for parking on the wrong side of the lot.

“Especially in the time of COVID, it is pretty wrong to be ticketing people in an empty lot,” he said. “When you consider the fact that so many of us and our families are having financial struggles during this time because of the way the pandemic has affected us. All of that frustration with the way [TAP] [was] handling the situation came out in that moment.”

This is when he sent in his strongly worded appeal to get the ticket dropped.

“Are you kidding me?” the appeal read. “You tell me I need to buy a pass, I buy a pass. I bought a fine arts lot pass and you ticket me for being in the wrong lot?! Get lost guys, you’ll have to pry the $35 out of my cold dead hands you predatory, money hungry bastards. The parking regulations on campus are so draconian and convoluted that it’s basically just a situation where students lose every time so you can profit. Go away.”

TAP responded to this appeal by not only denying it but also threatening to take punitive action for Hecker’s words.

“Your choice of words in this appeal are inappropriate and not acceptable, and will be referred to student conduct if continued,” the response read.

According to Hecker, his schooling and background in history allowed him to quickly recognize the infringement of his constitutional rights.

After looking into similar situations that had occurred on other campuses, Hecker found the Foundation for Individual Rights in Education (FIRE) and filled out its intake form.

FIRE is an organization whose goal, according to their website, is “to defend and sustain the individual rights of students and faculty members at America’s colleges and universities.”

Alex Morey, the editor-in-chief of the newsdesk and an attorney for FIRE, took on Hecker’s case. She said that while FIRE didn’t take a position on whether or not Hecker deserved the ticket, they did flag an issue with the University’s response to his appeal.

According to Morey,  Hecker’s strongly worded appeal was protected under the First Amendment right of freedom of speech.

“There’s a very high legal standard for language that might rise to a true threat; for example, you can’t threaten people,” said Morey. “But Tim didn’t do that, he was just using very strong language to express his deeply held belief that URI’s Parking and Transportation folks are doing parking in what he feels is a predatory way, and he has every right to say that. The person at the parking department should have known that.”

FIRE requested that URI respond to them by March 25, ensuring that Hecker’s rights were not infringed upon and that the University appropriately trains members of its community on civil liberties.

Recently, Hecker got a response from the University which said that he would not be punished for his appeal as it was, in fact, protected expression under the First Amendment.

The University also submitted a response to FIRE’s request. According to Morey, not every university responds to these types of concerns in an appropriate or timely way, but URI responded quickly.

“We really want them to train the people that are working with the students to make sure that everyone that’s an administrator, that has some level of power over students’ lives, knows the basics of students’ First Amendment rights, and make sure that they’re not threatening to violate them, even in these more routine matters like parking tickets,” Morey said.

According to Hecker, many students have voiced distaste for how TAP operates, including graduate students involved in assistantships programs.

“A lot of universities think that they’ve got full control over the students, what they do and what they say, but we do have Constitutional rights; we are still citizens of the United States with rights that we are entitled to,” Hecker said. “I would encourage anyone to go and read up on the Bill of Rights, stuff you’ve got to know you have, especially when it comes down when it’s not just parking services, and maybe you said something to a police officer; it’s still protected speech as long as you’re not implying or creating a threat to them.”

This is just one of many First Amendment rights issues that have occurred at URI recently, according to Morey.

In September 2020, the University condemned the words of Erik Loomis, a URI professor, on social media platforms. Loomis’s statement pertained to violent protests that had been occurring in Portland, Oregon. While it was a controversial subject, his expression was protected by the First Amendment, as Morey said that professors are protected in sharing their personal opinions.

FIRE rates universities on a traffic light system, using red, yellow and green lights as different categories. URI has a yellow due rating due to its vague policies about speech and other rules.

Morey cited the University’s ‘Respect for Health, Safety, Rights of Others, Rights of Self’ policy, found on page 20 of the University’s Student Handbook, which mandates respectful interaction among community members. However, respect is not defined, according to Morey, nor does the Constitution ban disrespectful speech.

“In Tim Hecker’s parking case, you could argue that calling the Transportation and Parking Office ‘predatory’ is not sufficiently ‘respectful,’” Morey said.  “On the other hand, the University told us they agree this speech was completely protected by the First Amendment.  This is why vague policies, like many of the ones URI has, undermine their commitment to the First Amendment.”

Morey said that FIRE has employees who can work with administrators in higher education to review university policies, offer criticisms and work to improve policies to ensure that students’ rights are protected.

Though Hecker was able to avoid any punitive action being taken against him, he will still have to pay his ticket.