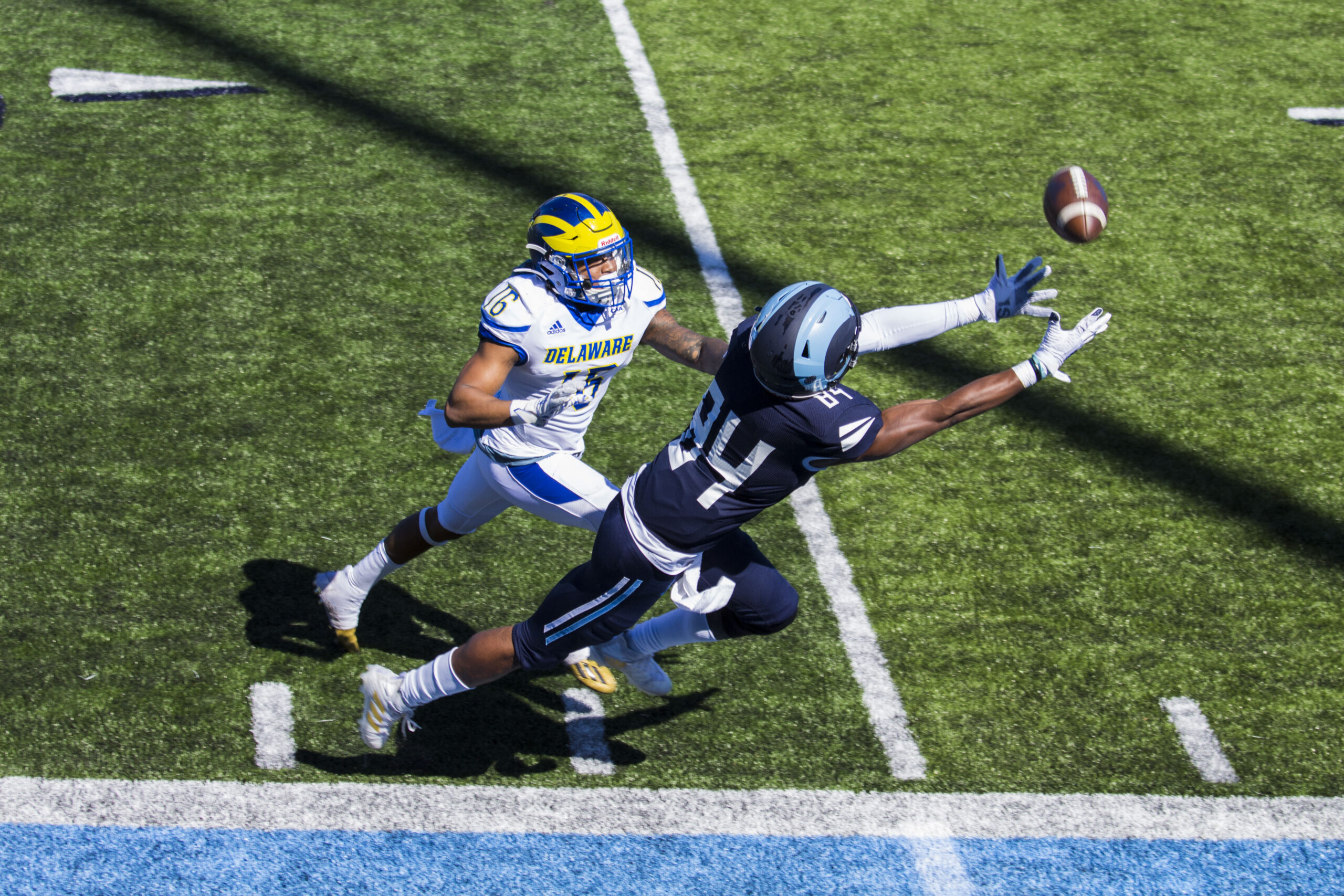 The University of Rhode Island Football team was stuffed at the goaline on Wednesday morning by the toughest opponent in school history.

The Rams announced that they would have to shut down for a minimum of 10 days following a string of positive COVID-19 cases within the program. With only two scheduled opponents left, including this weekend’s scheduled contest vs. the University of Maine, Rhody’s season is effectively over. Football is the second sport this spring to have their season ended due to COVID-19 health and safety protocols, following a similar announcement by Women’s Soccer on Tuesday morning.

Speaking to the media on Wednesday, Athletic Director Thorr Bjorn said the main priority this year was for the safety of the student-athletes, and the department would not sway away from sticking to that promise.

“We promised ourselves and our student-athletes that we would do everything in our power to put them in a position to compete in a safe manner,” he said. “When it was taken out of our hands, we made a decision to follow through on that promise in that we weren’t able to have them compete in that safe manner.”

Bjorn said he does not know the cause of the outbreak on the football team and also admitted he may never receive that information. He said the athletic department as a whole does not get involved with the contact tracing procedures, instead leaving that to the school and state health officials.

Rhode Island finished the season with a 2-1 record across three conference games. While there is the obvious caveat of the abbreviated year, it is the second time in three seasons the team finished with a winning record. This week, the Rams were ranked #22 for the second time in a row in the STATS Perform Top 25 rankings.

“I think the guys have a great sense of confidence after three well-played games,” Bjorn said about what the team can take away from the season. “I think the guys really believed in themselves. I think it was a great chance for Coach Fleming to have his two new coordinators and new staff members to actually get out there and show what they can do.”

Rhody was supposed to have their fourth game of the season last Saturday vs. the University of New Hampshire at Meade Stadium. It was announced late last week that the game would have to be postponed following positive cases within the UNH program, the third week in a row the Wildcats have seen their game cancelled.

Out of seven scheduled games announced by Rhode Island last fall, only three went ahead. Home games against UNH and Maine were canceled along with the regular-season finale away at Stony Brook University. Rhody was supposed to open the season away to Bryant University before the Bulldogs cancelled the contest due to virus concerns.

Bjorn said that he was not the one who broke the news to the team, but rather it was Rhode Island Head Coach Jim Fleming who told the team about the unfortunate circumstances in a Zoom meeting late Tuesday night. Addressing the initial cancellation of the matchup with UNH, Fleming was impressed with the team’s response.

“The kids took it in stride,” he said on Monday. “We’re disappointed. Anytime you miss a game it’s kind of heartbreaking.”

In terms of the future, Bjorn did say the team will look to resume their normal summer and fall slate, as long as it is safe to do so. When asked about vaccine requirements, he said that he hadn’t heard anything as of yet at either the NCAA or school level. Bjorn was though passionate about the potential of having a normal-looking athletic program in the fall.

“With the vaccine coming out and seemingly having some set of normalcy in so many facets of our life, I’d like to think we’re gonna be moving forward with a traditional fall,” Bjorn said. “Until someone tells us different, that is the motivating factor that we have. I believe very very strongly that that sense of normalcy should be there.”