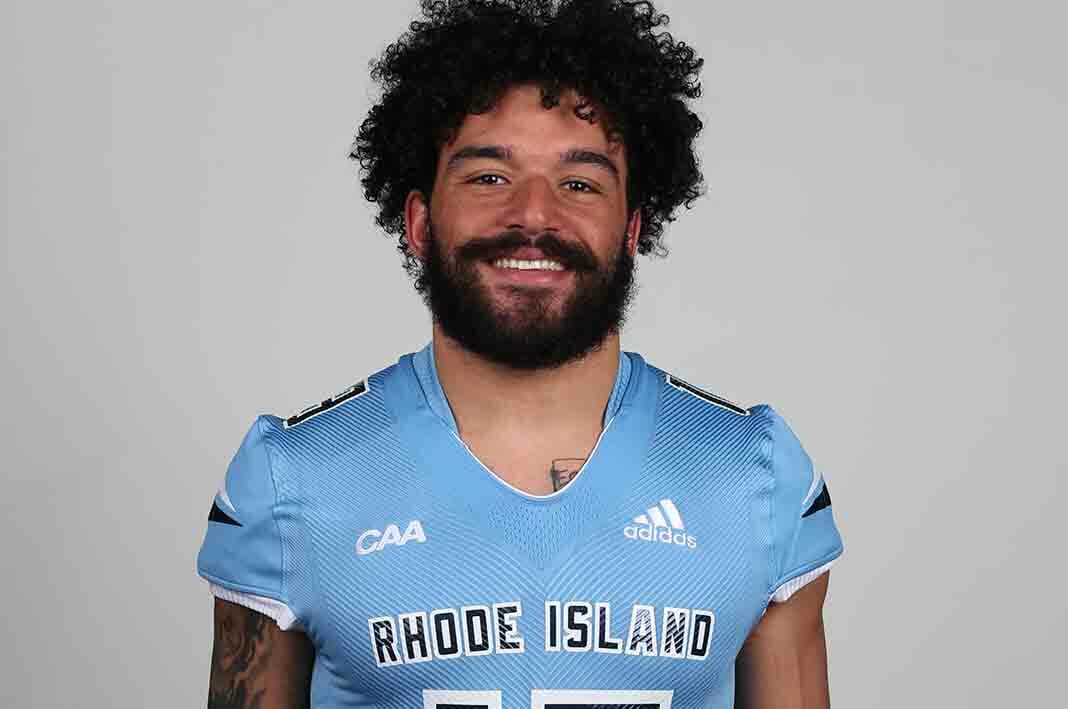 Heading into the 2020-21 season, the University of Rhode Island Women’s Basketball team was projected to finish 11th in the conference’s preseason poll voted on by the coaches. They were able to surpass expectations and finished fourth in the conference, with Head Coach Tammi Reiss winning Atlantic 10 Coach of the Year. One reason for Ram’s successful season was redshirt junior Emmanuelle Tahane. After transferring to Rhode Island during the 2019-20 campaign and sitting behind star forward Nicole Jorgensen, Tahane emerged as one of the best players in the conference. The Bondy, France native was a force in the paint and on the boards, averaging 14.8 points and 10.2 rebounds per game while shooting an efficient 60 percent from the field. It came as no surprise when her success on the floor turned into Atlantic 10 Co-Player of the Year honors, as Tahane became the second player in program history to win this award.

Even if the URI Men’s Basketball season will go down as a disappointment, one player who stood out among the rest was senior Fatts Russell. The Philadelphia native capped off a brilliant career with Rhody in the 2020-21 season, where he led the team in points, assists, steals and free throw percentage. His standout performance of the year was on Senior Night against Dayton, where the point guard led his team from down 18 in the second half to a double-overtime win in his final game at the Ryan Center. Russell announced in April that he plans to play a graduate year at the University of Maryland, but his impact on this program will be remembered for years to come.

This year, the Volleyball team secured their first Atlantic 10 tournament appearance since 2017, partially thanks to the play of senior outside hitter Claire Chaplinsky. Chaplinsky led the Rams’ attack, finishing third in the conference with 174 kills and fifth with 3.41 kills per set. Her best performance of the season came on Feb. 19 when she recorded a career-high 19 kills against Northeastern. As a result of her season-long consistency, Chaplinksy earned Second Team All-Conference honors, a nice reward to close out her collegiate volleyball career.

While the Football team only played three out of their scheduled seven games this season due to COVID-19 health and safety protocols, one player who made his mark in the shortened season was senior safety Coby Tippett. The transfer from Towson had three interceptions on the year, including one against the University of Albany as the Great Danes tried to secure a late-game win. Tippett was named Colonial Athletic Association Defensive Player of the Week after this performance and was a major force on the defensive side of the ball in the shortened season for Rhode Island.

The Rhode Island Women’s Soccer team secured their first win over Boston College in program history last month, with team MVP Haley Pignatelli having her best game of the year. She scored the game-tying goal with less than three minutes to play and assisted the game winner in overtime. The senior from Parsippany, New Jersey tied for the team’s lead with two goals, with her first career strike coming earlier in the season against Saint Joseph’s University.

After scoring 21 goals and earning All-American honors at Eastern Connecticut State during the 2019 season, Patrick Agyemang decided to transfer to Rhode Island for the remainder of his college career. Despite only being on campus for a few months, his impact on the soccer field was immediate. Agyemang led the Rams with four assists and eight points this season. He recorded the first goal of his URI career in the team’s home opener on March 31 against Saint Joseph’s and followed that up with a penalty strike and a cross to set up the game-winning goal in their comeback victory against La Salle. With a full soccer season in the fall ahead, Aygemang has the potential to assert himself as one of the best players in the A-10.

No team at URI has arguably had worse luck this year than the Softball team. The Rams have had a mind-boggling 23 games postponed or canceled on the year, either due to weather or COVID-19. In the 15 games Rhody has played so far, junior infielder Ari Castillo has made the most of her opportunities at the plate. At the time of publication, Castillo leads the team in hits, slugging percentage and RBIs. Rhode Island is expected to resume their season later this month after being forced to pause due to health and safety protocols related to COVID-19, where Castillo will look to resume her dominance at the plate.

The 2020-21 year will forever be remembered as the year of disarray for college athletics. A ball getting dribbled seemed bleak in the summertime, as conferences all around the country waited nervously to see who would blink first. Ultimately, big-time college football conferences announced their intention to play in the fall, and other schools and sports soon followed. Here at the University of Rhode Island, Men’s and Women’s Basketball were the only sports to play competitive games throughout the winter. Fall sports like football, soccer and cross country were shunted to the spring, but all Division I teams managed to return to competition, with some having more luck than others. To round off the year, the Good Five Cent Cigar has named an MVP for each team at the University. Part one this week will predominantly feature teams who have finished their season, and part two next week will cap off the remaining teams.