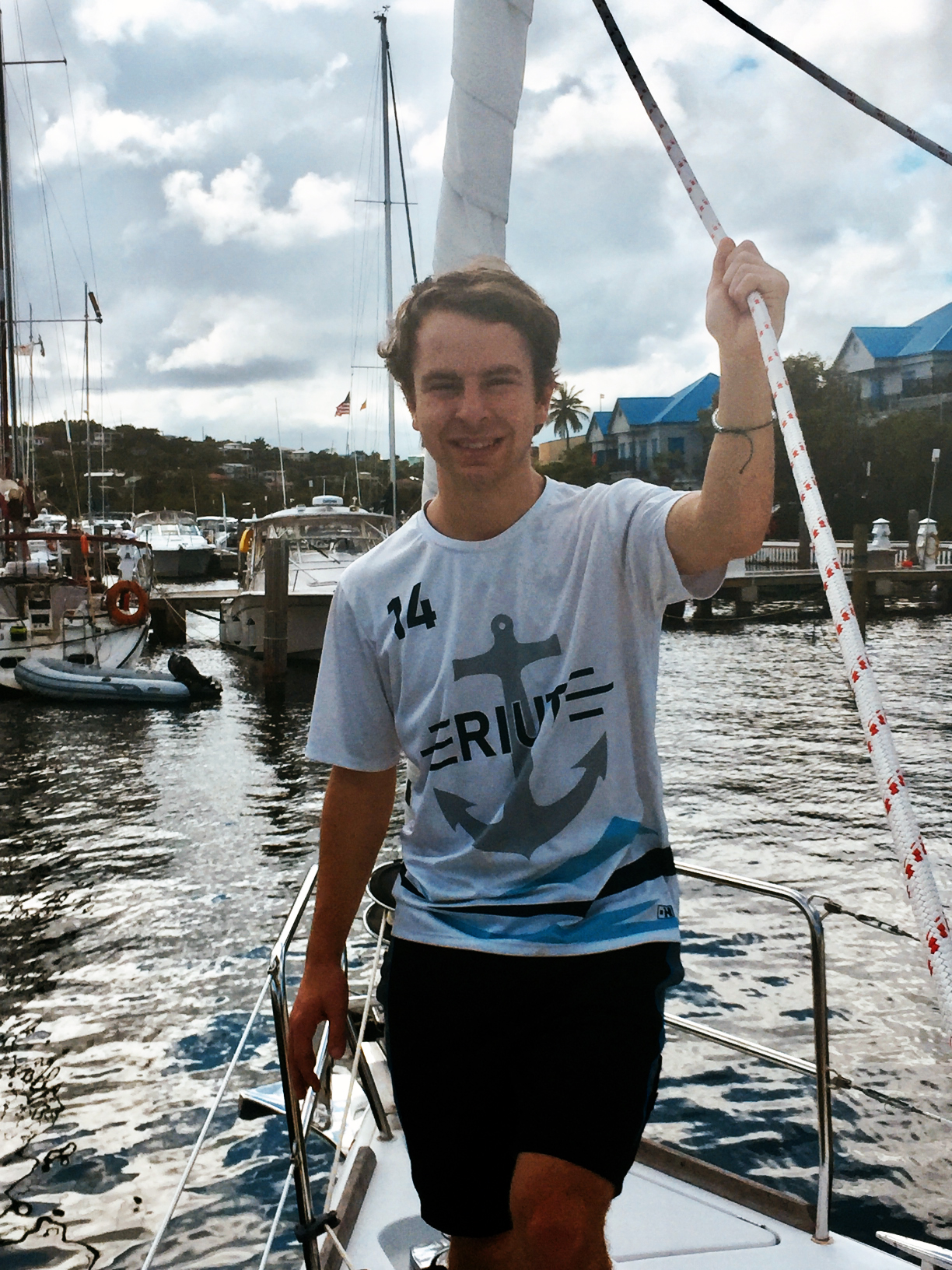 The most recent recipient of the Barry Goldwater Scholarship who beat out over 400 other nominees nationwide, Myles Wagner is an exemplary marine biology major. Photo from uri.edu.

Junior Myles Wagner is a scuba diver, ultimate frisbee captain, marine and cell and molecular biology student, and most recently, the recipient of the 2021-22 Barry Goldwater Scholarship for STEM undergraduates.

Wagner, one of 410 undergraduates nationally that applied for this award, said it was a “huge honor” to receive the scholarship.

The University of Rhode Island is only able to nominate three students for this scholarship, according to the Director of the Office of National Fellowships and Opportunities Kathleen Maher. Maher credits Wagner’s success to his research and work ethic.

“Myles brings a seriousness of purpose with him, but also humility and the ability to take constructive feedback, and I think these are all things that benefited him greatly,” Maher said.

In addition to his research, Maher said his class load made him stand out as a notable applicant in a pool of many other qualified candidates.

According to Wagner, it was becoming a certified scuba diver at 15 years old that inspired him to study marine science in college.

“Through [scuba diving], I found out a lot more about some of the issues that are facing the ocean, and that was really the motivation for me to start studying marine biology and have a career where I can make an impact on some of these issues,” said Wagner.

Wagner said that his favorite experience throughout his time at URI has been the work he’s done in assistant professor of biological sciences Carlos Prada’s lab. He said that working with Prada helped him learn about what being a researcher is like and what a career in that field would look like.

According to Wagner, the staff and opportunities at URI have had an impact on his successes in marine biology.

“URI was really good about really getting me involved in research extremely early on in my undergraduate career,” he said. “By second semester of my freshman year, I was already in the lab extracting DNA from corals and doing really cool research.”

In addition to all of his work in marine biology, Wagner is involved in the Scuba Club and Ultimate Frisbee team at URI.

According to Maher, this aided him in receiving the Goldwater Scholarship, as these organizations showed that he is a “well-rounded individual.”

Last year, Wagner was the recipient of the National Oceanic and Atmospheric Administration’s Ernest F. Hollings Scholarship. Winning this award helped him to better prepare for the process of applying for the Goldwater scholarship, Maher said.

URI is the top producer of the NOAA Hollings Scholarship in the northeast, according to Maher, with 32 recipients since 2009.

Winning the Goldwater Scholarship has been a highlight of Wagner’s college career and has made an impact on his future.

“Getting this scholarship really solidifies my confidence in my ability to make an impact in the field and definitely has encouraged me to shoot high for graduate school,” Wagner said.