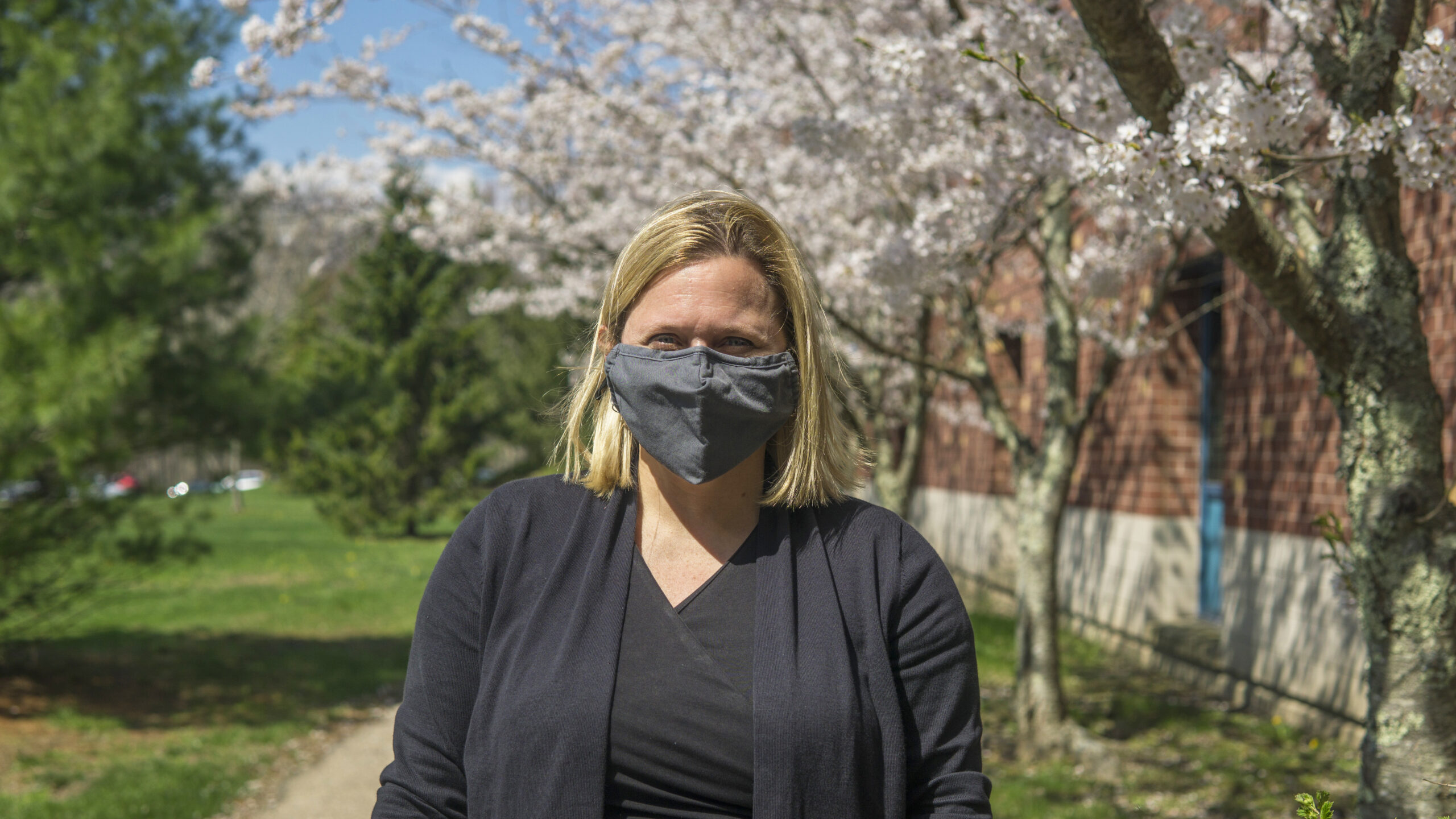 As a chair of marine affairs at URI, Tracey Dalton possesses much knowledge on Rhode Island’s aquaculture. Photo by James Singer.

With over 400 miles of shoreline, it makes sense that the official nickname of Rhode Island is “the Ocean State.”

The beaches draw thousands of visitors each year. Tourists and residents alike frequent seafood restaurants for locally-caught delicacies, such as oysters. One of the state’s best-known industries is aquaculture. The ocean, of course, greatly impacts Rhode Islanders — but how are we actually impacting it?

“Essentially, I study people and how they interact with ocean and coastal spaces,” she said, “so I look at how people use space, how they think about coastal and ocean spaces and environments [and] how we govern those uses through policy.”

One of her recent studies looked at how boaters, recreational fishermen and commercial fishermen are impacted by offshore wind farms, such as the Block Island Wind Farm. The results of the study found that as more fish came into the area, recreational fishers were more attracted to the area, whereas commercial fishers found that they were being pushed out of the space.

“There’s evidence that on the Block Island Wind Farm that there’s lots of growth of mussels and other types of organisms right on the structure,” Dalton said, “and then those mussels are actually attracting other types of fish that might feed on them.”

During the course of the research, Dalton spoke with spearfishers, who generally fish close to shore and in rocky areas. She said that now, many of them are going to the Wind Farm because of the greater number of fish.

Dalton has also conducted research in the Caribbean, where her team is looking at sargassum, a type of seaweed that has been washing up on a number of beaches throughout the region. It has impacted the area’s fishing and tourism industries, as well as the local community. Due to the pandemic and the fact that the study is supposed to be conducted on-site, it has been pushed back until next fall at the earliest.

After getting her undergraduate degree in chemistry, Dalton’s interest in environmental chemistry led her to a job at the Woods Hole Oceanographic Institute.

Growing up in Massachusetts, Dalton spent a lot of time at freshwater ponds during her childhood. As she grew up, she spent more time around the ocean, but it was her time at Woods Hole that sparked her interest in environmental policy.

“There’s a marine policy center as one of the divisions of the Oceanographic Institution, and so I ended up working with the folks there and got really excited about what they were doing,” she said. “There’s all sorts of science that goes on there, whether it’s the social science in the Policy Center to biology, physical oceanography, coastal science, all sorts of things.”

She now serves on a variety of committees and advisory boards for marine policy, where she is “able to provide some of my own experiences and insight into the policy process.”

Dalton, a marine affairs professor, came to URI 19 years ago after getting her Ph.D. at the University of Massachusetts Boston. Since then, she has taught a variety of undergraduate and graduate courses, published several articles and has been a research advisor for over 35 students.

Ken Hamel, one of her current students who is pursuing a Ph.D. in marine affairs, said that working with Dalton has opened his eyes to the bridge between biological and social sciences. Before coming to URI, Hamel had no experience in social science research, only biology.

“Tracey has helped me bridge the gap, and maybe one of the reasons she is so good at it is because she had to make a similar leap herself,” Hamel said. “She has taught me new ways to think about subjects I thought I already knew well enough, trained me in new research methods I’d never heard of, and emphasized mindfulness in my approach to my research subjects.”

Hamel is just one of many students that have praised Dalton for her teaching methods.

“In my classes, we’re talking about things like marine conservation policy, and so I want the students to be able to understand a little bit of the theory behind it,” she said, “but then to think about how you might apply that as a conservation professional working for an agency or [non-governmental organization].”