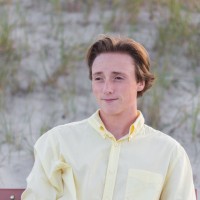 Isaiah Kittle, recently elected President of URI’s Club Sports and Intramural Council, is looking to the future of Club Sports in a post-COVID era. Photo from linkedin.com.

After seeing fall, winter and spring athletic seasons disrupted by COVID-19, the University of Rhode Island’s Department of Club Sports plans to restart standard team activity in the fall, and that starts with the election of the new Club Sports and Intramural Council (CSIC) President Isaiah Kittel.

About to complete his third year at URI, the supply chain management and Chinese double-major is no stranger to CSIC, the student-led governing body of the University’s club sports program. As the president and treasurer of the club crew team, Kittel served as the treasurer of CSIC last year and gained experience he believes will be helpful during his upcoming term as president.

During his term, Kittel said he wants to continue the work started by the previous CSIC executive board and examine the council’s bylaws to make club sports teams more inclusive and eliminate all forms of discrimination. At present, club sports that have a Division I team at URI, like baseball and softball, are not allowed to be recognized by the club sports program or CSIC because of a “university mandate,” according to Kittel.

By conversing with athletic teams and building relationships within the programs, Kittel said one of his main objectives this year is for CSIC to recognize club teams that have Division I duplicates. Even though there is a Division I women’s volleyball team at URI, the Department of Club Sports and CSIC welcomed Women’s Club Volleyball to the program in early April.

“We were able to find common ground and settle on something, and that is something that I believe we can, as CSIC and as a university, move forward and look at doing with the sports that have not been recognized,” Kittel said. “There is definitely going to have to be a collaboration with Division I Athletics because that is what it is going to take. It is going to take an agreement and a recognition of each other in order to move the process along and create a healthy relationship between one another.”

As CSIC president, Kittel will work closely with other students on the executive board and URI Coordinator of Club Sports Joe Wilbur. With Kittel taking on a new role in CSIC, Wilbur said he is “excited” to be working with him over the next 12 months.

“I think Isaiah will be a consequential CSIC president,” Wilbur said. “He is very passionate about all club sports and about the crew team and about advancing the program as a whole. I know he has some ambitious goals of bringing on some additional teams during the course of his tenure, revising some outdated rules, and I am happy to support him in any way that I can.”

Along with the addition of more club sports teams, Kittel also wants to create more space for club teams to be active on campus. With URI’s plans to transform Tootell West Gym into a Division I basketball facility in the coming years, places where club sports teams can practice and train on campus are becoming limited, according to Kittel.

Also while in his new position on CSIC, Kittel said he wants to begin conversations about building a recreational center on campus in an effort to provide more space for people both in the URI community and locally who would benefit from on-campus workout spaces.

“Obviously, it’s not going to happen overnight,” Kittel said. “It’s something that’s going to take a couple years, but my goal is to start the talk and start the preparation. It’s going to have to come from the students.”

Looking towards the fall semester and the beginning of his presidency, Kittel said he believes the goals and aims of CSIC are for club sports to be “back to normal” in the fall.

“It might be a little different, but that is the goal of everyone,” he said. “Almost every sport has had to change its function some way, somehow, but definitely moving forward, there is an anticipation that it’s going to be back to normal, but at the same time we’re also hoping for the best but preparing for the worst.”