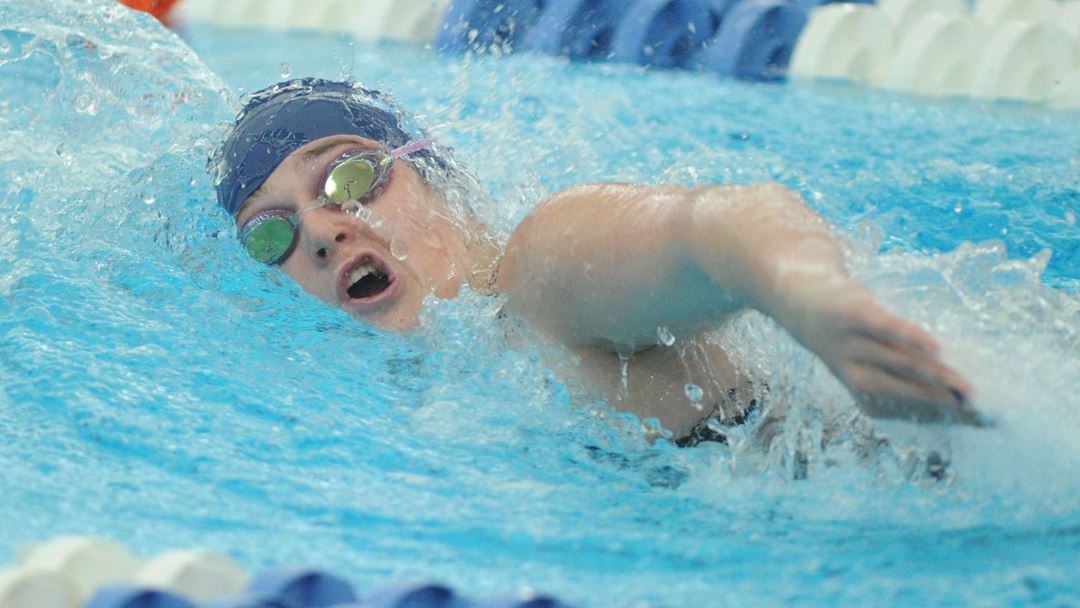 After a tumultuous season due to COVID, the Ram’s Swim and Dive team placed in the top 10 at the Atlantic 10 Championships. Photo from gorhody.com.

The Rhode Island Swim and Dive team completed their season at the Atlantic 10 Swimming and Diving Championships, finishing the competition in 10th place.

The championships were held over four days and in two different locations. The swim team competed at the SPIRE Institute in Ohio while the dive team competed at George Mason University in Virginia.

The dive team is made up of just six athletes, so being apart from their swimming counterpart affected their performance in Ohio.

“The separation from the team was challenging for that group,” said Head Coach Mick Westkott. “Being away from the rest of us was perhaps a limiting factor.”

Over in Virginia, three Rams scored points for URI in individual swimming events. Senior Brooke Kelley earned the highest place of the day in the consolation final of the 200-yard breaststroke. Completing the race at 2:20.73, Kelley placed 13th and gained four points for URI. Senior Rebecca Younts was not far behind her with a time of 2:22.10, placing 15th and earning two points for the Rams. Junior backstroker Michaela Degnan also scored two points for the Rams with a 2:02.78 time and 14th place performance.

The last event of the day, the 400-yard relay made up of swimmers Grace Kennedy, Mia Bonvissuto, Camryn Kreuscher and Zoe Sheridan, was one for the books. Although they didn’t place as well as they wanted, they dropped 11 seconds from their seed time, meaning each athlete dropped an average of 2.5 seconds of their swim time.

“It was a great way to end a challenging week and a challenging season,” Coach Westkott said. “It was such a good experience for the team and those four women. It was great to see them finish that way.”

This season was challenging for Rhode Island, as positive COVID-19 cases circulated the team during the first semester, forcing them to take multiple pauses. This resulted in the athletes taking extra precautions coming into the second half of the season.

“The athletes realized what was at stake if they weren’t careful,” he said. “We had not one positive test since we came back from Christmas break. Even though it was challenging, they were tough and that’s what we are very proud of.”

The future is looking bright for the URI Swim and Dive team with many new faces and high spirits heading into next year. According to Westkott, four athletes opted out of this year’s season and two injured athletes will be returning next season. In addition, there are nine incoming freshmen that will be competing next season.

“The numbers are going to be really good and really competitive,” said Coach Westkott. “I think that is going to motivate everybody to have a strong year next year.”

One thing that can’t be taken away from the URI Swim and Dive team is their spirit and relationship with one another. Even through a pandemic, multiple season pauses, and an abnormal schedule, the team has been able to stay positive and maintain their close bond.

“What they have done in terms of team spirit and team culture is something that we can build on, and we want to continue to develop that strong sense of enjoying each other when we are around each other,” said Coach Westkott. “That is going to carry us a long way going forward.”