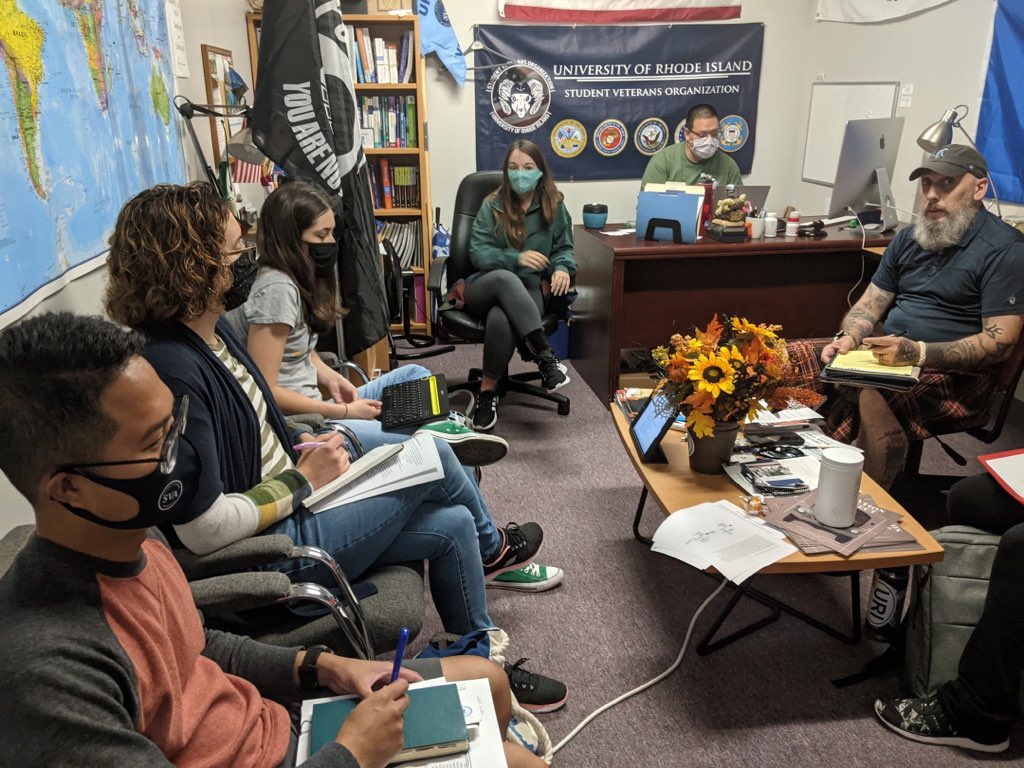 A cornerstone of the college experience at the University of Rhode Island is a community, and for former armed service members, the Student Veteran Organization (SVO) looks to offer that for them.

The SVO is part of the Student Veterans of America, a national organization that ensures “student veterans and military-connected students achieve their greatest potential,” according to their website.

The national organization holds an annual national conference in January, in which chapters from around the country come together, network and participate in workshops on topics ranging from using LinkedIn to doing interviews, according to Delight Bucko, a graduate student who has been involved with the SVO since she got to URI.

Bucko said the URI chapter is also working to find ways to help its members in their future careers.

“From September to December, we’re thinking about how we are going to get our members sponsored, so we do a lot of work with the [Veterans of Foreign Wars] to try to get that covered,” Bucko said.

They also hold group events, such as their annual on-campus event to celebrate Veteran’s Day, which will be held Nov. 11 at 1 p.m. on the Quad, their Armistice Day Ceremony and hiking together, which Bucko said they are doing this weekend.

Bucko said that one of the best things about the group is that they are always working together to build connections, hold events and create relationships with one other.

The group has an office located on the third floor of Memorial Union, where members meet.

“A bunch of us are commuters so this is our personal space,” said Chantel Rosario, a member of the group who has been in the Army National Guard for four years and is in the University’s ROTC program. “So rather than being downstairs or in the commuter lounge, where we all chill and talk, we help each other with classes as some of us had the same classes previous years and we have our own little library with books that way we don’t have to purchase from the bookstore because sometimes finances can be hard.”

The age range of students in the club range from young service members like Rosario to older parents who have come back to school. Bucko said that one member of the organization is a parent whose student is also attending the University.

The group is in the process of getting a full office downstairs in the Union, expected to be done by next year, with the hopes that the bigger space will be a place where students can take advantage of resources in the office such as computers for students to work on projects and do homework.

Rosario said that she tries to help out in any way, posting event dates on social media and helping out on them.

“I’m a civilian,” Bucko said. “I worked with SVO during my undergraduate at [St. Michael’s College], I worked with Veterans Organization at Bristol Community College when I was a director for a veteran non-profit and I was their vice president, and now as a graduate student at URI, I am the policy liaison person.”

As of now, the group is really excited for the Armistice Day celebration, which is done with the URI Office of Veterans Affairs and is continuing to build the club and community for student veterans.

“I think one of the things that is great about the SVO is that everyone is always like ‘How do we build community, how do we support each other,’ so that can be like going out to eat, to planning an event together,” Bucko said.