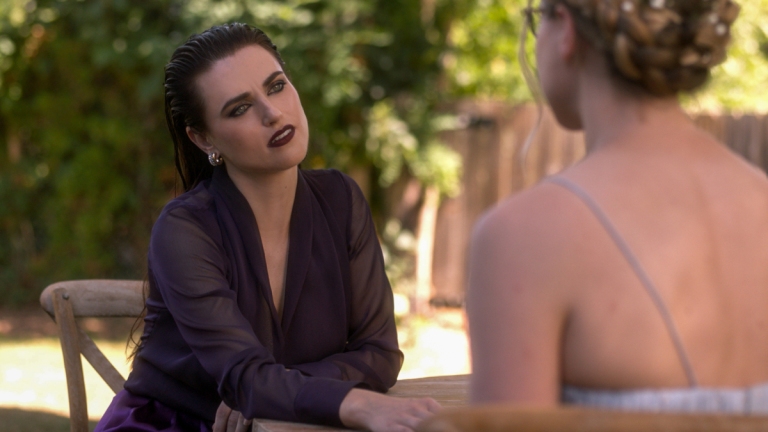 Supergirl queerbait: “Supergirl” ended after six seasons and a series of mistakes made in relation to their treatment of LGBTQIA+ fans. PHOTO Credit: denofgeek.com

“Of all the friends I have ever had, you have pushed me the most, challenged me the most. You’ve made me a better person. Thank you,” Kara Danvers tearfully told Lena Lother towards the end of the “Supergirl” series finale, which aired on Tuesday, Nov. 9.

With this line, the writers sealed the fate of not only their relationship but also a huge part of how the show will be remembered. After six seasons, 126 episodes, one network change, a spinoff and more, the legacy of “Supergirl” will always be tied to queerbaiting.

Dictionary.com defines queerbaiting as “the practice of implying non-heterosexual relationships or attraction to engage or attract an LGBTQ audience or otherwise generate interest without ever actually depicting such relationships or sexual interactions.”

“Supergirl” has always had a big LGBTQIA+ (specifically sapphic) fanbase. The relationship LGBTQIA+ fans have with superheroes has been well-documented and explored, with the use of secret identities and double lives often being interpreted as an allegory for being in the closet.

From the very first episode, “Supergirl” exemplified that, as shown with Winn’s assumption that Kara’s a lesbian when she tries to tell him she’s Supergirl. To his defense, “coming out” as a superhero sounds a lot like coming out in real life.

“There’s something about me that for most of my life, I’ve run from it,” Kara said in the pilot before Winn interrupted her. “But last night, I embraced who I am, and I don’t want to stop.”

A season later, “Supergirl” actually had an authentic coming out scene, when Kara’s older adoptive sister and hero in her own right, Alex Danvers, came out as a lesbian. It was a pretty monumental move––having Alex, played so brilliantly by “Grey’s Anatomy” alumna Chyler Leigh come out in her thirties. The unfolding of Alex’s story has earned the show four GLAAD Award nominations and culminated in her wedding to fellow lesbian hero Kelly Olsen in the series finale, and their adoption of their daughter Esme.

“I know that this is not the same at all, but I do know how it feels to keep a part of yourself shut off, to keep it inside,” Kara said when Alex came out to her.

Except, what if it was the same?

At this point, it was season two episode six, and fans were already picking up on the serious chemistry between Benoist and McGrath’s characters. Lena, the younger, morally better half-sister of iconic Superman villain Lex Luthor, was introduced in the first episode of season two with the intentions of a three-episode arc. Following the fan reaction and the chemistry between the actresses that news outlets happily pointed out, McGrath was made a series regular for the third season and remained an integral part of the show through its finale.

But queerbaiting is not just when two same-sex actors play characters that have chemistry with romantic potential and the writers ignore it. The problem isn’t that fans don’t want to accept Supercorp as a female friendship because that’s all they were written to be. No, the problem with “Supergirl” is that the writers saw the chemistry and leaned into it, all while insisting that there was nothing but platonic feelings between them.

From making their friendship the focal relationship in season five to constant visual and screenwriting parallels between them and other canon relationships (most notably, Clark and Lois in all of their different iterations, or the fact that Iris and Barry’s wedding vows on “The Flash” were taken directly from an early Supercorp scene) to single Kara’s constant pleas and assertion that she wants to find a romantic partner, followed by scenes of her intimate friendship with Lena, the queerbaiting on “Supergirl” was next level.

We’d be here all day if I tried to get into five seasons of queerbait and all its many examples. There are dozens of articles and Twitter threads, hours of podcasts and YouTube videos all devoted to this.

The queerbait isn’t in just the longing stares, the fact that Kara leaned in (it was a big deal, math was involved) or the romantic speeches that sprinkle in the word “friend” like that’s fooling anybody––it’s the way the fans are treated.

The show’s fanbase is so big and the fans are so divided that “Supercorps” themselves are their own fandom, who get together to start Twitter trends (as I’m writing this, “SUPERCORP KISSED” is trending worldwide with over 100,000 tweets), share fan art and fanfictions and interact with each other, the cast, reporters and writers online.

They’ve also been branded as abusive, racist and delusional, gaslit by writers and actors alike for their unwavering support of their ship and insistence that they were being queerbaited.

McGrath, often hailed by fans as “captain” of the Supercorp ship, attempted damage control in that same interview, as she said that because it’s art, anyone can take whatever they like from it before Christopher Wood (real-life husband of Benoist and her short-lived onscreen boyfriend, Mon-el) had to ruin it by saying “sexuality is all about other’s perceptions of yours, right?”

Despite Jordan posting an apology online and recognizing how his words might have hurt LGBTQIA+ fans in particular, it wasn’t the end of the long road for Supercorp fans.

One writer, J. Holtham, famously made them believe they were delusional in a now-deleted tweet that read, “On the show, Lena and Kara are not lovers. If you feel like the show is promising that and not delivering on it, that is not our intention.”

The biggest issue here is that they say it’s not their intention, but how could it not be? Fans aren’t latching onto nothing; there’s something there, and it was begging to be made canon. With other pairings, they managed to write friendships and relationships, both heterosexual and not, and have a clear distinction between what those looked like. Yet, when it came to Supercorp, the writers included as many romantic tropes as possible while refusing to acknowledge it as so.

Supergirl herself was able to finally “come out,” revealing her identity to the world, but despite the finale being named “Kara,” she hardly had a storyline in season six. She, and the other female characters––including the first transgender superhero on TV, Nia Nal/Dreamer (Nicole Maines)––have been sidelined for men and their stories.

The biggest disservice of the finale isn’t just that Supercorp remains queerbait, but as Twitter user mistrkrypton put it, “kara was the only superhero in the arrowverse who was not allowed to have it all and the one who wanted it the most.”

It would have been so easy to give Kara the romantic endgame she’d been craving for six years, so why not? Was it because they felt like one same-sex couple was enough or they didn’t want to give the fans they’d labeled belligerent what they were asking for or were they not ready for a historically-straight female superhero to be in a same-sex relationship?

Whatever the reason, now that the show is over, Supercorps are still trying to get the last word through social media trends, and numerous articles on their response to the finale have already been published. Supercorp may not be canon in the series, but “Supergirl” will never be able to escape what could have and should have been.