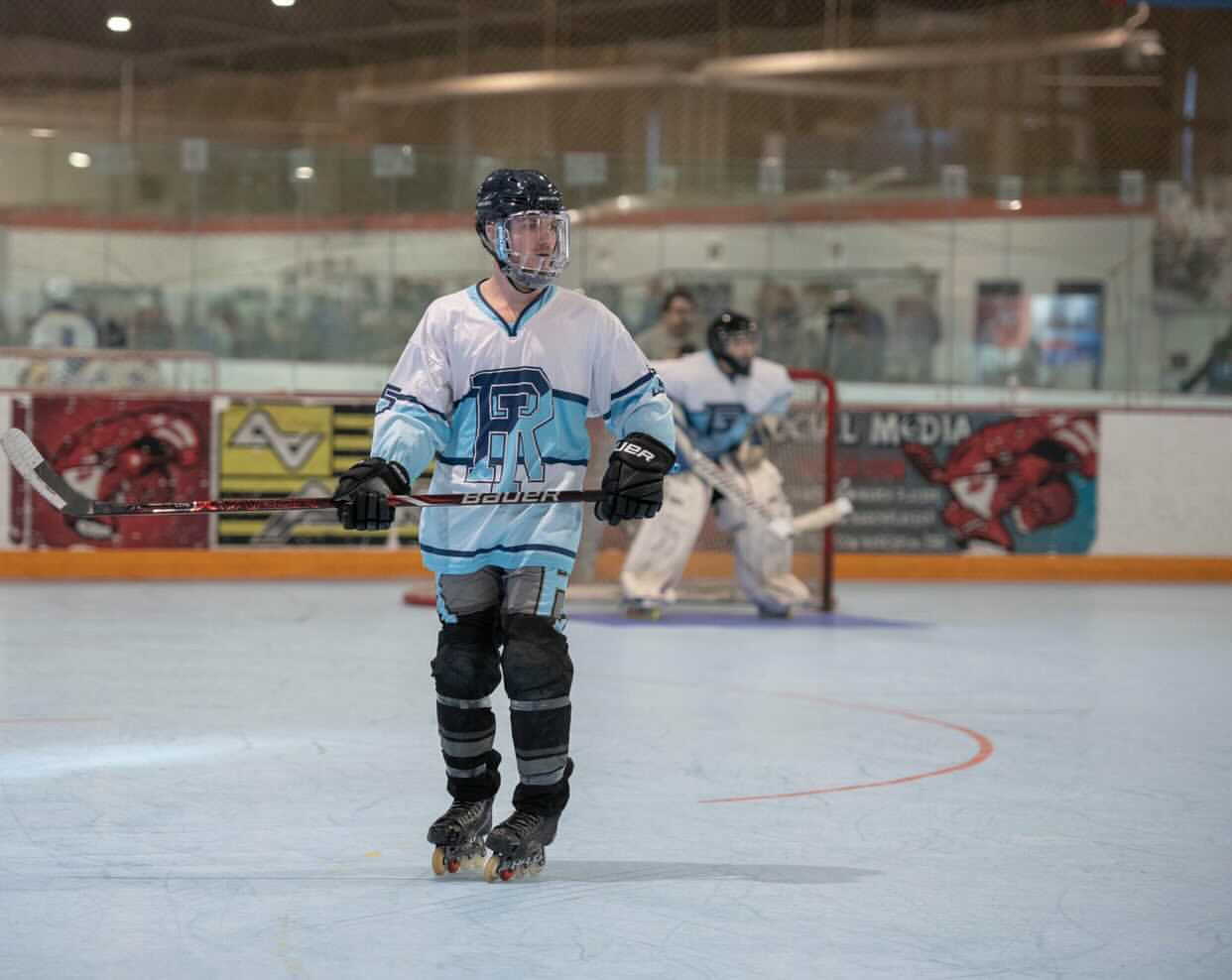 After being disbanded for three years, URI’s Roller Hockey team is back and has already kicked open the season. PHOTO CREDIT: Contributed

Before it was reestablished this semester, the University of Rhode Island’s roller hockey team was disbanded for almost three years, according to organization president Jordan Couto.

Couto, a freshman majoring in computer science, said he’s been playing ice hockey since he was 5 years old.

“I played all my life — club in high school,” Couto said. “I considered playing at URI but with the time constraints and the cost, it didn’t make sense for me. I also played roller hockey in the off-season for ice hockey, so I thought it’d be cool to play.”

However, getting to the game proved to be a long process for Couto.

“When I found out the team before had disbanded I thought it was a shame so I’m like, you know, maybe I’ll try and get this going,” Couto said.

The team currently has 16 submitted roster players, which, according to Couto, is a high number considering roller hockey is played with four players from each team apart from the goalie, whereas ice hockey has five on the ice from each team at a time.

The biggest difference between the games besides the number of players and the exclusion of ice are mostly the mechanics. Couto said that stopping techniques are very different when you are on wheels rather than ice because there is nothing underneath the skate to shave, which makes it easier to stop.

“The main thing about roller hockey is that it’s an alternative to ice hockey that is significantly cheaper,” Couto said. “[Ice hockey] is about $3,500 [per person] if you make the team, but for roller hockey we got it down to $340 [per person] for a pretty lengthy season.”

The roller hockey season goes from November through March, and includes both practices and scrimmages. Right now the team is in a “building year” according to Couto, trying to get the team strong again and back into the National Collegiate League. The club is also working to get Student Senate recognition in order to get more funding. Currently, the team is playing scrimmages against other local teams which practice at the same sporting center..

The team started their scrimmage sessions against other local teams last weekend as the first step in their long journey back to where the team was over two years ago. Couto said that he has been working hard to create the team since before his commitment to URI, and is still working to build the team to be stronger.

“I probably had to talk to, minimum, 35 or 40 people,” Couto said. “Whether it was email threads or phone calls. Just to get this going it probably took about seven months of work before the school year even started at URI.”

Though still in a building year, sophomore Christopher Barnes said that the team already means a lot to many players.

“I played hockey all my life and when I decided to go to college straight out of high school instead of playing juniors, I [knew] that my competitive hockey career would end,” Barnes said. “A few weeks into the school year I saw Jordan’s flyer offering a roller hockey team and I figured it might be fun. I had never played roller hockey before but I figured ice hockey had to translate a certain amount and while it was a pretty big adjustment, I found that it’s a blast while still being a little competitive.”

​​Couto hopes that in the next few years the team will be back to where it previously was— part of the National Collegiate League and Student Senate recognized. In the meantime, he said the team will continue to practice and enjoy the sport they love.