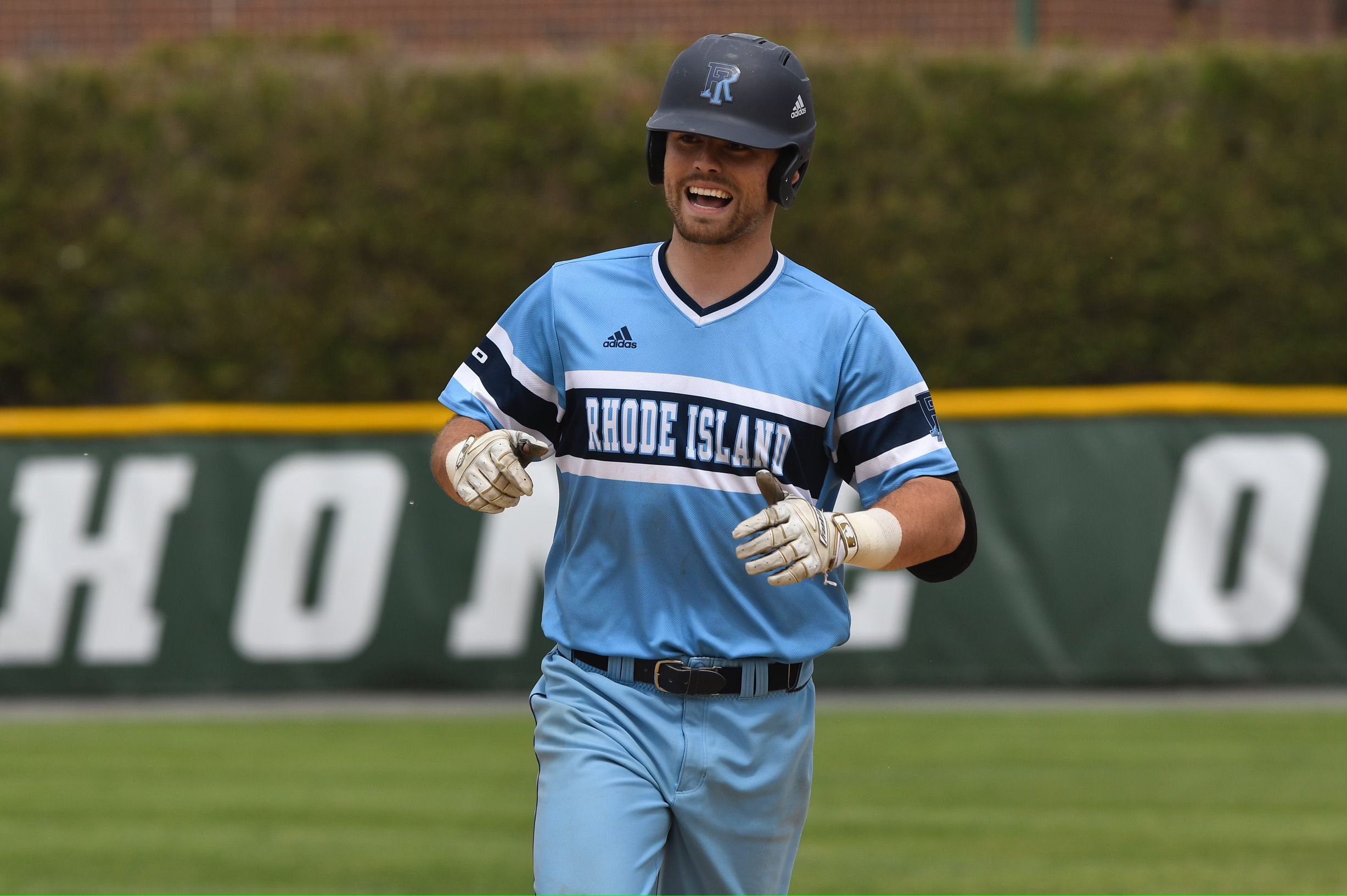 Coby Tippett and Billy Butler are partnering with the The Tomorrow Fund to help fight childhood cancer. Photos Contributed by: Shane Donaldson

Last baseball season, Billy Butler was confined to a hotel room off-campus. He was in quarantine after testing positive for COVID-19, alone with just his thoughts and the internet. With nothing to do, he decided to watch “The Social Dilemma” on Netflix when a lightbulb suddenly went off in his mind.

“Why doesn’t the baseball team do more to give back to the community or help out in any way to just make a difference?” Butler said, describing this realization as an “epiphany.”

After successfully raising $13,000 with the University of Rhode Island Baseball team to fund research against Alzheimer’s disease last spring, Butler knew that he wanted to continue making an impact in his community.

Looking to expand past just baseball, Butler connected with football team player Coby Tippett earlier this fall. The two shared the same athletic academic advisor, Daniel Hamlet, and Tippett was looking to round out his credits. After learning about Butler’s previous fundraiser from Hamlet, he knew he wanted to help start one of his own as part of an internship.

“I thought that was pretty cool, because we’re both student-athletes and we both have a passion for giving back to the community and serving others,” Tippett said. “So we connected, and we became pretty close very quick. It’s been a growing relationship ever since.”

The two decided to partner up with The Tomorrow Fund, a nonprofit organization that works to ease the burden of families with children with cancer emotionally and financially, at the Hasbro Children’s Hospital in Providence. Having student-athletes use their platforms to spread awareness to the cause has given them a boost, according to Lisa Abbenante, executive director of The Tomorrow Fund.

“We’re humbled; we’re honored; we’re thrilled that they discovered us,” Abbenante said. “They’re bringing about awareness of who we are, what we do and how we service these families.”

After finding their cause, they landed on the name “Ballers in Action.” The name came with the idea that student-athlete founded causes can continue past Tippett and Butler’s time in Kingston.

“I want the athletes at URI just to unlock that passion to just give back to the community, because everyone knows how good it feels to help someone out or make a little difference in someone’s day,” Butler said. “I think the more people, especially athletes, know that they can understand how important their voices [are].”

So far, the Ballers in Action fundraiser has seen contributions from a vast array of people: from family and community members to others in the athletic department. As of Wednesday, Nov. 17, the fundraiser has raised over $3,500.

“It’s just been so much support from everyone that loves me, and I just can’t thank them enough for the love and support throughout this,” Tippett said.

Shane Donaldson, assistant athletic director for media relations at URI, has played a big role in the Ballers in Action fundraiser, according to both athletes. He has not only spread the word and promoted the fundraiser to the Rhody community, but also helped inspire the idea for both to pursue Ballers in Action as an internship opportunity.

Similar to Butler’s fundraiser in the spring, statistics on the field are a distinct feature of this fundraiser. For different accomplishments on offense, defense and special teams, a certain amount is pledged by Tippett and his teammates on a level system from one to four. For example, after Tippett’s interception against New Hampshire on Saturday, a level-one donation would be $1, a level-two would be $5, a level-three would be $10 and a level-four pledge would round out to $20 or more.

While these two student-athletes may not know exactly what the future holds for them after URI, their passion for giving back will be something they carry forward for years to come.

“That was the first time I really felt like I love to do something; just like the same passion I have for baseball,” Butler said. “It was really cool to see that.”

Donations are still being accepted to benefit The Tomorrow Fund on GoFundMe.