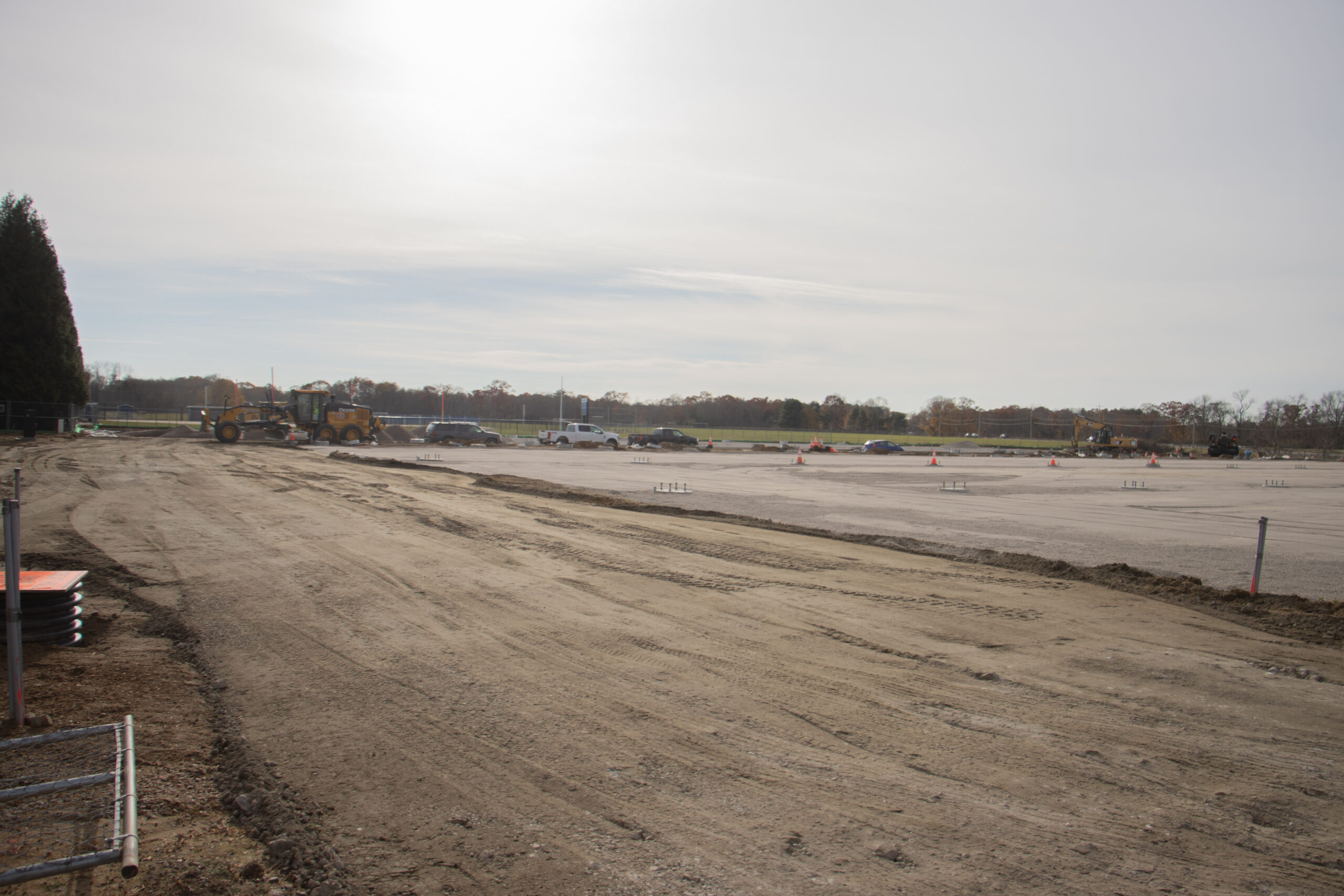 URI has begun construction on a new Plains Road South Lot that will open next Fall. PHOTO CREDIT: Greg Clark

To combat the traffic caused by parking congestion at the University of Rhode Island, a new parking lot will be built on campus by the fall 2022 semester.

Abigail Rider, the vice president of the Division of Administration and Finance, said that the new lot will be located across from the current lot on Plains Road, and will add about 415 new spots on campus. The decision has not yet been made whether or not this lot will be available to students.

“This is sort of our last safety net for the campus, so that at the beginning of the semester when everybody comes at different times and haven’t figured out their routines yet, we can hopefully avoid some of the pile-ups that happen,” Rider said.

According to her, there are wetlands at the top of campus around the Fine Arts Center and the Kingston Emporium, preventing URI from having any construction in those areas. Because of this, the University had no choice but to build this new lot at the bottom of campus, across from Plains, according to Rider.

“We’re not building parking at the upper end of campus because we can’t,” she said. “What we’re doing is trying to make sure that we have enough parking overall.”

At the beginning of the semester, URI had staff members stand at the entrances of the parking lot when they were full to redirect people to other lots that still had available spots, Rider said.

As an alternative, Rider said that the Student Senate suggested that the RhodyConnect app have a section where commuter students can see which lots are full before arriving on campus.

“If we can help people avoid kind of circling around in the mornings, we will do our best to help them,” Rider said.

In the time between now and the construction of the “Plains Road South Lot,” Rider suggested that students make sure to leave their houses earlier than needed to find parking and get to classes on time.

“Right now, students gravitate towards the Fine Arts Center parking lot, which fills pretty much by 9 a.m. every day,” Rider said. “However, Plains Road Lot is never full, even at the end of the day. A good parking strategy would be to avoid stopping at Fine Arts and going straight to Plains instead.”

The lot will be partially covered with solar panels, aiding in URI’s production of solar energy. According to Dave Lamb, the director of Facilities Operations, solar energy produced at URI is sold back to National Grid.

“URI participates in what is called ‘virtual net metering,’’ Lamb said. “The National Grid meters what’s going into their lines, and then they credit that production onto our electric account. We’re monetizing the production of that power and, essentially, getting money taken off of our electric bills each month at the University.”

Since URI wants to produce as much solar energy as possible, the University saw this new parking lot as a “perfect opportunity” to expand the solar panels, according to Rider. The opportunity to add more solar panels and more parking serves as a “win-win,” Rider said.