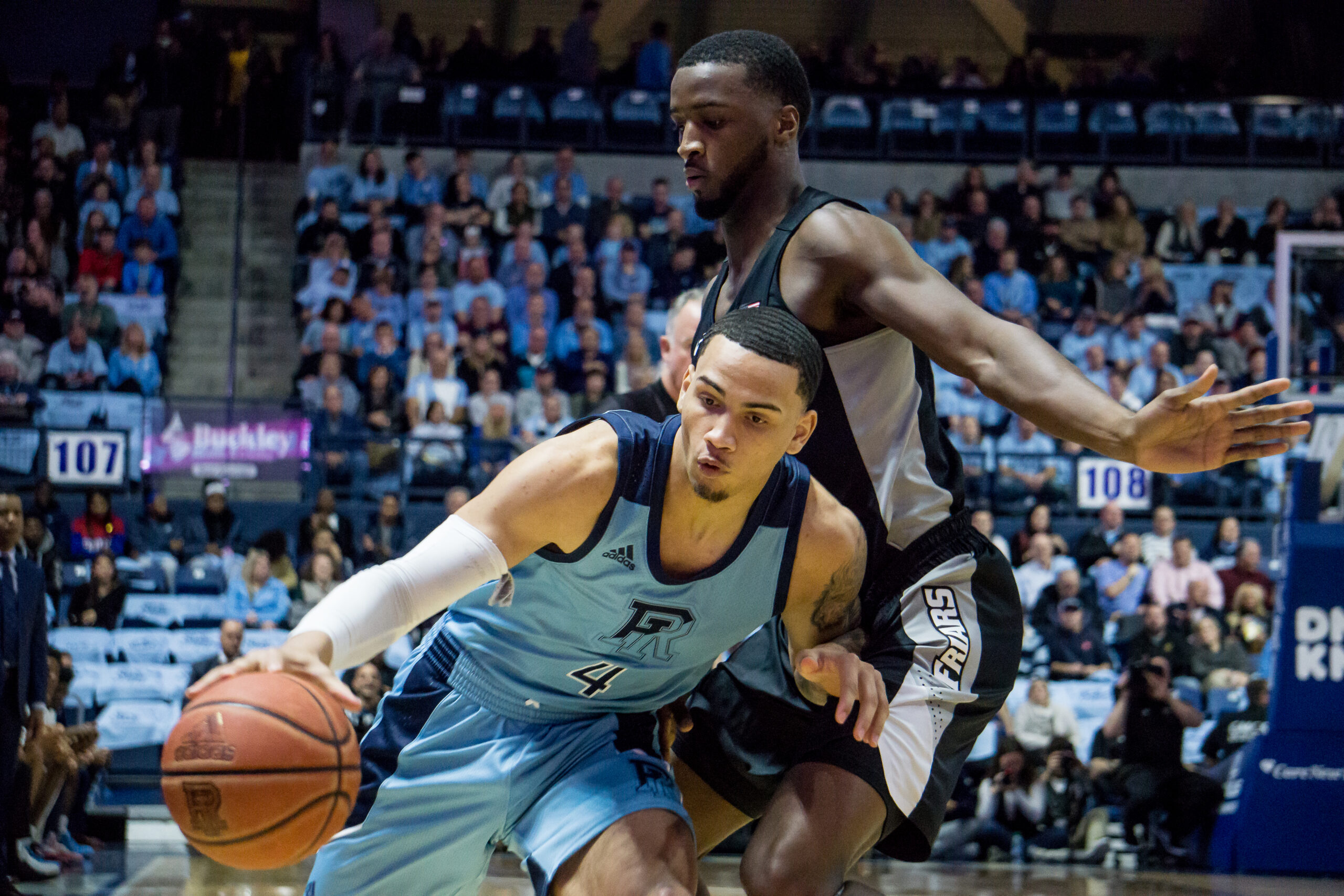 After a one-year hiatus, URI and Providence College will battle for in-state bragging rights this Saturday in Providence. PHOTO CREDIT: Autumn Walter

Come 2 p.m. on Saturday, Dec. 4, the clock will strike and the moment that many basketball fans in the state of Rhode Island have waited 729 days for will have begun.

After an unprecedented pause in the 101-year-old series due to the COVID-19 pandemic and scheduling conflicts, the University of Rhode Island Rams and the Providence College Friars Men’s Basketball teams will duke it out on the court once again for in-state bragging rights.

This rivalry game is usually the most anticipated on the Rams schedule, and this year, there is added excitement considering the drama that unfolded last year when the game was cancelled.

While Rams Head Coach David Cox expressed his desire to play the game for the sake of his players and the school’s fanbases, Providence College Head Coach Ed Cooley was adamant that the game wasn’t worth jeopardizing conference games that had additional importance due to the pandemic.

A lot has changed since these teams last met two years ago, including the players on each roster. Because of the break in the series last year, most players will get their introduction to the rivalry on Saturday. Between the two teams, Providence’s Nate Watson and A.J. Reeves are the only ones to have logged minutes in the game.

Rhody has had their share of success against the Friars over the past few years, winning two of the last three matchups, but that success hasn’t translated into victories on the road. Rhode Island is winless in their last eight trips up I-95 with their last victory happening in 2002.

Saturday won’t be any easier considering that Cooley has only lost five times at home in non-conference play since he became the leading man at Providence in 2011.

The two teams find themselves in similar positions heading into this year’s matchup. Sitting at 6-2, the Rams have enjoyed a balanced, efficient attack on the offensive end this season. Seven players are currently averaging at least eight points per game.

On the defensive end, the interior presence of both Mahki Mitchell and Mahkel Mitchell has helped Rhody keep opponents at bay. They have held their opponents to 36 percent shooting from the floor and 7.2 blocks per game.

For the Friars, it has been their experience that has helped them to a 7-1 start this season. Boasting six seniors or graduate students on the roster, Providence hasn’t had much trouble putting leadership on the floor, and it’s already paid dividends for them.

They hold key victories against the University of Wisconsin, Texas Tech University and Northwestern University. Their lone loss of the season came on Nov. 23 to the University of Virginia where they were held to 40 points in the championship game of the Legends Classic.

Graduate student Watson has been the focal point of their offense, operating mostly around the basket, while Noah Horchler, Al Durham and Reeves do the majority of their work around the perimeter.

For both teams, Saturday’s game is important, asides from having in-state bragging rights. A win for Rhode Island would be the first time that the Rams have won three of four matchups against the Friars since 2002-2005. A win would also be huge for a potential NCAA Tournament resume come March. For Providence, they hope to avenge their 75-61 loss inside the Ryan Center in 2019, and this game is the last true test on the Friars’ schedule before they begin conference play later this month.

Usually, there aren’t two winners in this game, but there will be on Saturday. One team will enjoy the fruits of their unofficial state crown on the court, but basketball fans in the state of Rhode Island will also be rewarded. Once again, each fanbase will be able to truly prove who is the best team in the state.

Buckle up! We are in for a treat Saturday afternoon. The game can be seen on CBS Sports Network.