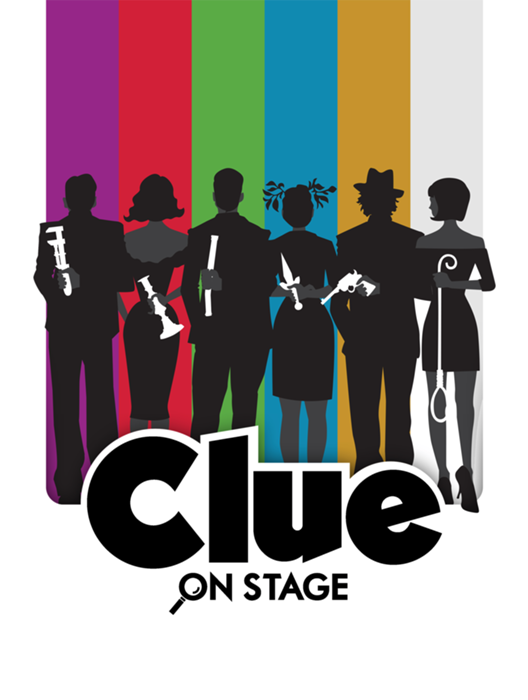 Take a look through the magnifying glass at URI’s production of “Clue: On Stage.” PHOTO CREDIT: carrolltonga.com

I remember the first time that I watched “Clue” (1985) as a child and instantly fell in love with the movie.

On Thursday Dec. 2, the University of Rhode Island theatre department opened its newest production, “CLUE: On Stage!” The play, while different from the film that I loved growing up, invoked the same sense of wonder that I felt when I first watched it.

Before the show began, an announcement acknowledged that the theatre, as well as URI’s Kingston Campus, is on Indigenous land. The play, as well as the whole 2021-2022 theatre season, is sponsored by Hasbro Inc., creators of the game both the film and play are based on.

The play is set in 1954 near Washington, D.C., with the backdrop of the Red Scare in America. All six of the “players,” Colonel Mustard, Mrs. White, Mrs. Peacock, Mr. Green, Professor Plum and Miss Scarlet, are being blackmailed by Mr. Boddy, who is on the House Un-American Activities Committee.

The set was just magnificent, especially with all of its moving parts. Two of the walls had three different sets that could be changed by rotating them and two automated sliding rooms that could be expanded onto the stage.

The set was perfect for this production and became a part of the story itself. There were no scenes where the set was not playing an integral part in the storytelling. In the middle of the play, there is a nearly-five-minute scene of the characters running on and off the stage through the doors. While the scene was a tad long, it was really funny and made great use of the entire stage and set.

This was not the only funny scene though; the entire play was hilarious from start to finish. One of the things that made the “Clue” film so great was its macabre humor that took a run of the mill murder mystery party story to a classic. The theatre department did a great job bringing this same humor to the stage.

The exaggerated personalities of the six players of the game were the crux of the humor. We all know someone like Mrs. Peacock, an unaware hypocrite who has no trouble applying morals to others that she breaks herself. There’s also Colonel Mustard, who is a remarkably dumb man that has little going for him.

It was Colin Cleary as Mr. Green who stole the show for me though. A more perfect example of a “himbo” has never been seen on stage and Cleary’s performance was amazing. Every scene featuring dialogue from Mr. Green had me laughing in my seat.

I think one of my favorite scenes of the entire show was right at the end of the play. While there is only one ending for the play, in an homage to the multiple endings of the film, there is a scene where all of the characters are accused of the murders. Without spoiling anything, each accusation that comes brings the police in to capture the murderer in a hilarous sequence.

This play showcased the talent within the theatre department and just how great a production they can put on. For me, the show’s quality was so good that I would expect this level of work in a professional theatre.