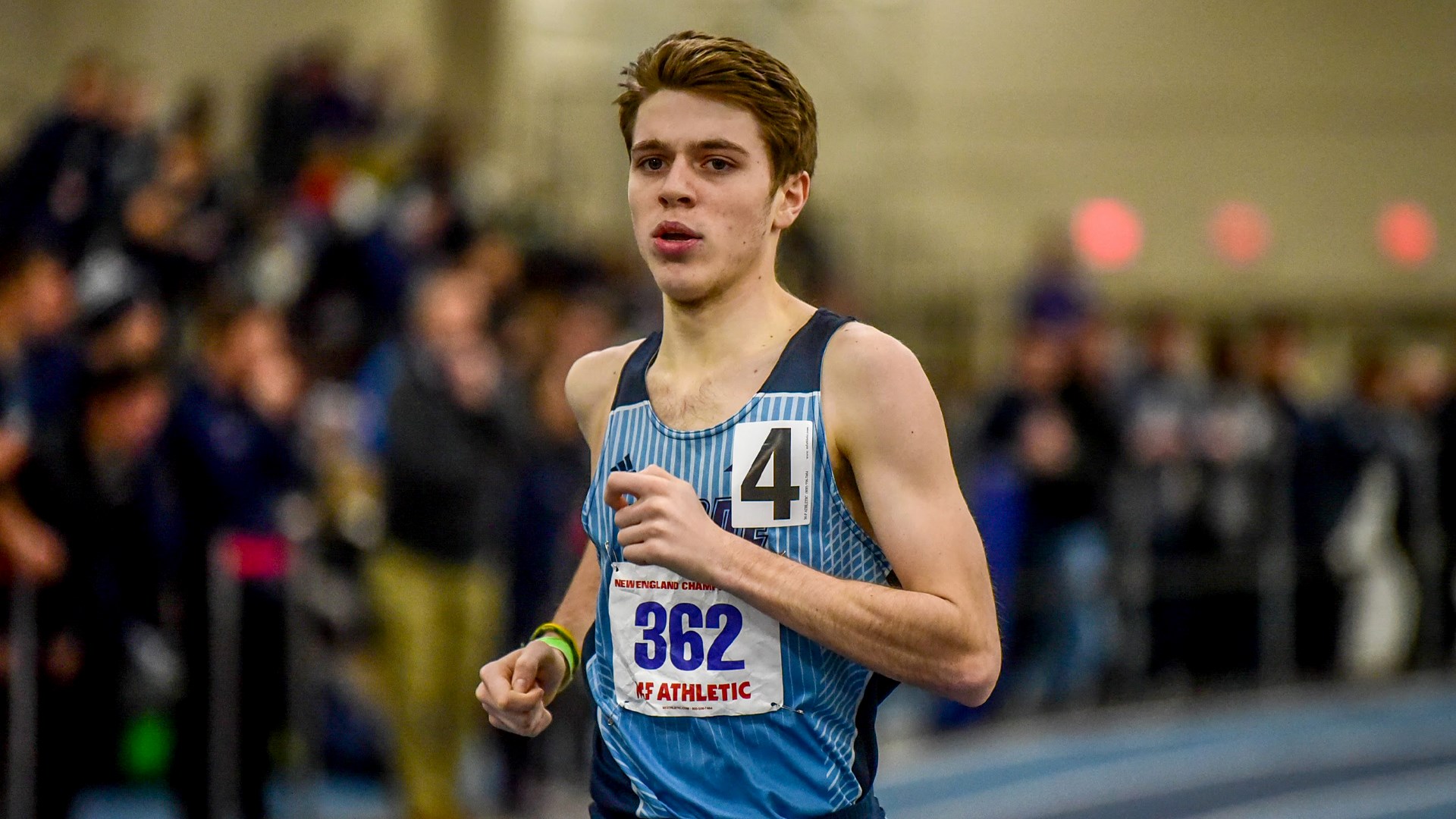 A week after setting the school record in the 500 meters, Kellan Waters achieved a personal best in the mile last weekend. PHOTO CREDIT: gorhody.com

Five program and personal records were set by members of the University of Rhode Island Men’s Track and Field team at the BU Valentine Invitational in Boston last weekend.

Unlike the team’s previous meets, Rhode Island Men’s Track and Field Coach Trent Baltzell chose not to bring his full team to the meet, instead focusing on select track and field events.

“It was more of a track meet with a few other events, [and] we went into it looking to just run as fast as we can,” Baltzell said. “I was pleased with the outcome and it was a lot of fun.”

Beginning on the track, sophomore Collin Ochs set the first record of the day in the 800 meters, placing ninth with a time of 1:49.40. His time broke a program record that stood for 39 years.

“That one was on the bucket list this year, so it was really awesome to see it happen,” Baltzell said.

The next record breaking event of the day was the mile run, which included three impressive performances from Kellan Waters, Tyler Rubush and Eric Zulkofske. Placing 33rd, Waters broke his own record with a time of 4:03.35. Rubush ran for the second-best time in program history, clocking in in 46th with a time of 4:05.19. Zulkofske also became third all-time in the mile with a time of 4:06.87.

Sophomore Aidan Kindopp was the only URI athlete to place in the top 20 in the 1000-meter race. His performance resulted in 17th place finish with a time of 2:28.153. Junior Ben Fleischer moved up to second all-time in program history with a time of 8:13.65 in the 3000 meters.

Freshman Mason Brubaker cleared 4.55 meters in the pole vault, placing fifth. Sophomore Orion Joyner finished sixth in the triple jump with a mark of 14.56 meters, a personal-best. His personal-best also moved him up to third place in the conference.

Senior captain Jonathan Buchanan bounced back after what he called “a mediocre performance” in the previous meet. In the weight throw, Buchanan threw a 20.14 meter mark, placing third in the event.

“This meet was a really positive experience for us as a team,” Buchanan said. “It’s exciting to see how well we are working together as a unit, especially as the Atlantic-10 Championship meet approaches.”

Baltzell further expressed his hopes as the team moves forward to compete for the championship title in a couple of weeks. The team will have one final opportunity to make more strides ahead of the upcoming Atlantic 10 Indoor Track and Field Championships when they make the trip up to Providence to compete at the Brown Pre-Conference. The meet is scheduled to begin on Saturday at 11 a.m.