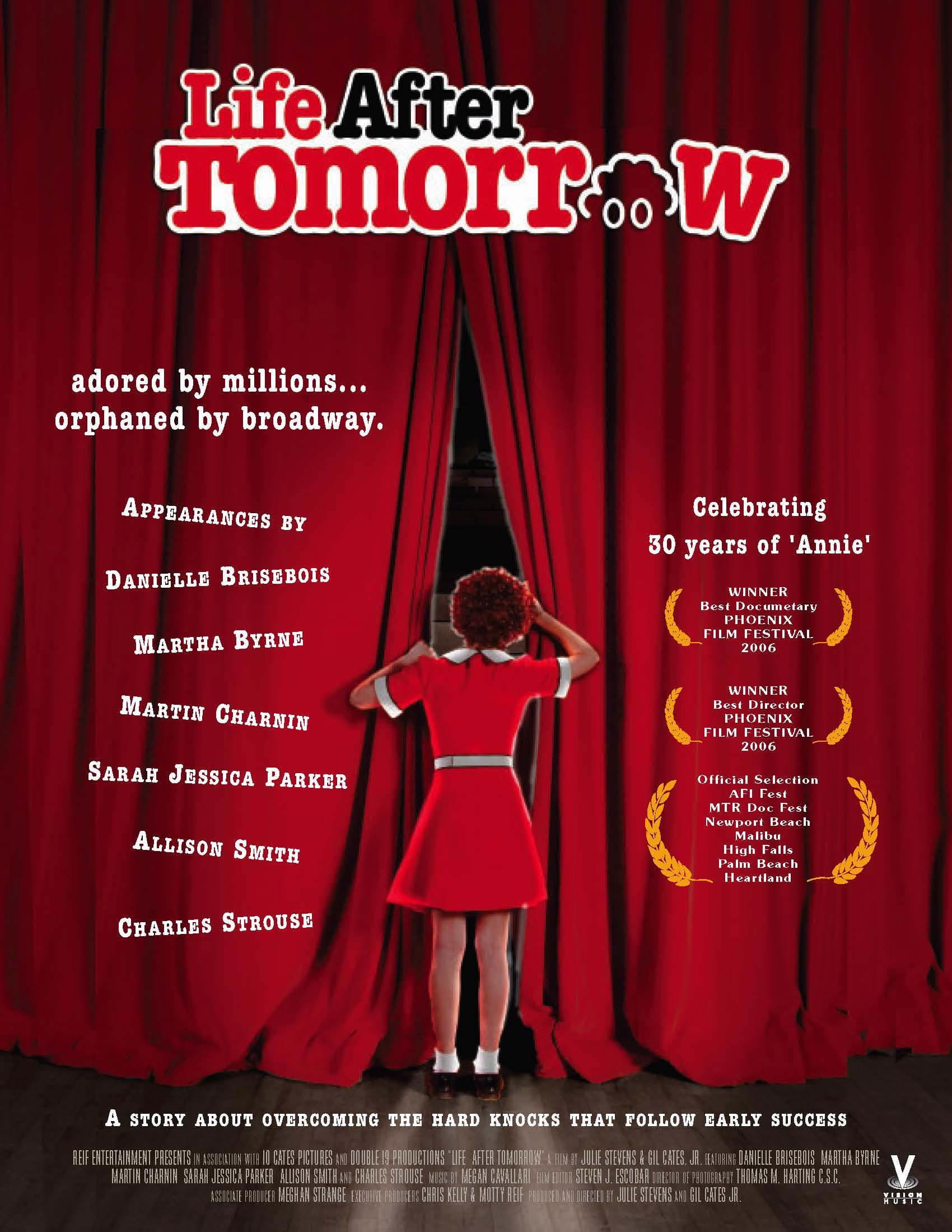 “Life After Tomorrow” shows the dark side of the beloved film “Annie.” PHOTO CREDIT: TV Guide

“Life After Tomorrow” (2006) is a wild, hilarious, heartbreaking and thoroughly entertaining documentary that I will never get tired of.

Julie Stevens was one of the many who appeared as an orphan both on Broadway and in a touring production of the musical “Annie” and 20 years after leaving the show, she wondered if there were still other girls like her trying to make sense of their experience and life post-“Annie.”

Stevens directed and produced “Life After Tomorrow” along with Gil Cates Jr. and interviewed over 40 women – including herself and the third-ever Annie on Broadway, Sarah Jessica Parker (“Sex and the City”) – about their time before, during and after “Annie.”

“Just as quickly as it seemed to arrive, it was all gone. When our contracts ended, nobody prepared us for our return back home or what was to come,” Stevens said in a dramatic voice-over introduction.

As a culture, we have some sort of twisted fascination with child stars, their rise to fame and their seemingly inevitable downfall (see Amanda Bynes, Lindsey Lohan, Aaron Carter and many more). So, of course, I was drawn in by this documentary.

I can’t remember the first time I saw “Life After Tomorrow,” but I have seen it many times since, and it just gets better with every watch. It’s hard to fathom today just how popular “Annie” was at the time. I can’t even think of an equivalent. From the titular character to the lesser-known orphans like Duffy and Tessie, all of these girls were instant celebrities, at least until they grew out of their parts. They would sign autographs at the stage door following shows, hit up Studio 54 at night with no parents in sight, meet government officials and appear on television to sing their little hearts out.

The level of popularity meant that there was tons of footage that Stevens was able to utilize, including some rather painful auditions. If you’ve heard “Tomorrow,” you’ve also probably heard some poor kid singing it horribly off-key.

Every little girl of the time wanted to be Annie – Tom Chapin’s 2003 song “Putting on a Show” began with a little girl singing, “I want to be Annie / Annie’s who I want to play” – and luckily for these kids, “Annie” was a revolving door of orphans from the very beginning. Stage manager Peter Lawrence even jokingly said there was a rule that once the stagehands began to get “interested” in the orphans, it was time for those girls to move on to another job; or, at least I hope it was a joke.

Though with the stories shared in the documentary, I wouldn’t be surprised if there was a reason it needed to be a role.

Some of the more heartbreaking stories come from the original Annie out-of-town, Kristen Vigard, who was replaced by Andrea McCardle for the Broadway run, and Joanna Pacitti, who had been chosen to be the 20th anniversary Annie in a televised nationwide search but was recast while out sick with a bad case of bronchitis. Pacitti’s experience was captured in a television special called “Turning Point” which gave me perhaps the most niche pop culture quote: “It’s not gonna be me Annie no more.”

The image of a young Pacitti ironically wearing a red shirt as well which mirrored the iconic costume she’d be leaving behind, her hair still red, talking to Barbra Walters about how she lost the gig is seared into my brain.

The quote may be funny, but the moment and the impact it had on the poor girl certainly isn’t. Many talked about how they could have used counseling afterward, but few were able to really cope and just move on in the way they were expected to.

If there’s anything to take away from the documentary, it’s that once you’re an Annie, you’re always an Annie. Stevens even referred to it as a “sisterhood” and “sorority.”
Of course, there was no other way to end “Life After Tomorrow” than with a montage of all of them singing “Tomorrow,” some with their children and dogs and some are still able to really belt it out – Annie is not a role for a kid who can simply hold a tune. There’s a bittersweet sense of irony to it, but I always finish the film feeling a sense of warmth.
Fair warning, I also always have “Tomorrow” and/or “You’re Never Fully Dressed Without A Smile” stuck in my head afterward, but it’s a price I’m willing to pay and will pay again just to watch this brilliant, underappreciated documentary.