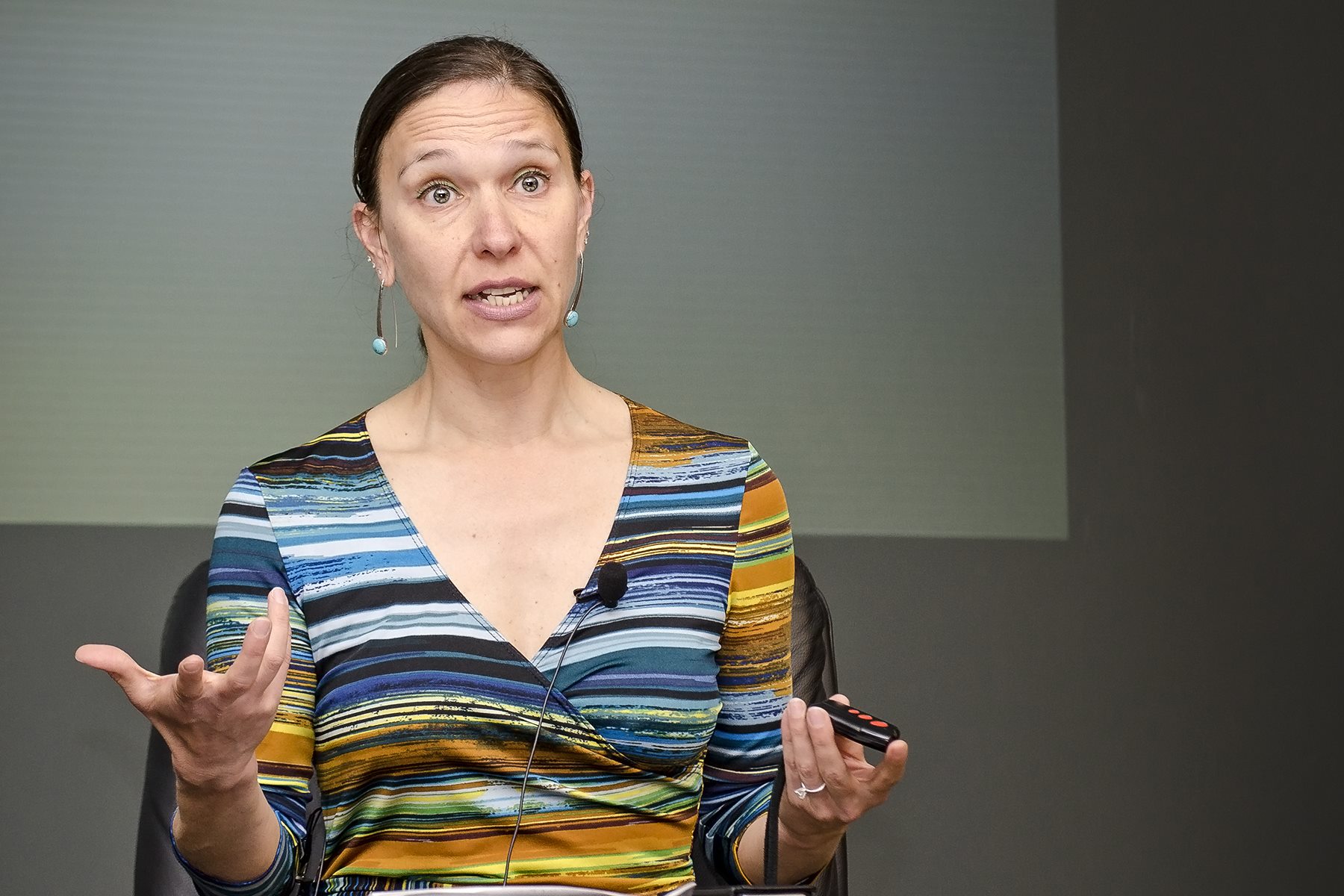 This past Tuesday, the University of Rhode Island Center for Nonviolence and Peace Studies taught students how to “spot the signs, be vigilant, be observant, be someone’s hero” when it comes to human trafficking.

Omelicheva delivered her research on “Human Trafficking and Political Violence” to the group, focusing on research questions regarding which conditions violent groups engage in human trade and how their motives differ from what motivates criminal organizations.

Omelicheva said that her interests in political science, human rights, and democracy promotion are what motivated her in her research. In addition, she shared her belief that a post 9/11 world pushed large masses of people towards crime.

She said that because environments became weak and fragile after the 9/11 attacks, terrorist groups had more permissive, disaster-stricken environments to operate in.

“There’s some kind of connection between state sponsorship and the fact that it controls the territory, it kind of opens up the area for criminal activities including human trade,” she said.

According to Omelicheva, kidnapping, forced recruitment and sexual exploitation are the most common types of human trade.

She concluded that territorial control allows groups to move victims with minimal risk of detection while generating greater demand for resources. In addition, she said that territorial alliances play a huge role in human trade.

After sharing her key findings, she opened the room up for questions.

Zach Scuncio, a URI student majoring in International Relations, asked Omelicheva whether territorial control or territorial law is stronger in incentivizing human trade groups, as her research supports both conclusions.

“It’s not just about money, you know, it’s not just about tracks. Groups are social agents, they require unity, cohesiveness,” Shih answered. “When the territory in control engages in forceful recruitment, they use the human trafficking as a strategic tool.”

Shih then presented her research on “The Trafficking Deportation Pipeline,” claiming that most anti-trafficking markets are biased and target marginalized groups.

In addition, she displayed her research on Asian massage studios and how they are commonly targeted in human trade “rescue” missions.

While most Asian massage studios are run by real massage therapists, some sex workers use these businesses as a way to reach clients discreetly, Shih said.

When the police raid these businesses, the women that are arrested or sent to rehab are usually participating in sex work to provide for their families and to stay afloat, Shih said.

Shih explained that although these rescues may seem heroic to the common eye, those who are “saved” are usually sex workers, not victims of human trade and are therefore stripped of their livelihood.

In addition, the sex workers may also face consequences up to deportation or jail time. This compares to how those who are receiving the services commonly avoid repercussions. She believes that this is due to gender and race bias.

Shih said that these anti-trafficking missions target members of the LGBTQIA+ community and other vulnerable groups as well.

“All of these things illustrate the kind of ways that anti-trafficking yearly exists to start ideas of heteronormativity, like anything outside of the cis heterosexual marriage,” Shih said. “It’s not even just sex work anymore, but like sexual deviant of all kinds.”