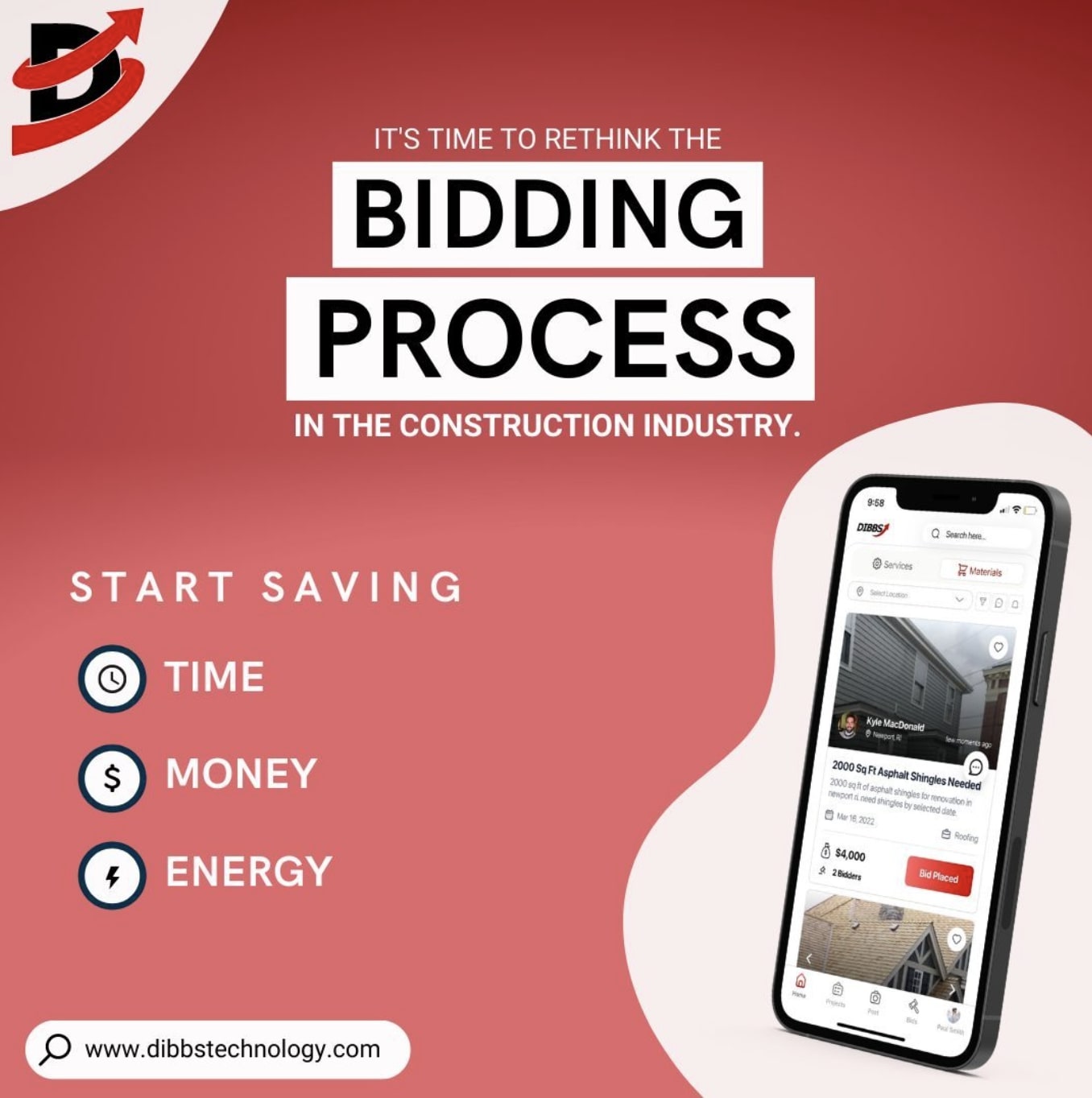 A URI alum created an app for Rhode Islanders to combat the hassle of real estate. PHOTO CREDIT: instagram.com/dibbs.inc

Luke Fleury, a University of Rhode Island alum, general contractor and real-estate investor out of Newport, Rhode Island, came up with the idea for an app called “Dibbs” where contractors can sell and bid without having to spend too much time doing it manually.

“As a contractor, I was spending countless hours bidding materials and bidding for sub-contractors and labor-work and it’s just a super time consuming manual process,” Fleury said. “So, when I came up with this idea the main goal was to save our users time and money.”

Fleury came up with this idea during summer 2020 when he joined a golf course at the Aquidneck Club in Portsmouth, Rhode Island. There he met his friend, and future Chief Operating Officer, Case Olszewski, and third co-founder Rob DeSantis.

DeSantis inspired Fleury to come up with the idea for the app. They formed the business in Dec. 2020 and just recently launched the app on Feb. 22 of this year.

The app is only open in Rhode Island for contractors and suppliers and has just over 600 users so far.

Having only launched nearly a month ago, they are hoping to reach a critical mass number of 1,000 users before they can open this app up to homeowners in Rhode Island. After they achieve this, they hope to gain users in Massachusetts and hopefully have an overall national launch of the app.

“What really got me initially excited about the idea was when you look at technology, one of the big things is being able to buy and sell things using the internet is something that’s really impacted every industry,” Olszewski said.

Olszewski has a background in technology and enterprise software sales. He, Fleury and DeSantis all worked together to form and create the entire company.

In terms of their college experiences, Fleury talked about how he studied entrepreneur management and graduated from URI in 2017 with a degree in economics. After he graduated, he started flipping houses to jumpstart his career.

“I had a strong focus in entrepreneurial management and when I got out of school I started flipping houses, so I always had the entrepreneurial mindset and the vision, and that’s where our third co-founder Rob inspired me to think,” Fleury said. “And then Case is also a visionary and I brought him on with his tech background, and that’s how we formed the business plan.”

Olszewski gave his input on how college shaped him and how people can learn and grow while undergoing a college education.

“One thing about college that we learn is, it’s not what you know necessarily, it’s who you know,” Olszewski said. “So, in college it’s a great opportunity to hone your networking skills. You’re meeting new people, joining new groups and clubs, things like that.”

Olszewski went on to talk about how when he met Fleury and how they connected over their similar interests of entrepreneurship and business. This made it easier for them to work together and understand each other more when they went about creating the business and app.

The only obstacle in their journey was, and still is, trying to get contractors who aren’t tech savvy to try and teach them how to use a platform for bidding, according to Fleury. According to him, being used to doing it manually makes it difficult to transition all the bidding and selling online for the first time.

“I really designed this app to be extremely user-friendly as I’m not tech savvy myself. So, I made this super easy to use because I am a contractor and every step along the way I’ve made it my own,” Fleury said.

The growth of this idea has gone from just having a thought about this company to now having 30 full-time employees and 50 team members. The customer growth has also been “astronomical”, according to Olszewski, with over 2 million friends and families in support of this business; as well as the job applications they’ve been getting and the amount of press they’ve received.“Dibbs” is on all the app stores available for citizens of Rhode Island. Four contractors right now are offering a referral program; they’re doing over 50 Las Vegas giveaways. The giveaways are a free trip and free air-fare for two, a free three night stay at a Las Vegas hotel, along with multiple events there too.