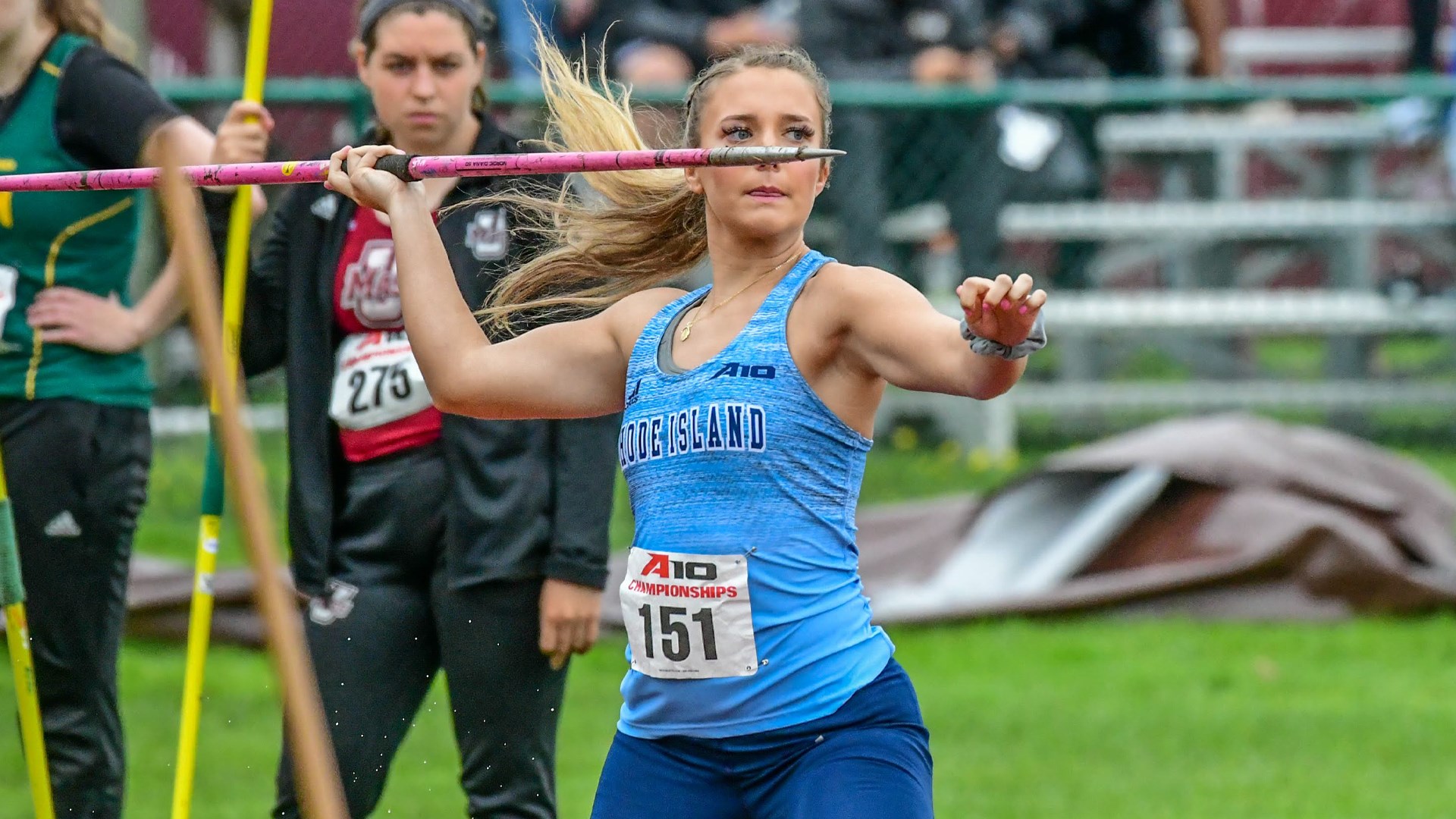 While many ventured to the state of Florida for spring break this past week, 10 members of the University of Rhode Island Women’s Track and Field team visited the state for a different reason.

That was because their outdoor season began at UCF’s Black and Gold Invitational this past weekend against some of the top collegiate track and field athletes in the country.

The meet was highlighted by graduate javelin thrower Julia Campezato, who defended her title, winning the event with a mark of 45.58 meters. The throw was nearly two meters farther than Rutgers’ Alexa Gardner, who finished in second place and surpassed the mark she set at the meet last year.

Campezato, whose main event is the javelin, was more focused on knocking off the rust with an event she hasn’t competed in in over a year than winning the event.

“Getting the first meet nerves out of the way is super important,” she said. “After not doing it for a year, it can be overwhelming, but getting a mark and building off it is super helpful.”

Rhode Island Women’s Track and Field Coach Laurie Feit-Melnick echoed Campezato’s sentiment and believes this meet will help her later on in the season.

“It’s huge to open up the season with a win,” Feit-Melnick said. “[Hopefully] it will set her up for the first round of Nationals and hopefully be in the Top 12 to make the second round if that’s in the cards.”

Graduate Bethany DeLoof also put together a solid meet, crossing the line in 55.87 seconds to finish sixth in the 400 meters, her fifth-best mark all-time. She added an eighth place finish as a member of the 4×400 meter relay team and 11th in the 4×100 meter relay.

Senior Xiana Twombly began the meet with an eighth place finish in the long jump (5.71 meters) and then won her heat in the 200 meters in a personal-best/ECAC mark of 24.47 seconds to finish 26th overall.

In the throwing circle, graduate Samantha Andrews was the top finisher for the Rams in the discus, placing 16th with a throw of 42.92 meters. Sophomore Megan Wood followed closely behind her in 21st place with a throw of 40.63 meters.

Graduate Ashley O’Loughlin was the top finisher in the weight throw with a toss of 51.48 meters, placing her in 10th place. Andrews finished in 13th with a throw of 51.26 meters and junior Erynn Field finished behind Andrews in 14th place with a throw of 50.97 meters.

Wood and O’Loughlin also finished 22nd and 31st respectively in the shot put.

“It was a very large, competitive meet,” Feit-Melnick said. “For everyone, it was a good, solid opener where you can build off for the rest of the season.”

The team will have this weekend off before returning to the track on April 1 and 2 at Bryant University’s Black and Gold Invitational.