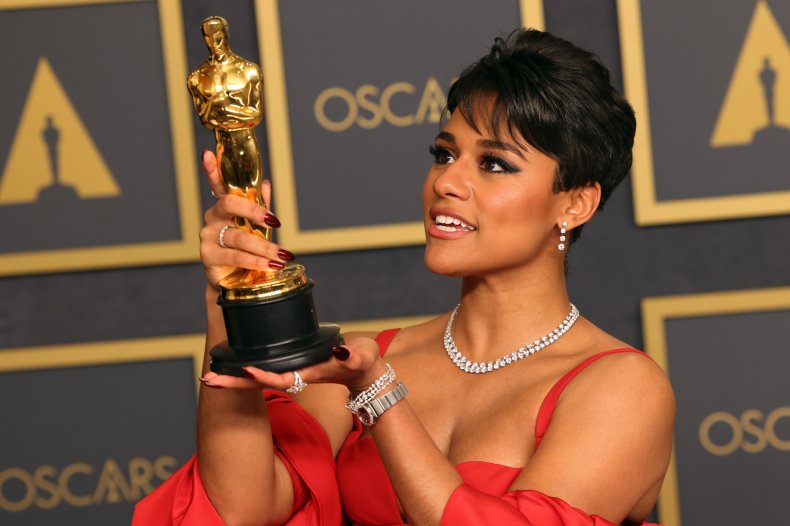 Will Smith may have stolen the 94th Academy Awards, but there were many other notable events at this year’s ceremony. PHOTO CREDIT: NewsWeek

The Academy made some big swings in changing up this year’s award ceremony to combat low viewership and managed to put on a memorable show, just not in a way anyone could have predicted.

Yes, Will Smith slapped presenter Chris Rock in the face in an unscripted moment after Rock made an insensitive joke about Smith’s wife, Jada Pinkett Smith. ABC managed to cut the sound on the broadcast for about 40 seconds, though uncensored videos circulating on social media from international broadcasts feature Smith cursing at Rock upon returning to his seat and Rock standing momentarily stunned before moving on with his presenting duties.

Rock, who has made Pinkett Smith the butt of his jokes in the past (see his 2016 Oscars monologue), said he was looking forward to seeing the actress in “GI Jane 2.” This was a reference to Demi Moore’s bald cut in the original film and Pinkett Smith’s own shaved head, but a camera pan showed she was not at all amused. Pinkett Smith has been open about her struggles with alopecia and the hair loss it causes, which is likely what pushed her husband into getting up from his seat.

Despite some calls on social media to have Smith removed from the ceremony or even arrested for assault, less than an hour later, he stood on stage again—this time, to accept the award for Best Actor for his transformative performance in “King Richard.”

A visibly emotional Smith also apologized to the Academy, but prior to the broadcast, the Academy had been stirring up some controversy of their own from industry people and viewers alike.

It started with the announcement that they would present eight of the 24 awards pre-show and air clips of their speeches during the ceremony. I perhaps would have understood this decision more if the broadcast hadn’t lasted over three-and-a-half hours, a stunning feat when reminded that the actual ceremony had started an hour prior to it.  I actually felt myself deflate a bit when I saw that it was 11:30 p.m. and Best Picture hadn’t been presented yet.

They did manage to bring viewership back up, which was their main goal, but I think that was more owed to the interest level and popularity of this year’s nominated films (“CODA,” “Dune,” “West Side Story”) in comparison to those of the year before (“Nomadland,” “The Father” and “Mank”).

With how the clips were played during the broadcast, it appeared to just cut out the awkward 15-to-30 seconds in which a sound editor has to walk from the back of the room up onto the stage. If that’s all that was going to be done, with all the uproar it caused, the Academy should just air all 24 awards live and give people behind the scenes the credit they deserve.

There were also the complete nonfactors of the Oscars Cheer Moment (a bizarre, meme-able win for The Flash entering the Speed Force in Zach Snyder’s “Justice League”) and the Fan Favorite (Snyder’s “Army of the Dead”) that was voted for online. The brief minute-long montages were a good time for a bathroom break, but I’m sure Snyder fans are happy at least.

Now that that’s out of the way, there’s still a little bit of space left for the actual awards! That’s exactly how the entire ceremony felt; like a bunch of commercials and filler moments—though I have to give credit where credit is due, the hosting trio of Amy Schumer, Wanda Sykes and Regina Hall worked better than I’d assumed—while waiting for awards to be given out.

It’s a shame that this awards show will be overshadowed by everything else that was going on around the actual awards because, despite a relatively subpar year for films, there were some historic wins and beautiful speeches.

The first award of the broadcast, Best Supporting Actress, went to Ariana DeBose (“West Side Story”) who completely dominated the season, along with Best Supporting Actor winner Troy Kotsur (“CODA”). DeBose became the first Afro-Latina and openly queer actor of color to win an Oscar while Kotsur is the first deaf man to win an Oscar. Both gave beautifully moving speeches about representation and their families and communities.

Jane Campion was another history maker with her Best Director win for “The Power of the Dog,” making her just the third woman to win the award and the only to have been nominated twice (she was previously nominated in 1994 for “The Piano”).

Perhaps the least-solidified acting category, Best Actress, was taken by Jessica Chastain (“The Eyes of Tammy Faye”), making all four acting recipients first-time winners against some more accomplished nominees, such as Denzel Washington (“The Tragedy of Macbeth”), Nicole Kidman (“Being the Ricardos”), J.K. Simmons (“Being the Ricardos”) and Judi Dench (“Belfast”). Chastain channeled Tammy Faye once more by expressing her love and support for the LGBTQIA+ community in her acceptance speech.

Another first-time winner was British actor and filmmaker Kenneth Branagh, who received the Best Screenplay Award for “Belfast,” his first and only win of eight nominations (three of which came this year).

The technical awards were almost completely swept by “Dune,” which took home a stunning six awards, only losing Best Costume Design to “Cruella” (Jenny Beavan) and Best Makeup and Hairstyling to “The Eyes of Tammy Faye” (Lindsay Dowds, Stephanie Ingram and Justice Raleigh). They also failed to take home Best Adapted Screenplay and Best Picture, both of which went to “CODA” and its writer-director Siân Héder, which led it to go three-for-three along with Kotsur’s win. “CODA,” which was acquired by Apple TV+, became the first Best Picture winner to be produced by an internet streaming service.

Other notable winners included “Encanto” for Best Animated Feature Film, “Summer of Soul (…Or, When The Revolution Could Not Be Televised)” for Best Best Documentary Feature, “Drive My Car” for Best International Feature Film and “No Time To Die” by Billie Eilish and Finneas O’Connell for Best Original Song.

With such a long, strange ceremony, there’s so much more that could have been addressed–I didn’t even get to the performances which included a “We Don’t Talk About Bruno” remix featuring Megan Thee Stallion, Becky G and Luis Fonsi–but when we look back on the 94th Academy Awards, we’ll likely only be talking about one thing.