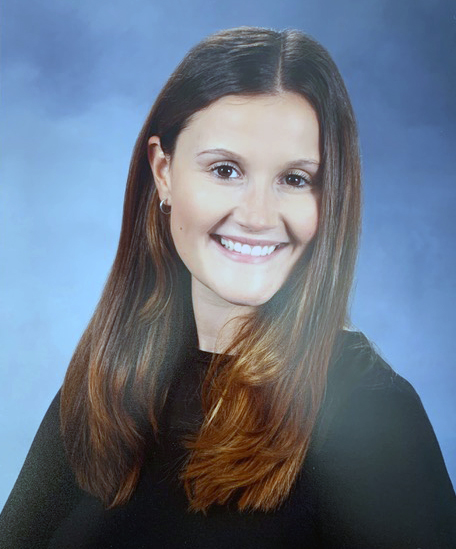 University of Rhode Island student Briana Scalisi was recognized by her professors for her outstanding work on campus in health and physical education.

Each year, faculty advisors and professors across the United States are encouraged to nominate one student who they believe deserves the award and fits the criteria.

According to the SHAPE America website, nominees must be members of SHAPE America, pursuing a degree in a health, physical education, recreation, or dance (HPERD) field, be a junior or senior with a GPA of 3.0 or higher and provide a service to a school or community for at least two years during their undergraduate career.

“We nominated Briana because of her performance overall,” Xu said. “First of all is going to be, you know, her academic performance. And then also her contributions to the program.”

In terms of academics, Xu mentioned Scalisi’s GPA, her spot on the Dean’s list and her reputation among HPERD staff of being a team player both inside and outside of the classroom as reasons for nominating her.

Scalisi is also a game supervisor for the Intramural Sports Program, vice president of URI’s Health and Physical Education Club, a peer resource during URI open houses and an undergraduate teaching assistant for kinesiology and health physical education courses.

Scalisi said that it was rewarding to see her professors appreciate the work she’s done during her time at URI and that this award shows her that the work was worth it.

“Since it’s a national award it was a pretty big honor,” Scalisi said. “I was kind of like, wow, and I just thought it was crazy and how the hard work I’ve done over the past few years has paid off.”

Xu said that the health and physical education staff and faculty all had similar things to say about Scalisi’s time in the program.

“The words we use frequently with Briana is ‘to go above and beyond,’” Xu said. “So in classroom settings, she’s not just sitting there, she’s an active learner and always asks meaningful questions.”

Xu also said that Scalisi was always willing to help her peers, calling her an “excellent team player” and a natural leader and collaborator.

Scalisi said she started her freshman year as a kinesiology major and added on the health physical education major two years later.

“I thought that, only being in the program two years, that it was just crazy to me that I showed that I put forward a lot of hard work and dedication and that my professors saw that,” Scalisi said.

Scalisi is currently working on her New York State Teacher Certification and hopes to go into teaching and later attend graduate school.