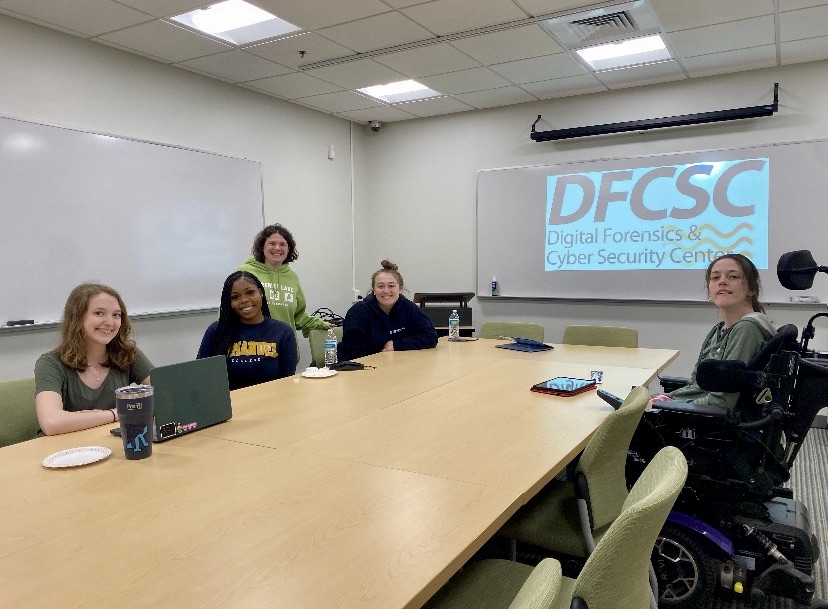 A student organization, SWIC, aims to empower women in STEM and give them a space to connect to each other. Photo Contributed by: SWIC

In a profession dominated by men, the Society of Women in Computing (SWIC) at the University of Rhode Island offers a place where women in computer science can have a safe space to discuss a wide variety of topics.

SWIC was founded in 2018, becoming fully recognized by the student senate in 2020. The group meets every other Wednesday at Tyler Hall.

The group has worked as a networking opportunity for students. Ryan said that she has kept in touch with all of the previous presidents, who offer job opportunities and internships to her and other students, as well as keeping in touch with the current members. In addition, members of the club can discuss upcoming events and opportunities in the computer science field.

The computer science department has a predominantly male staff, along with its mostly male student population, however, there are a few female professors such as Lisa DiPippo and Samantha Armenti. DiPippo is actively involved with SWIC as an academic advisor.

Ryan mentions that it is important to have women, as well as other social and ethnic groups, in the workplace, as it represents the United States population more accurately.

“If everything was a certain demographic dominated, it would not represent the whole community of people so, with a good diversity of people, we can help create to maximize everyone’s happiness,” Ryan said.

As president, Ryan plans events including group studies or working with charities. Ryan said that DiPippo, as well as Lisa Kuosmanen, a career education specialist at the University, act as advisors for the group. While she said that she was nervous at first to be the president of SWIC, she has grown into the role as time has continued.

Kristina Vangel, a junior computer science major, joined the club at the end of the fall 2021 semester. She said that she wanted to get involved with a club after returning to campus after the COVID-19 pandemic, as many student organizations were not meeting.

“I was trying to search for clubs that were interesting and I heard about this one in a math tutoring session, so I figured I’d join,” Vangel said.

Vangel also said that the club is fun and that the members have helped her with difficult assignments in her major, which she appreciated.

Ryan said that she sees computer science as very important to the future of the world and working with this group is important.

“It’s really important to have these meetings and communication and friendship between others in this same group as us, so we can learn how to communicate with people in our future teams,” she said.

The group also has members who double major in other fields such as cyber security and data science. Many of the students in these majors have overlapping classes and often see each other through classes.

Ryan also said that although the group is named Society of Women in Computing, it is open to people of all genders. She also said that she expects the club to continue to grow, with the group adding more seats to its executive board and getting more funding from the Student Senate next year.

A conversation with Karen Topakian