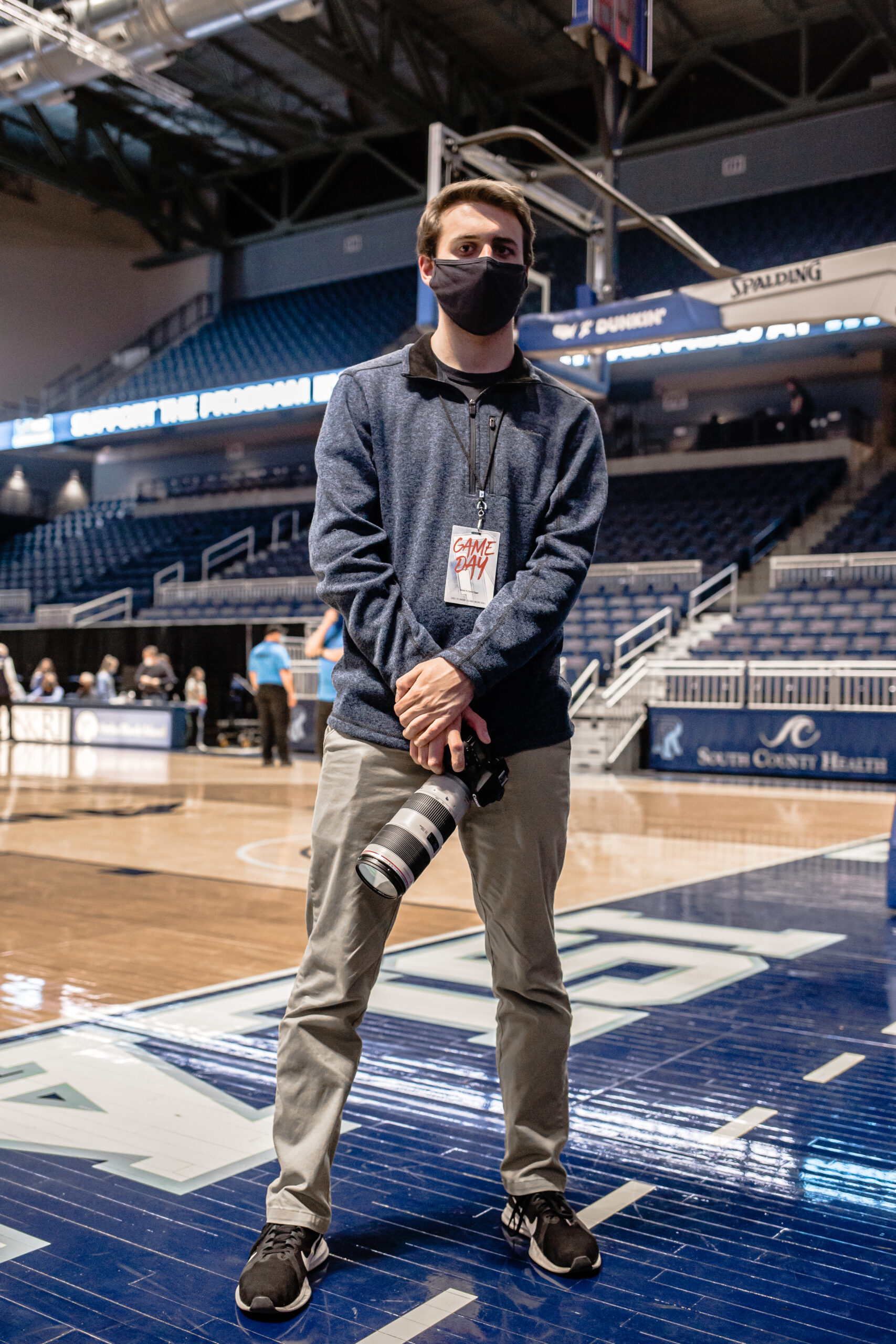 I never intended on joining The Good Five Cent Cigar. During my fall semester freshman year, Kayla Michaud, who was the entertainment editor at the time, asked me to photograph the play that was about to open on campus. I had nothing better to do, so I said yes. From there, I began going to weekly meetings. By the next semester, I had already been elected as one of the staff photographers.

Out of the current group of staff photographers, including even the photo editor, I have been part of the photo staff the longest. Although journalism is not the career path I plan on taking, this paper has given me a creative outlet over the past four years to both hone my skills and gain new and incredible experiences and memories.

During my spring semester freshman year, I was given the opportunity to photograph my first Division I women’s basketball game at the Ryan Center. I immediately fell in love with it. Being able to sit on the court and take photos during the game will forever be one of my favorite memories at URI. I will never forget the feeling of walking into the Ryan Center for the first time to photograph the women’s team. Since then, I have been able to photograph both the women’s and men’s teams throughout my college career. Photographing basketball games became a staple for me at the Cigar. I would say yes to every game I could go to. When the pandemic started in the spring of 2020, I didn’t know if I would ever be able to photograph another basketball game. However, by the next year, I was fortunate enough to be back in the Ryan Center, taking photos for the biggest sport at our University. Although I wasn’t able to sit on the court, the feeling of being back was the only thing I needed. It was during this time where I was given the ability to photograph Fatts Russell’s last ever home game at the University of Rhode Island, wearing his iconic crayola sneakers.

Not only have I had the opportunity to photograph Division I sports, I have also been fortunate to photograph the very few concerts URI has been able to host. I was able to photograph Machine Gun Kelly’s concert when he came here on his tour during my fall semester sophomore year. I had always wanted to photograph a concert, but never thought I would have the opportunity to do so. COVID-19 had unfortunately taken away most chances for me to photograph concerts. However, I was lucky enough to do one more in my final semester at URI when Dominic Fike performed last week. The feeling of being in the pit, between an artist and the crowd, is one of the most chaotic and greatest experiences I have ever had. I hope to experience it again in the future.

A special thanks to Kayla Laguerre-Lewis for keeping my theatre photo tradition alive when she was entertainment editor. As a friend and roommate, I am excited to see where we both end up.

Melissa Marchese, although we lived next to each other freshman year it took almost a full semester to actually talk and become friends, it was thanks to the Cigar that we finally did begin talking and I am so happy for it. You have been my best friend since we met. Thank you for going on this journey with me for the past four years.

So after four years, thousands of photos, countless basketball games, two concerts and many memories made, my time as a photographer at the Cigar has come to an end. Thank you to everyone who has been involved with the Cigar and who I have had the pleasure of working with over the past four years.