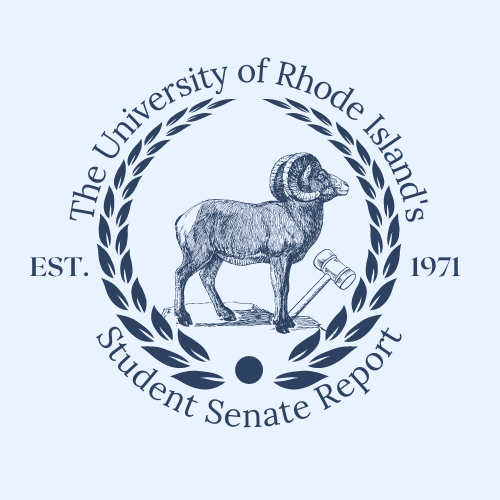 This week from the Senate floor: opposition to dining plans, hopes to make communal bathrooms a safer environment and events around campus.

Before any events, announcements or policies passed, President Grace Kiernan announced an executive order for everyone to take their daily BeReal photo, as she was notified minutes into the Senate meeting.

As elections are coming up on Nov. 8, the Senate was reminded to “Vote Yes On One” to allow a $100 million grant to the University of Rhode Island’s Bay Campus to fund renovations and other needs on the campus.

As the Senate continued on to general proceedings, the Academic Affairs Committee reminded students that registration for J-Term classes is open and will remain open until Jan. 2, the first day of J-Term classes.

The committee also updated the Senate on its progress with last week’s bill regarding attendance policies. They are working to bring the bill in front of the Faculty Senate at their next meeting in order to better solidify and unify attendance policies across professors.

The Cultural Affairs Committee is working on meeting with dining services to create a student board that works with them to better represent food diversity in the dining halls. The board would exist to help create more diverse dining experiences for students. The Committee is still working on hosting a fashion show on Nov. 17, as well as a Cultural Dance-Off on Nov. 29. In addition, they are still working on organizing an event to teach students about administering Narcan.

The Campus Affairs Committee commented that the Union Express is still dealing with issues regarding long lines and waits at the mailroom, but that progress is being made. URI has applied for two more Amazon Hubs, similar to the one outside of Hope Commons, to be placed in other areas around campus to lift the burden from the mailroom. The University plans to apply for more.

Before moving forward, Kiernan called for everyone to do their best to stay well and be safe. Following her announcement, Kiernan swore in three new senators — Blessing Oydele, Mia Confessore and Leslie Pineda Hernandez.

Four new bills were brought to the Senate floor, with the first being extra funding for repairs and maintenance of the North Woods Challenge Course. The course previously received $20 thousand for repairs after it was damaged during a tropical storm, yet when the repairs were put to bid, the best offer surpassed the given funds. This bill looks to allocate the rest of the required funding to fix the course. The bill was not voted on and is expected to be voted on in their next meeting.

The second bill on the floor looked to recognize the URI Pickleball Club as a Senate-recognized organization. This bill was passed unanimously.

The third bill passed focuses on communal bathroom safety and security. Within the residence halls, many of the shower stalls are only separated from the public area by a curtain. The goal of this bill is to make the communal bathroom showers in residence halls more secure and private by installing doors on the stalls. As well the bill looks to provide stalls with taller doors. After a discussion with Housing & Residential Life about the requested safety changes, the bill reached the floor and passed.

The last bill considered on the Senate Floor this week asks Dining Services to consider reverting their dining plans to those of the 2021-2022 academic year. This would mean returning to Grab-and-Go’s and meal swipes rather than the widely opposed Dining Dollars.

In preparing to write this bill, Campus Affairs Committee Chair Cameron Chardonet asked over 100 students whether they preferred the old system or the new, with Dining Dollars receiving almost universal opposition.

Students were told Dining Dollars would be able to be used in far more locations than they have actually been usable. Meal plans are receiving fewer Dining Dollars than the equivalent value in swipes that were available last year, as well.

The Senate hopes this bill will help shift the opinions of Dining Services, and they are aware that they need to act soon. They want the meal plans reverted before everyone who experienced the previous plan graduates.

The Senate is aware that students living on campus are a captive market and are at the mercy of Dining Services with their meal plans. The bill passed unanimously and will be brought to Dining Services as soon as possible.

The Senate will not meet next week due to Election Day causing a shift in schedule. Instead, they will meet next on the following Wednesday, Nov. 16.