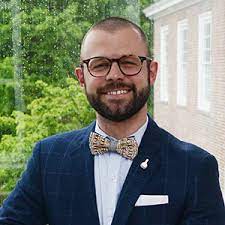 Ryan Chapman reflects on work with USA track and field

Ryan Chapman, assistant professor of kinesiology at the University of Rhode Island, has lived an interesting life working for Nike designing shoes and teaching kinesiology with a degree in biomedical engineering.

When he was at Dartmouth, he started using wearable technology, using machine learning as well as artificial intelligence to try and figure out how to help people move more efficiently after joint-replacement surgeries

“Monitoring their rehabilitation, figuring out can we help them recover quicker, essentially,” Chapman said. “I did a postdoc there for three years and now I’m here. So I run the biomechanics of wearables.”

It took Chapman a while to get his Ph.D. because in between his time at school, he took a year off after completing each program. He worked for Nike after receiving his bachelor’s degree, and did biomechanics analysis for USA Track and Field. He also ran a sports performance lab at the University of Virginia.

Growing up, Chapman said that his parents were both professors and were working on getting their Ph.D.s when he was between the ages of five and 10. He said that they inspired him to get into teaching because that’s what he was surrounded by his entire life.

Even though he has a degree in biomedical engineering, he teaches kinesiology courses at URI. Chapman said that it is an interesting field and how he ended up going the route of kinesiology after applying for engineering faculty jobs.

“This job here, specifically URI in the department of etiology, is sort of this nice, balanced, blended position,” Chapman said. “Kinesiology, as a field, is the study of humans and how we interact in essence with the healthcare system. And so my background is really in using cool technology to figure out how we can help people move better, and that’s right in the kinesiology wheelhouse.”

Chapman also mentioned how physiology is also interdisciplinary and nimble. Taking a look at the kinesiology department, they have people who do biomechanics and scientists who specialize in certain fields of studies like cardiovascular studies, aging, women’s health and others who study virtual reality. Chapman really likes the interdisciplinary nature of this, and it  allows him to do good science with high quality students that they have.

Chapman also has a very interesting and suiting hobby for someone with an engineering degree, which is collecting Legos. He primarily has Star Wars Lego sets in his office, and made a joke about how his wife gifts him one big set every year, but makes him keep it in his office so as to not throw off the theme of their house.

“I honestly think of the almost three years I’ve been here he’s probably been my favorite,” Hugyo said. “I like the way he lays out the class. He’s very organized, very laid back. But will still make the message clear on what needs to be done and how to go through all these processes.”

Chapman said he highly encourages people who want to learn in the field of kinesiology to be patient and not be frightened by the math and science of it all. According to him, he can teach the tough stuff, but he cannot teach passion.