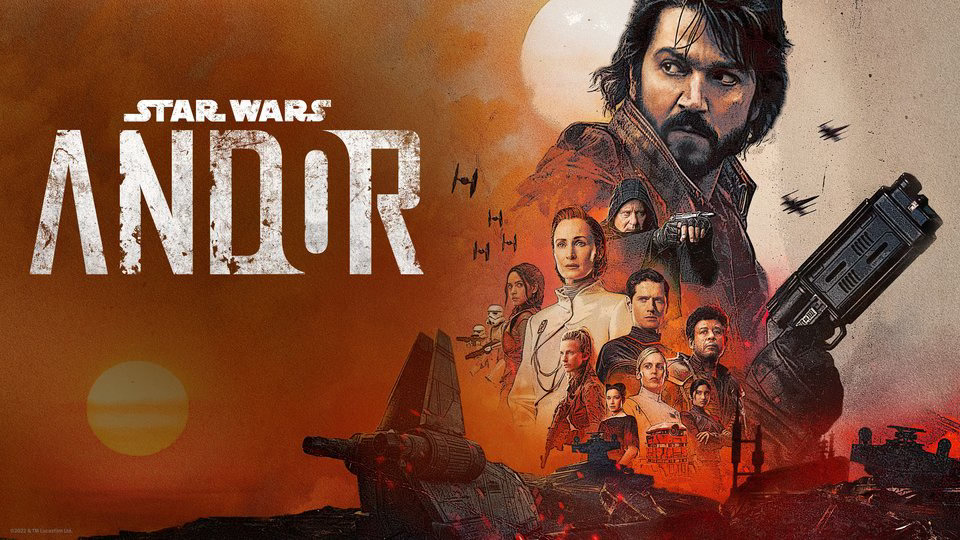 Star Wars “Andor” was underhyped and under-marketed leading up to its release this fall but goes above and beyond what most Star Wars fans expect from their weekly streaming releases: With depth, nuance, and incredible pacing for both its atmosphere and characters, “Andor” is an unexpected masterpiece that many had written off but all are now praising.

“Andor” is a prequel series to the 2016 film “Rogue One” that came out during the period the sequel trilogy was being released. It’s been six years and a worldwide pandemic since the film was on everyone’s minds, but many fans praised it for its war drama aesthetics and more grounded feel in the Star Wars universe, showing the original trilogy’s rebellion from the perspective of the soldiers and outlaws, not just the mystical Jedi.

“Andor” takes this concept and expands on it tenfold, showing the galaxy our heroes live in at a time when the evil Empire is in control of everything and an open rebellion is years away. Director Tony Gilroy and main lead Diego Luna return from “Rogue One” to show the origins of not just his character, Cassian Andor, but the very rebellion itself.

Many fans didn’t expect much from the show, considering it was centered on a character that met his fate at the end of “Rogue One.” In a universe flush with characters whose stories are just emerging, why go back and revisit a character who’s just going to die in the end anyway?

The actor who portrays him, though, gave an enlightening response on working on a show with your character’s fate already cemented.

The actor still gave the role his all, even knowing how it ended for him, which shows in his performance, and even in the themes of the story that was told over the course of the twelve episodes.

The plot of the show follows Andor five years before his appearance in “Rogue One,” starting as a thief and a scoundrel on an Imperial-occupied planet, laying low and just trying to get by before being offered a place in the newly forming rebellion. The show has a wide range of characters, with multiple subplots lightly interconnected by the characters and, more importantly, the themes of the show.

Cassian’s struggle to find his place in this growing movement is only one part of a very large picture each episode paints, including perspectives from the fascist secret police sent to stop him, the shadowy rebel leaders behind the scenes and a prominent senator in a failing democracy looking to aid the revolution through politics. Every character overlaps with another, each perspective adding to the show’s larger antifascist message.

Each part of this show knocks it out of the park in terms of performance. The story is tense and engaging, even with its slow pacing and down-to-earth scope. The characters are exceptionally believable and well-acted. The dialogue is award-winning: Stellan Skarsgård gives a jaw-dropping monologue in the later part of the series that will be remembered by all fans of the show.

The atmosphere and set design are on another level from shows in the past, with Gilroy opting not to use the infamous volume technology first pioneered by “The Mandalorian” in 2019 and building fully practical sets that add to the real and lived-in feel of all the locations.

For many fans, this is exactly what the franchise needed, especially after the last two shows released, “The Book of Boba Fett” and “Obi-Wan Kenobi.” Both shows were highly referential to outside media and depended on cameos to keep audiences watching rather than doing the bold and creative work of making a new story from scratch as “Andor” does. Everyone involved in the making of the show put in the effort to make a fantastic viewing experience and the results are obvious: the best Star Wars show on Disney+ streaming currently, and maybe the best show they’ve put out this year.