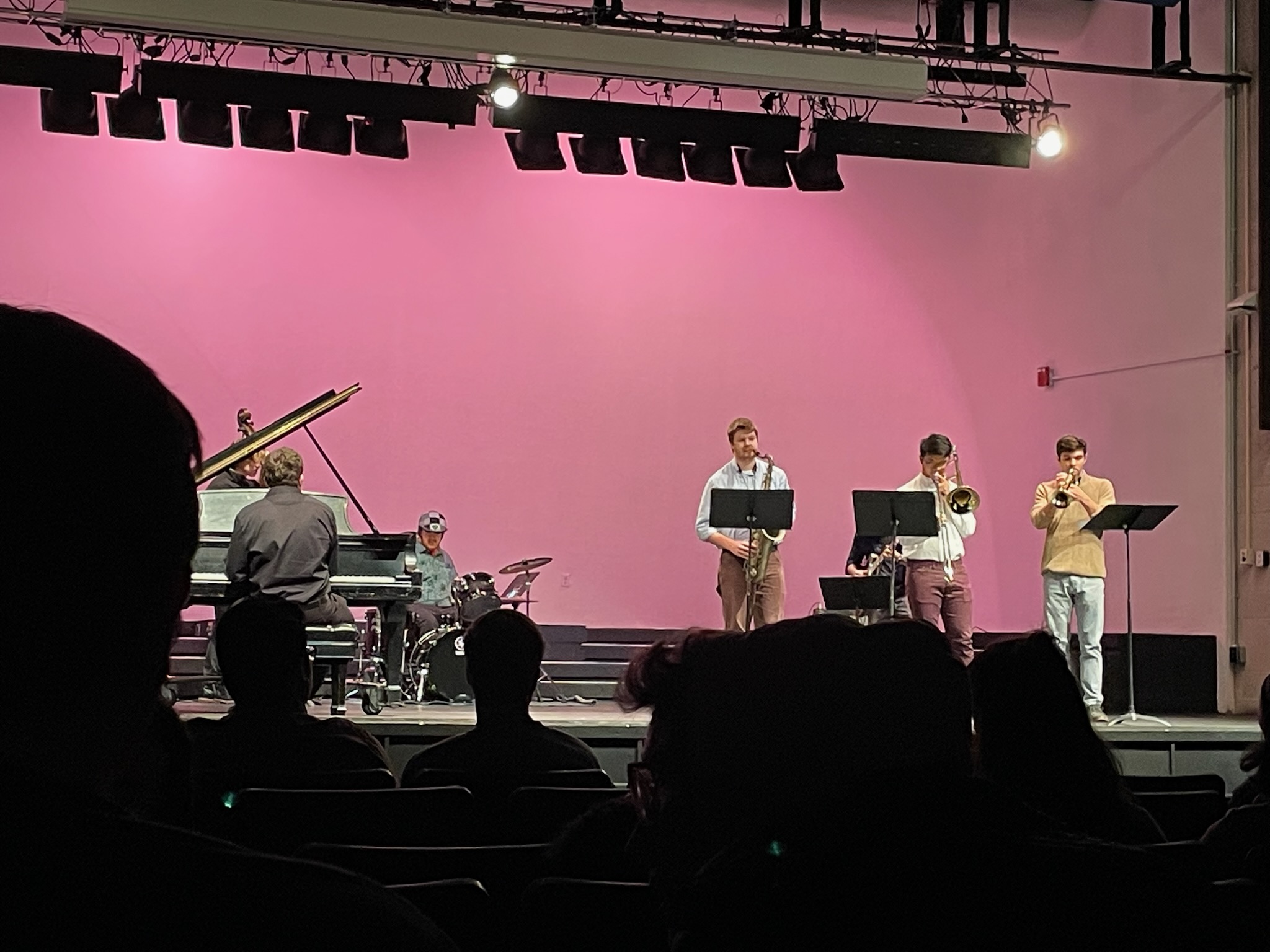 Each convocation is held weekly by the College of Arts and Sciences as well as the Department of Music. Students, faculty and “special guests,” according to the URI website, offer live music as well as a discussion after their performances.

Connaughton later discussed what types of characters are his favorite to portray on stage and what comes most naturally for him.

“I love to be angry on stage,” he said. “And I love characters who are extreme. I like playing a character where I get to be really expressive because I think I’m just a very expressive person naturally so it translates well to being on stage.”

Following Connaughton was Abby Hang on violin with Nathaniel Baker on piano. Hang performed the 1710 piece “Allegro” from “Violin Concerto in a minor” composed by Italian composer Antonio Lucio Vivaldi and arranged by George Perlman. This was a much more melodic and smooth classical piece and the audience practically screamed with joy once it ended.

Hang spoke about the challenges of learning a section of the piece which included playing accented notes at a much higher volume.

“The only challenges I faced throughout the whole entire piece were just the slurs and separate notes that are supposed to play,” Hang said. “The first few notes are slurred and then the second beat is separate notes so it kind of messes me up.”

Karli Belyea took the stage next with flute in hand and David Gilliland once again on piano to play the 1902 song “Concertino” from French composer Cécile Chaminade. Belyea, clearly well practiced on the flute, played a piece that was calming in some moments and chaotic in others, though it was obvious that the chaos was always under her control. The sounds of the piano and the flute accompanied each other nicely and led to another surge of applause from the audience.

Belyea shared her exercises she uses for tone and keeping wind out of her sound.

“At the beginning of every practice session I start out doing long tones and I really try to focus on having good breath support,” Belyea said. “And after that it’s just trying to be aware of it.”

Continuing with the pattern of solos, George Clark took the stage next with nothing but his guitar on his lap and plucked out two songs; 2009’s “Spanish Study” from musical artist Michael Lucarelli and 1933’s “Malagueña” from Cuban composer Ernesto Lecuona. Both pieces managed to be intricate and slow as well as short and sweet and flowed into each other nicely.

Clark discussed his inspiration for playing these two pieces.

“Some of the lower key pieces and those bass notes, I think it sounds good contrasting with some of the high notes that I play along with it,” he said. “Within those two pieces they kind of bounce back and forth between low notes and high notes so I like the contrast.”

Soprano vocalist Bianca Zani followed next with Nathaniel Baker once again on piano. Zani provided a nearly operatic version of the 1724 song “Non Disperar” from German-British composer George Frideric Handel and the 1946 song “What Good Would the Moon Be?” from German-American composer Kurt Weill.

The second piece in particular also allowed Zani to be a bit more theatrical and this level of stage presence mixed with the vocals themselves resulted in more screams from the energetic audience once her performance was over.

Zani spoke about her process of increasing breath support for the higher notes.

“Breathing in on ‘ah’ vowels every time I breathe in,” Zani said. “And for the higher notes, I focus less on getting them out and just do it. Which is, like, the only thing that we can do.”

Jayden Weichtmann followed with his clarinet and, as the baton continued being passed back and forth, David Gilliland returned to the piano. Weichtmann played the 1942 piece “Sonata for Clarinet and Piano” from American composer Leonard Bernstein, an entrancing and hypnotic piece that benefited greatly from the two distinct instruments being used.

Weichtmann described what the hardest part of learning the music was.

“The most difficult part of this piece was that a lot of it was right in that third register which sounds absolutely disgusting so trying to get it to sound nice was extremely hard,” he said.

The final performance of the convocation was a septet of students; Jude LaRoche on tenor saxophone, Luca Simeone on trumpet, David Canavan on Trombone, Jonathan Cabral on guitar, Wyatt Crosby on upright bass, Andrew Dyson on drums and Mason Tucker on piano. The group performed the 1929 song “Ain’t Misbehavin’” from American jazz pianist Thomas “Fats” Waller and arranged by Mason Tucker. The upbeat, bouncy piece was a great way to end the convocation on a high note and keep everybody in attendance bopping in their seats and giving possibly the largest crowd reaction of the concert.

And with that final thunderous round of applause for the performers, the ninth music convocation concert came to an end.

The convocation takes place every Friday at 1 p.m. in the Fine Arts Center Concert Hall and is open to anyone who would like to come.