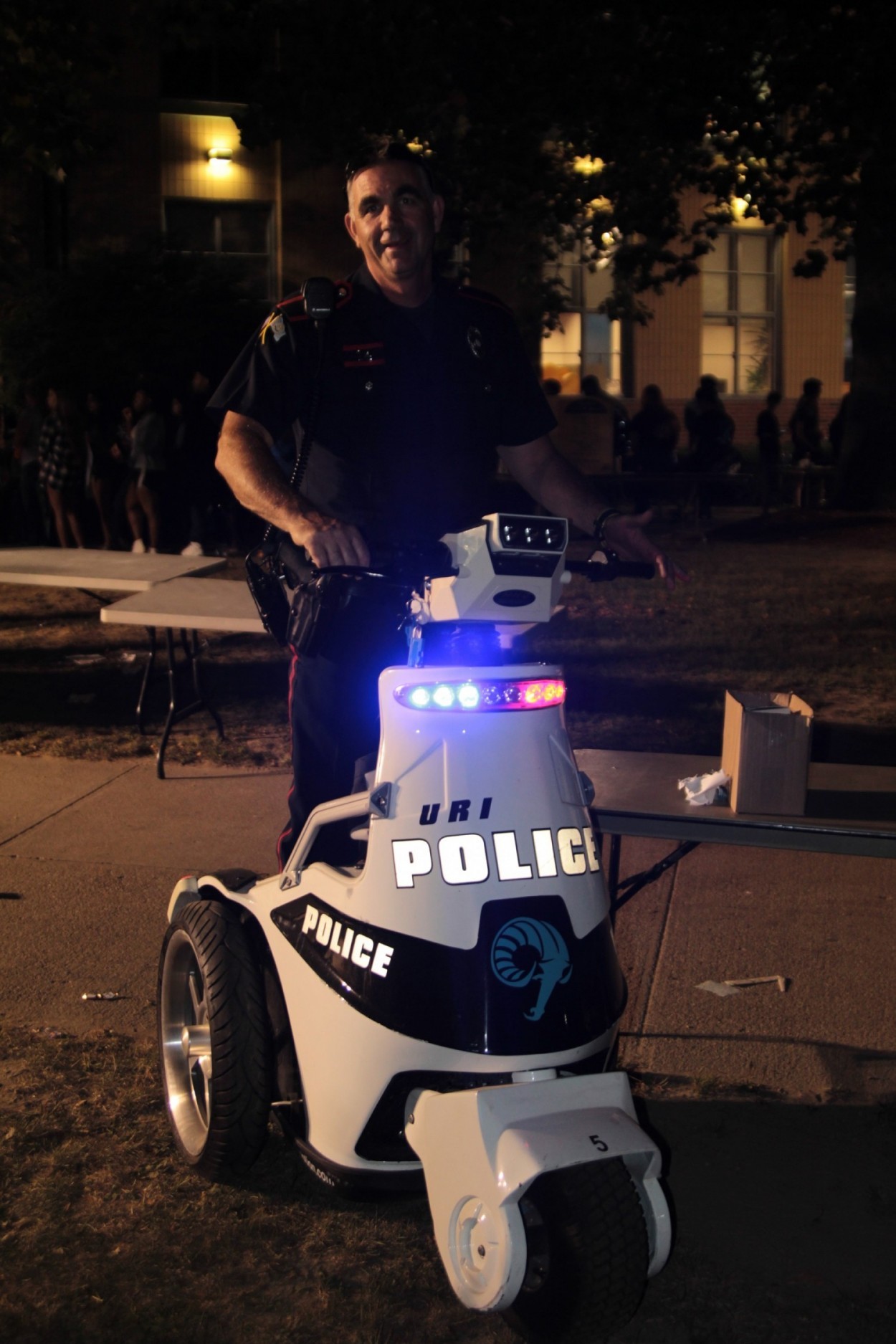 The three-wheeled Segway students may have seen University of Rhode Island Police riding around campus on is a part of newly appointed Major Michael Jagoda’s effort to increase community policing at URI.

The Segway is not entirely brand new, Jagoda said. Â The police department has had it for three years, yet only started using it regularly in May 2015.

“I came for graduation and saw the positive effects,” Jagoda said. Â “People were engaged with the officer riding it and approaching it.” Â

Jagoda, who was previously a commander with the Connecticut State Police, is a supporter of the concept of “community policing,” where officers make efforts to increase interaction with community members. In addition to an increased use of the Segway, Jagoda has also implemented a greater amount of bicycle patrols.

“We’ve revitalized the bike patrols,” he said. “We didn’t have any certified officers, so we sent a few to bike school.” According to Jagoda, 11 officers went through a week of training, ranging from use of force to how to fall while riding a bike.

Jagoda said that previously, students had expressed concerns that officers were not approachable. Â This, he said, was due in large part to the fact that the police cars that officers had primarily used to patrol, could not access many parts of campus, limiting patrols to the main roads near dining and residence halls. Â

“The cruisers were not where students were,” Jagoda said “So this was a good opportunity to put officers on bikes.” Â

The officers on those bike patrols, Jagoda said, have been very receptive to the idea. “It was something they really wanted,” he said of his officers. Â “They wanted to be more engaged and have a partnership with the community.”

As for the Segway, Jagoda said it’s simply a better way of getting around campus. “Police cars have a hard time getting around,” he said, referring to the small paths and walkways on campus that are difficult to navigate for cars. Â The Segway gives the officer using it increased mobility and also puts the officer up higher than he or she would be on foot. Students, according to Jagoda, have expressed that they feel safer as a result of the police being more visible.

One on one engagement with students is “really important in our field nowadays,” he said, referring to the many cases of excessive police force that have been highlighted by the media. “We need to have trust of our students. We want them to have confidence in the police department.” Â