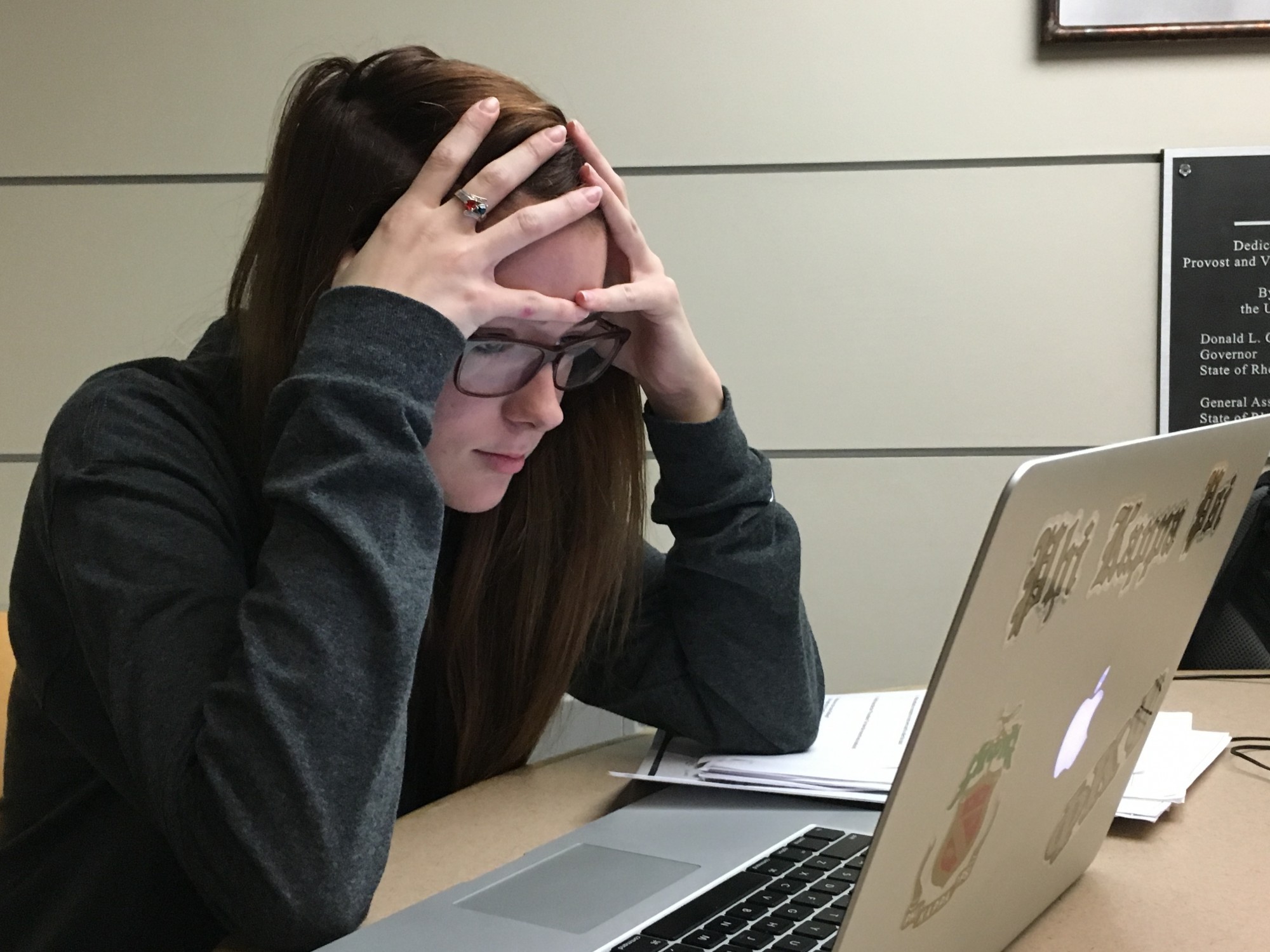 University of Rhode Island freshman Allison Smith was diagnosed with a concussion on Oct. 19 of this year. As she met with her professors to explain her situation, Smith said her professors were understanding and accommodating, except when it came to chemistry 101.

She followed university protocol: met with the department of Disability Services for Students, provided the necessary documentation and was given a notice outlining her disability along with the request for accommodations in the classroom.

Her professor, Shahla Yekta, refused to reschedule a makeup exam for Smith, even in her concussed state. In an email exchange, Smith asked Yekta to â€œconsider giving her more time to take the testâ€ in accordance with her disability notice.

Yekta refused, and said she â€œdoes not offer extensions on exams,â€ and cited that this kind of situation was the reason for the â€œdrop optionâ€ in the syllabus.

â€œIf you are well, you can try the exam, and if it doesnâ€™t go well, this can be your drop exam that you can make up during the final,â€ Yekta said in the email.

Additionally, Smith asked for an extension on her online homework, to which she received the same response: that the lowest homework grade would be dropped.

As part of her treatment plan, Smith said she was not allowed to look at screens, do any real school work and was put on bed rest until her doctor cleared her of her concussion symptoms.

â€œI first went to disability services, and they said there was nothing we could do, that itâ€™s the chemistry department that isnâ€™t following the rules,â€ Shission said. When he went to speak to Yekta, â€œshe said that the [concussion] was not a disability, there was nothing she could do.â€ Shission also tried to speak to the chemistry department, who said the same thing.

Upon going back to Disability services, Shission was told that this was â€œa common problem with the chemistry department for years.â€

Yekta and Bill Euler, chemistry department head, declined to comment. Director of Student Life and Disability Services Pamela Rohland would not comment directly on this case, but said that â€œit was very rare that a professor or department â€˜refusesâ€™ to provide an accommodation.â€

â€œWe have good collegial and respectful relationships with all colleges and academic departments,â€ Rohland said.

Smith was cleared of her concussion a week and a half after the rest of the class took the exam. When she asked again to retake the test, Smith was given the same answer.

â€œYouâ€™re saying that the student is forced to take a zero because of a temporary disability?â€ Shission questioned. â€œWhether or not itâ€™s temporary or permanent, itâ€™s still a disability.â€ He argues that it is illegal that Smithâ€™s disability is being ignored.

While the Americans With Disabilities Act does not hold short-term injuries, like concussions, to the same standards as permanent disabilities, disability services states on their website that â€œURI Disability Services for Students may, in good faith, as space and resources allow, be able to assist with non-ADA environmental adjustments and to help facilitate the studentâ€™s inclusion in the community on a temporary basis.â€

Now, nearly a month after the incident, Smith is still facing problems from her concussion. This past Monday, Smith went back to Health Services when she realized her concussion symptoms were getting bad again.

â€œI think I went back to work too early,â€ Smith said. â€œI took two exams before break; even then, after the first test, I had a mental breakdown and almost started crying during my exam.â€ She described taking the exams as â€œhorrible.â€

Health services ordered an MRI, as her concussion symptoms should not be lasting this long, she said. Even though her MRI came back normal, health services referred Smith to a neurologist.

â€œItâ€™s still pretty bad and itâ€™s been a month and a half, itâ€™s not okay,â€ Smith said. â€œI donâ€™t know if that has to do with the work I was doing. I was still doing my homework for chemistry, and was expected to study and pass my classes.â€

In hopes to salvage her chemistry grade, as itâ€™s a necessary class for her biology major, Smith is in the process of dropping two classes to spend more time on chemistry. â€œI canâ€™t fall behind, I need chemistry,â€ she said. â€œI wish I could just do away with it, but I have to take Chem II next semester.â€